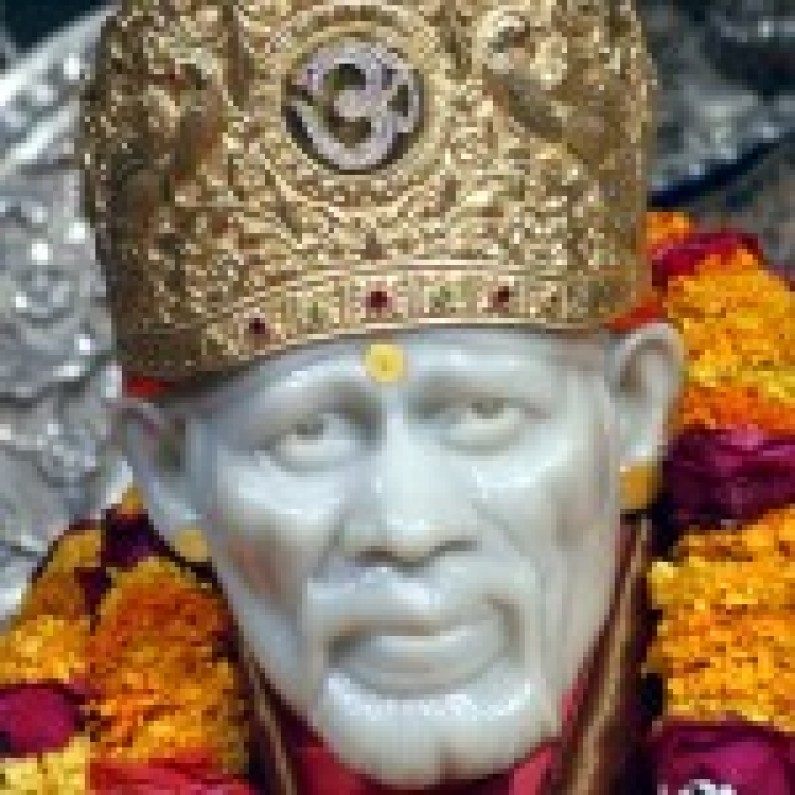 The Saint Sai Baba of Shirdhi was also known as Siddha purusha. This was so as he had control not only over the mind and soul of his devotees but also over the five elements that rule the world. That is air, water, earth, fire and ether.

It is well proved by this incident that we are going to discuss now. One day a group of his devotees who had arrived from Mumbai to meet him, were about to start their journey back.

As soon as they stepped out a storm approached. Making it difficult for them to leave Shirdhi, the Baba saw this. He wanted to help his devotees so he requested the storm to go back and exactly few minutes later the weather changed completely and the sky became clear. The devotees were surprised to see this sudden transformation.

The Saint Sai Baba of Shirdi loved his devotees and he wanted them to live a life full of love, devotion and peace. He knew that faith in god can transform lives of his followers. He performed miracles not because he wanted to impress people. He just did these to ensure that people start believing in the eternal power of god. He would bless childless couple with children. He would cure severely ill people but he did all this just to ensure that people start believing in the powers of god and respect it. Faith can make life beautiful and meaningful. This is clearly proved by the teachings of Sai Baba.

He wanted to harmonise the whole world into a single faith and ensure that the difference of cast and creed is abolished forever. His teachings were simple and were designed in such a way that all people irrespective of age and intellect can understand them. One day a very rich man came to him. The rich man wanted to attain Brahamjnan (the way that leads to god). The Baba started to speak on the topic. Then suddenly he called a small boy and told him to get five rupees from his neighbours.

The boy would go and come back but he would not be able to get the money as either the people were not at home or they were occupied. The rich man all this while was getting irritated. This is exactly what the Baba wanted. He later explained the rich man that to reach god he will have to do away with the five hurdles that are the five pranas of life forces, the five senses, the mind, the intellect and the ego. The Baba told the rich man that he had two hundred and fifty rupees in his pocket but he could not give even five rupees it to the Baba all the while when he was asking the boy to get the money. This shows that unless you do away with worldly pleasures you will not be able to reach god. A simple way was used by the Baba to prove his point.

Once there was a doctor his friends were going to Shirdhi so they took him along with them. The doctor told his friends that he would not bow down in front of a Muslim saint. His friends told him to come along at least. He joined them unwillingly. When he reached Dwarkamai (this was an old mosque where Sai Baba used to stay) he was surprised to see that Hindu rituals and Pujas were being performed there. All of a sudden he was seen at the foot of Sai Baba. He later told his friends that he had seen lord Rama and not Sai Baba. This incident again proves the fact that how Sai Baba was not religious. He preached and practiced the fact that all religion takes us to the same destination that is god.

Sai Baba was a self-proclaimed fakir. Every day he would go begging to his devotees as he was a pauper. All day long he would collect a lot of money and food that he would again distribute among the poor and become a pauper again. This was his daily routine. He wanted his devotees to develop the ability to part with wealth and food. This also taught them charity. Distributing the wealth among the needy was a proof of the fact that he wanted them to love the poor and show compassion to all. This trend is followed in Shirdhi even today. Whatever Dakshina is collected a major part of it is used for charity.

The Sai Baba was also considered as someone who could see the past, present and future. He could read minds of his followers and find out their deepest thoughts and secrets. His followers would ask him how he wanted them to worship him. The rituals that they must follow, the Sai Baba would tell them that “just utter Sai Sai! I will save you from trouble. I don’t want any complicated rituals. Just have faith in me and I will take you across all the seven oceans.

He would tell his devotees to give their burden to him and he would bear it all. This is the amount of faith that he wanted people to have on him. He indeed had come to take away the entire burden from the people. Sai baba never wrote down his teachings in any book. His teachings were mostly verbal. Later some of his devotees have written books on the incidents that revolved around his life and his divine experiences.

The Sai Baba of Shirdhi had passed the greatest test of all time that is resurrection from dead. In the year 1886 he left his body. He told his followers not to bury his body for three days as he would come back. This is what exactly happened. He did come back after the third day. He told his followers that we will take maha samadhi. They followers should offer prayers at the Samadhi and he would listen to their prayers always. This was his promise and his temple at Shirdhi is a proof of this. The followers belive that even today he lives there, anyone who comes there will not go empty handed. He will grant them the wishes that they have. On 15th October 1918 he took the Maha Samadhi that is now a very popular pilgrimage in Maharashtra. Every year numerous devotees come there to offer prayers. There is a Shirdhi Padyatra mandali; this is a group that operate from Mumbai. Every year thousands of devotees walk all the way from Mumbai to Shirdi. Some even walk barefoot for days. This enthusiasm and dedication shows how popular Sai Baba is even today.