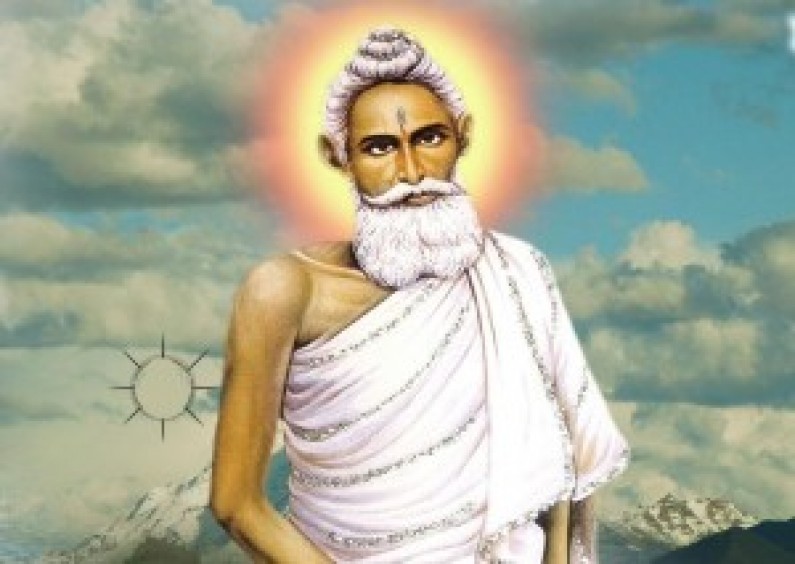 Baba Lokenath was a living God as his followers claim. Many say that he is still alive and comes to help those who need his grace and blessings. Well whatever the case may be we will have to know why exactly do people claim this. We are now going to mention some of the miracles that Baba Lokenathhad performed during his lifetime. Miracles that made his followers compare him to god himself. The miracles are indeed such that anyone would compare him to God. Because only god can do what he had done in his lifetime? His miracles show how much love and compassion he had for the people of the world. Sometimes he would be very rude to his followers. He would tell them clearly that their sufferings are a result of the wrong deeds that they had done in the past. He would make them meditate and do yoga so that they can purify themselves from within.

There was a very ardent devotee of the Baba. One day he died his son invited Baba to their house he wanted him to come and pray for the soul of his dead father and also have dinner with them. However, Baba did not turn up.

Baba would mostly stay in the Ashram and he did not attend any social event. In this case he did agree.  The night of dinner came. All the guests came and left. The next day the man came to meet Baba. He told him that he was waiting for Baba but he had not come. Baba said he did come but he was chased away. The man was shocked who could chase Baba.

The Baba smiled and he replied that he had come to the house in the form of a dog and tried to have some sweets. However, the servants threw him out and also beat him with sticks. He showed him the wounds. The man was surprised and he started to cry and ask for forgiveness. The Baba in this act tried to prove very well that we must respect all animals that come to our house and treat them well.

Radhika Mohan Roy was a wealthy man and had immense richness. However, he once fell very sick and was paralysed. The hired the best doctors but no one could cure him. He was an immoral man and was involved in many acts that were illegal. The Baba had no mercy for such people. Nevertheless, when the wife of Radhika Mohan Roy heard of Baba she came to meet him. She was tearful and pleaded to Baba to cure her husband. He agreed and cured him. Within days the improvement was visible and he was fine except for his left hand that refused to cure.

Another incident of Baba’s miracle is absolutely unbelievable. Umaprasanna Nag was a big follower of the Baba. His wife gave birth to a healthy son but she died in child birth. The motherless child had no one to nurse him. As a result he became very weak. The father had no idea what to do he asked his sister Sindhuvasini for her but as she was infertile she could not help her brother.

Sindhuvasini met Baba and asked for help. The Baba agreed and he blessed Sindhuvasini with breast milk in spite of the fact that she was infertile. She started to nurse the baby boy who later grew up to be a big devotee of the Baba. He was named Brahmaprasanna. He made a temple for Baba in Kolkatta later.

There are many stories of barren women who would visit the Baba. He would bless them and tell them that they will soon have a child and he himself would come to their house. Many barren and childless women were blessed with children by the Baba. He would tell every woman that he would come as their child, perhaps because he was the supreme power and he lived in everything. So who else would come other than him?

Sri Chandakumar Dutta is another example of Baba’s miracle. He was a deputy magistrate of Dhaka. His wife was once very ill she could not talk and also was unable to pass stool and urine. Her state was pitiable. Sri Chandakumar Dutta pleaded Baba to help him. The Baba had by then cured some ninety people who were almost about to die. The Baba said that he would save the women and he did keep his promise. The woman stayed in Baba’s Ashram for about two months and recovered completely. The woman reached back home and her husband was very happy to get him.

He said being a Sanyasi why was he so keen on getting the money. This made Baba very angry and he took back all the blessings that he had given the woman. This caused the woman to fall sick again and the same problems reoccurred. The Baba did not want the money for himself, it was a promise that Sri Chandakumar Dutta had made and all that Baba wanted was to ensure that promises are never broken.

The Baba had a very ardent follower named Sri Biharilal Mukherjee in Dhaka. He was once in high sea. A storm hit the boat. The waves were so strong that the boatman was not capable of controlling the boat. As a result the people on the boat got scared and they started to pray. This was the time when Sri Biharilal Mukherjee remembered what Baba says. Baba always told his devotees that no matter where they are whenever they will call Baba in time of trouble he will come and help them.

He will full dedication started to chant the name of Baba. Here in the Ashram Baba could hear his voice and he told his disciples there that Biharilal was in trouble and he must save him. The boat was miraculously saved from the shore and was taken to the shore. No one was hurt in this incident.

These are some of the stories of Baba Lokenath’s miracles that he performed during his life. The stories are all true and can be proved. I hope you will be able to understand the divine grace of the Baba by this article. Jay Baba Mangalkari Lokenath Brahmachari! Just repeat these words three times once a day and when you are in trouble. You will soon feel his divine presence and his grace.  Keep faith is all that we would say.