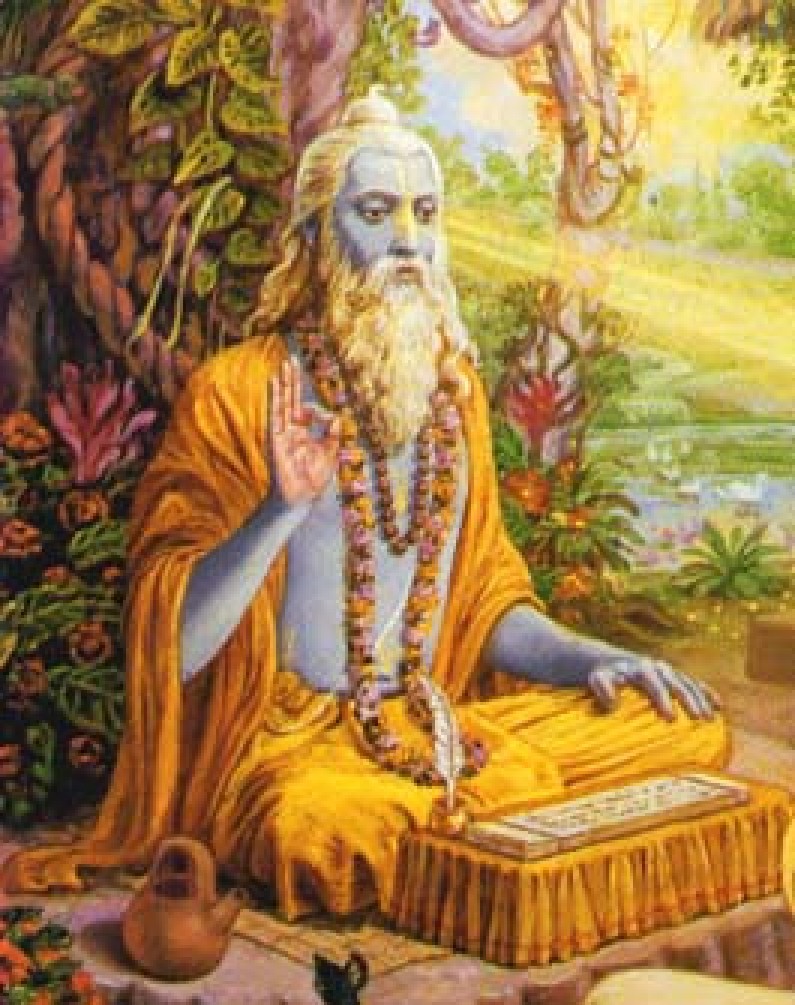 All the words of the Guru are considered to be the words of the teacher and it must be obeyed at all cost. We in this article will discuss what Guru Purnima is with more details. It is a festival that is dedicated to all the Gurus. It is celebrated by both Hindus and Buddhists. It is basically a day when the people thank their Guru for showing them the right path. It is called Guru Purnima because as the moon shines from the light of the sun similarly a student can shine only when he gets the light of the teacher. The Guru Purnima is celebrated on a full moon day between the month of July and August. The date of Guru Purnima changes every year. This day is to remember the great Sage Vyasa.  The various important scriptures written by him are as follows:

The four vedas were documented in written form by Sage Vyasa, though the knowledge he received was from his lineage of Gurus, the first one being Brahma

He was the one who wrote the eighteen puranas

Due to being the birthday of Ved Vyas, the Guru Purnima is also called the Vyasa Purnima. It is done to honour his divinity and personage
This is day when the first showers happen as a result the farmers also celebrate this day. They celebrate this day so that the harvest is good and they can have a good earning.

In the olden days the gurus would select the students and starting from this day for the next four months they would spend in learning and increasing their spiritual knowhow. This period was also called the chaturmas. They would study the Brahma sutra that was written by Vasya. They would also discuss the vedas and the other religious books of immense knowledge.

The Guru and Shishya parampara is a part of India’s rich cultural heritage. In India there are many stories that are associated with the stories of the guru and shishya parampara. The Guru Purnima has been a part of the Indian traditions for years and it still continues to be.

In the Sivananda Ashram at Rishikesh the Guru Purnima is still celebrated every year. It is the most grant celebration of Guru Purnima in India that you will see. In all the ashrams on the day of Guru Purnima the gurus and the devotees wake up as early as four in the morning. The devotees or the students take shower and dress up. They meditate on the guru. They chant prayers to please and thank the guru. Later in the day the feet of the guru is worshipped. The procedure of this puja is mentioned in the Guru Gita.

The feet of the guru is washed and then rubbed. Flowers are offered to the feet. The mantra that you need to say as you do the puja is as follows:

The translation of these lines mean the Guru must be worshipped and his feet must be considered to be the most respected. All that the Guru says is like a mantra and it must be followed without question. If this can be done then one will attain liberation. After the puja the snyasis and sadhus are offered food.

If you are a person who has a guru then you can follow the same steps as mentioned above. This will improve the bond between you and your Guru.

After today’s Guru Purnima (16 July 2019) the next will be on 05 July 2020. We hope that this article on what is Guru Purnima will help you to ensure that you celebrate the day with all the required procedures and pray a tribute to your guru who is the Brahma incarnated. Guru is the supreme guide and he must be worshipped with full respect and dedication on the day of Guru Purnima.