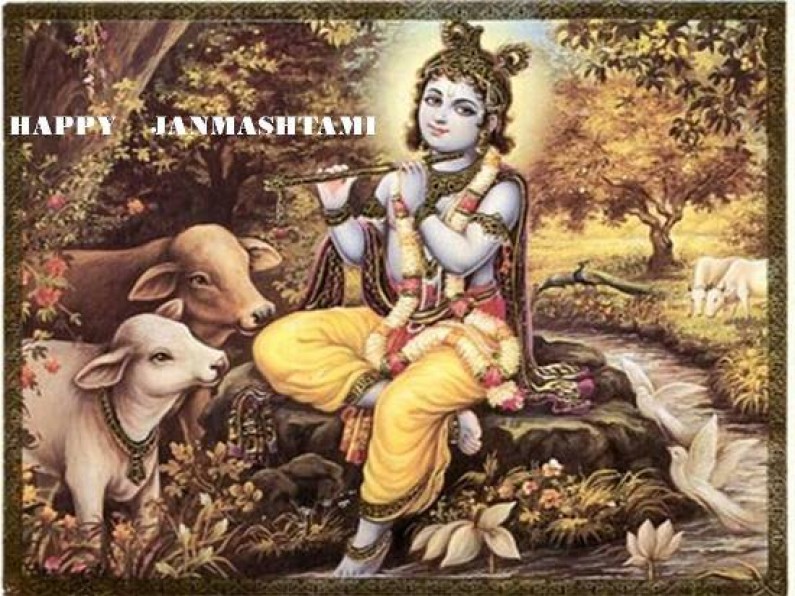 As we approach Sri Krishna Janamashtami midnight, many of us want to perform the Pooja of our beloved Kanha who is born on this pious night and receive maximum blessings. Ideally as we keep stressing many times at our website and articles too, that for doing a Prayer you do not need an auspicious time as long as you are wholeheartedly involved in it and do not perform it as a ritual but as something which is felt inside.

Timing of Pooja and Fasting for Sri Krishna Janamasthami

The traditions and customs do suggest some particular times and days when the orientation of the cosmic vibrations is such that it is easier to attune to such a state, because for a person involved fully in the saga of modern metro life it is not easy to get detached and Pray with devotion anytime. So it is better in such cases to take advantage of such moments

Sri Krishna Janamasthami is certainly one such occasion when the sayer of the Bhagwat Gita was incarnated on Earth. There is a long and interested story associated with the difficulties his parents had to face but they are already very popular so we will not repeat them, though we do suggest for all Krishna Bhaktas to take a look at them at any website/book etc if they are not aware of them.

It is a good thing to keep fast on Janamasthami and considered to be very cleansing.

And though no age can be defined for the Lord, estimates say it is the