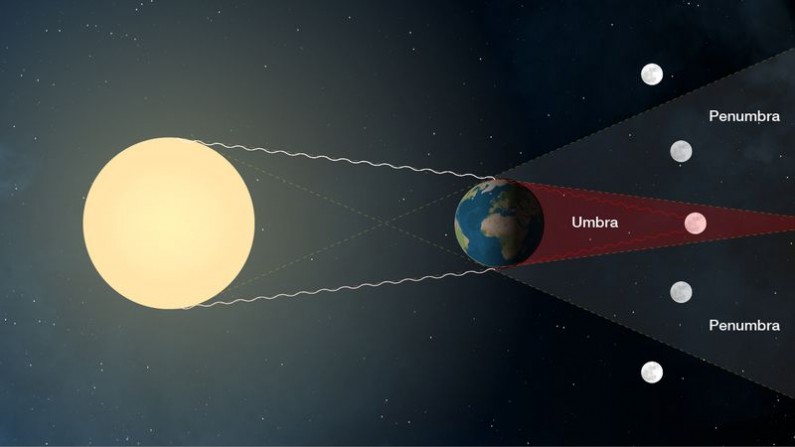 Today as we enter the last day of January 2018, get prepared to see a lunar eclipse which will be seen after a long gap of 32 years, while it will be seen in the United States after one and half century or 152 years. This will be a unique event which will be a combination of a blue moon, red moon and full lunar eclipse. Let us see why the terms blue and red or blood are used for such an eclipse. We all know that moon does not have light of its own but reflects the light of the closest star of our Milky Way namely our very own Sun. So when the lunar eclipse occurs the light from the Earth, which is also from the Sun, gets scattered into its spectrum colours (VIBGYOR) and the extreme end (Red) reaches the Moon giving it a reddish black colour, hence the name Blood Red Moon.

So you can see the significance of super, blood, red and blue moon so let us look at timings for this event at various places

Can I see this?