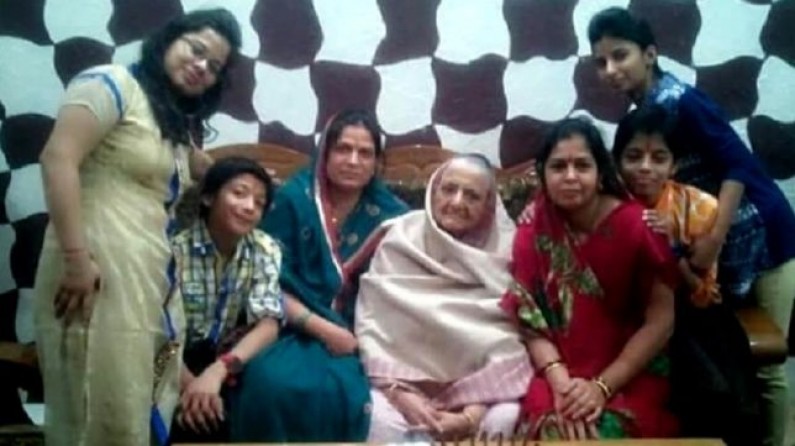 On 1st July 2018 an incident that took the nation by storm was the Burari suicide. We will try to discuss the different angles to this case. In the past too many such cases have happened but this case is very different from all that we have seen till date. Eleven members of the same family commit suicide by hanging themselves under mysterious conditions. All of the eleven members each from a different age and from a different stage of life all together. Lots of speculations are on to understand what might have happened to this happy and well to do family.

In the past also there have been cases in India of mass suicides like these. However, this case is very strange and cannot be explained. Lots of speculations are on and it is but natural to speculate about the mass suicide. A family of eleven members who seemed very normal to all. A family that was well to do and was running a business successfully.

The family shifted to Delhi from Rajastan about 20 years back. They were well connected to the extended family and also interacted with the neighbours on a regular basis. A normal family who did not suffer from any financial problems or social issues. The family also got their daughter engaged last month and the wedding was to be held by the end of this year. The suicide of a family like this was a shock not only to the neighbours but also to the extended family.

The eldest member to commit suicide was Narayani Devi who was 77 years old and lost her husband 10 years back. She was like the head of the family. Due to her age she spent most of the time in her room and on the bed. Narayani Devi’s three children lived with her and they were Pratibha who was 57 years old, Bhavnesh who was 50 years old and Lalit who was 45 years.  Bhavnesh’s wife named Savita was 48 years. They both had three children namely Meenu, Nidhi and Dhruv. The age of Meenu was 23 years, Nidhi was 25 years and Dhruv was just 15 years old. Lalit Bhatia’s wife was Tina and she was 42 years old. They had one son named Shivam and he was 15 years old. Pratibha’s daughter’s name was Priyanka and she was 33 years old. She was engaged and soon to be married. All these family members were found hanging from the ceiling. The door of the house was not locked from inside as a result one of the neighbours entered the house in the morning only to witness the horror of the whole family hanging from the ceiling and their dog Jacky tied up. This lady alarmed the neigbours and also called the police. The police did a routine investigation and realized that it was a case of mass suicide. No force was applied on the bodies. The body of Narayani Devi was found on the floor in another room and the rest of the family was hanging. The police immediately called on some of the neigbours and the rest of the family of Narayani Devi to question. Narayani Devi’s eldest son Dinesh, her daughter Sujata and the fiancé of Priyanka were called. All the three of them said the same thing that they had never felt that the family was in depression or that they would take such an extreme step.

The neighbors said that the family was normal and they never even heard any arguments. The police suspected that the suicide can be for some religious purpose and to attain salvation. It is possible that the family was under the influence of some Baba and practicing occult things. Although the remaining members of the family and even the neigbours do not feel they have ever seen or heard the family being involved in such things. The family was religious and did puja regularly. Some kids who played with Dhruv said that the kid would sometimes that that his father was possessed by the dead grand father. This was a huge clue for the police.

All that police is doing is just speculation as there are no strong proofs. The police feels that Dinesh was hallucinating about his father. He would claim that he spoke to the father and he would tell the rest of the family what the father had said. He was the primary source of this this disillusionment. That slowly spread to the rest of the family. Even his wife Tina must have been a part of this imagination that slowly got over the whole family.

On the night of commiting suicide the family had orderd for twenty butter rotis. The boy who had come to deliver the rotis was the last one to see the family alive. He too said the same thing that the family appeared to be absolutely normal and he could not see anything in the house that could raise suspicion. The police have found eleven dairies in the house that were written in the last eleven years since the death of Lalit’s father. Lalit would be possessed by the soul of his father and would dictate what needs to be done by the family. The dairies give a detailed account of how the hanging must be done and the bodies were found exactly in the same position and condition.

The dairy read that keep the water in a cup before you start with the ritual. Once the ritual is over the water in the cup will change colour. When that happens I will appear and save you all. You all will have to untie each other. Perhaps that is what the family was thinking that they will be saved by the soul of the father who was dead eleven years back. It is possible that none of them actually thought that they will die at the end of the ritual.

The family was religiously following what Lalit was telling them. He would here these points from the departed soul of his father. The family’s finances had improved a lot by following these instructions. Similarly Priyanka was also engaged after a long struggle. She was 33 years old and that is way beyond the normal age for women to get married in India. The family thought this would be a good way to thank the spirits for all the help.

We will continue the discussion on the Burari suicide case in our next article. The police are now trying to do an investigation on the angle of a psychotic disorder that the family might have been suffering from.