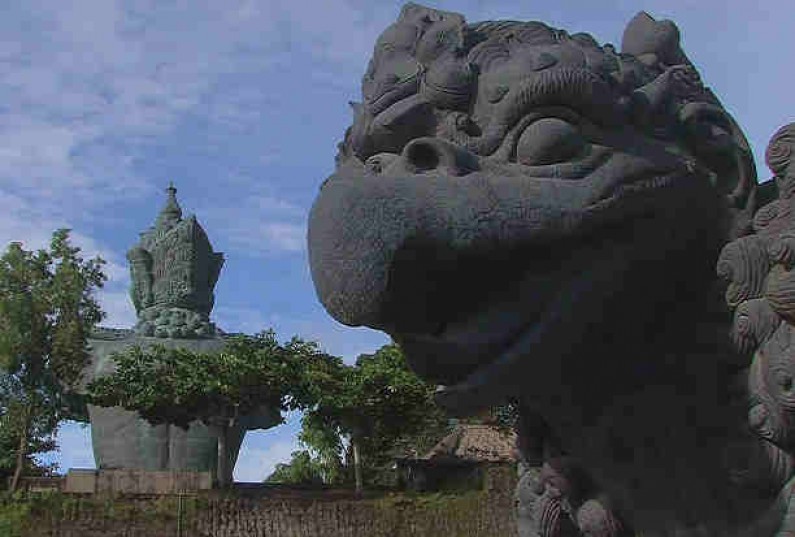 We all know that Lord Vishnu is considered to be one of the most important Gods in Hindu mythology. Vishnu is the only God in Indian mythology, one who has incarnated about nine times and the last incarnation is still awaited. These ten incarnations of Lord Vishnu are called the Dasavatars. In India many ancient idols of Lord Vishnu has been found and they have been kept in various museums. However, you might be surprised to know that that idols of Lord Vishnu were found in many parts of the world including Russia. We will now discuss in details about how these idols was found.

About 11 years back in the year of 2007 an idol of Lord Vishnu was found in Russia. This discovery changed the way we look at ancient Russia forever. In the Volgan region of Russia there is an ancient village called Staraya. The idol dates back to the seventh century. This region was densely populated 1700 years back. There is no mention in history about how Russia and India had a commercial or spiritual connection. These statues of Lord Vishnu however prove that there must have been a connection. Was it possible that Hinduism actually started from Russia and later shifted to India? The questions are many and the answers are not much. Staraya was a prominent city in Russia during the ancient times.

It had a huge population and many people used to come from different parts of the world to trade here. Maybe these artifacts were brought there for trading purposes. In the ancient scriptures or documents found there was no mention of such trade practices though. This only adds to the mystery. There are also reports of a Shiva statue found in Central Russia.

The Connection of India & Russia

Another bewildering fact is that there are many connections between the two countries. Including the fact that Sanskrit is considered to be the origin of the language that is used in Russia today. The similarity between the two languages is so high that it would not be difficult to believe that the speakers of these two languages lived very close to each other in the past. Europe has many languages but of all these only Russian language has a very close similarity with Sanskrit that can be noticed even by a common man who does not know much about hoe languages evolve.  The other European languages do not have any similarity with Sanskrit.

Some say that mostly Indian scholars took Hinduism to different countries including Russia. The fact that idols of Hindu gods have been found in Russia makes it even more possible. As a result Hinduism reached as far as Russia and became popular there. That is why there is a strong connection between the languages. Some also suggest that Sanskrit was brought to India by the Aryans.

The Aryans had orginated from the Southern Russia as a result a similarity between the languages can be found. Some historians say that Aryan invasion never happened. It was just a story that was created and passed on to the generations. It was noting but a lie that was developed by the German and English scholars. The ancient scriptures again do not mention about such an invasion. If such a bloody war had happened there would have been some mention but there is absolutely nothing.

We will list some words here that will prove that Sanskrit and Russian does have a strong similarity:

These are just a few to mention. The list is just endless. For example in the olden days cities were built as forts and were called gadh in Sanskrit. In Russian cities are reffered to as grad. All the city’s names end with grad in Russia. For example, Leningrad.  This cannot be a mere coincidence for sure. There is a Russian river named Volga. It was also called Oaros. This is very similar to the Sanskrit word for water “var”. Was it a river that connected the two nations in the past. How did Hinduism manage to travel from the banks of river Saraswati to the banks of river Ob is a question that needs to be answered.

There has always been theories that suggested about a connection between ancient India and Russia. Karl Marx also spent a lot of time in Kerela as he tried to understand the concept of communism and develop it in his own way during his stay in Kerala. He had also spent a lot of time to understand the Parasuramasutra. Parasurama was an avatar of Lord Vishnu, he killed all the ancient rulers in order to establish a new law. He fought for th rights of the Brahmins in a time when the Brahmins were harassed by the powerful rulers. How Parasuram managed to do this was recorded in the Parasurama Sutra.

The question that arises is simple was there any connection between ancient India and ancient Russia? The second question is how this idol went to Russia? Experts believe that in Rig Veda there is mention of Russia. The Rig Veda confirms that there is an ancient holy land of 722 flying vehicles. If you look closely at the ancient practices of Christianity in Russia you will see that the customs are very similar to the rituals that are performed in the Vishnu temples across India. In many excavations across Russian items have been found that speak more of Vedic India and not much of ancient Russia. All these hint at the fact that India and Russia had a strong cultural connection in the past. There is no mention in history about this as a result the connection remains a mystery till date.

Finding a statue of Lord Vishnu in Russia is indeed a strange incident. What adds to the mystery is that the idol is so many years old. This idol is in Narasimha avatar of Lord Vishnu. There are more interesting things about lord Vishnu and about the idols and paintings of Lord Vishnu that has been found in different parts of the world. We will try to discuss about those findings in our forthcoming articles.