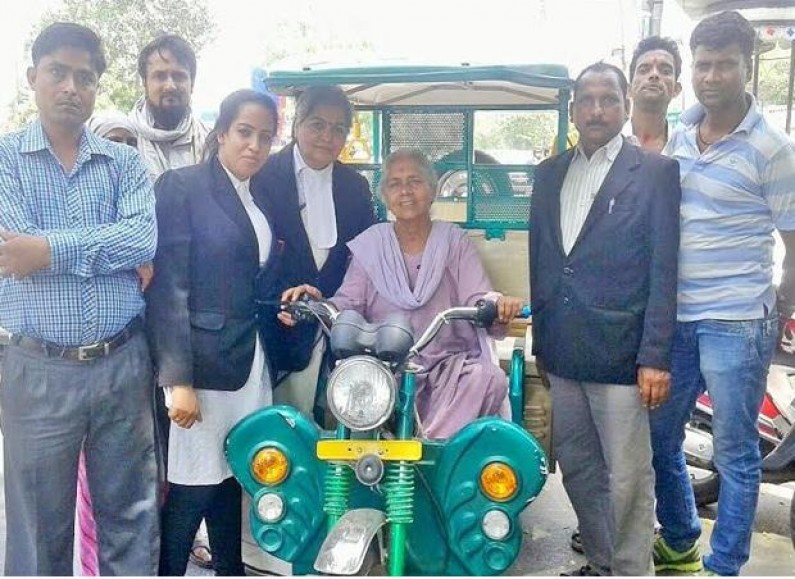 This week we are celebrating Navratris which is the symbol of feminine divinity and empowerment. There are innumerable stories which hold testimony to the fact that females have immense strength, courage and the potential to deal with any situation of life, equally like their male counterparts.

However it must also be noted that talking from the spiritual perspective, gender does not matter as the spirit of consciousness is same in both the genders. Infact there is an equal part of feminine and masculine elements in any human being and even the Gods like the Ardhnarishwar form of Lord Shiva which beautifully signifies this fact.

Given below is one such story of a lady who was abondoned by her scientist husband and children who are all well settled and working in the USA, but she did not lose heart. Instead she chose to life a respectable life and pulls an e-rickshaw which is an electric version of the local transport in several cities of India nowadays.

Read on about this inspiring lady and how she managed to pull it off despite all difficulties.