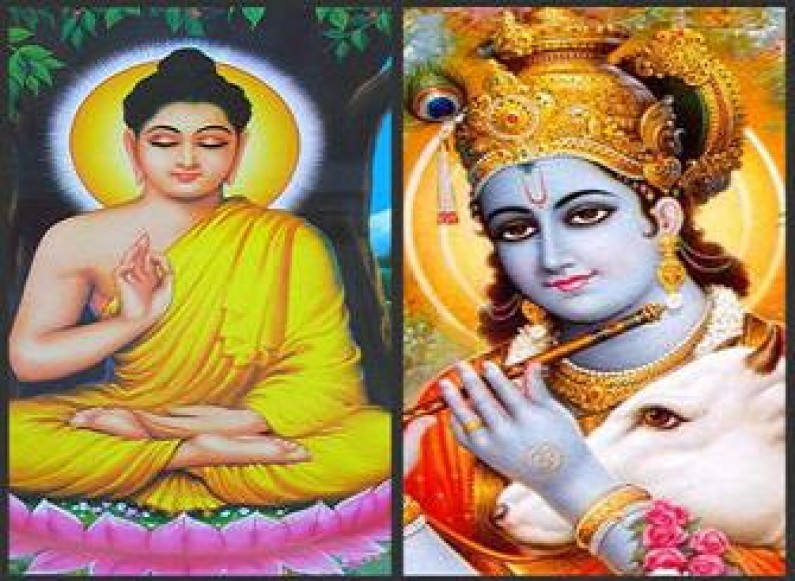 In the simplest of words, the term “karma” means deed or certain form of action. We all are involved in some deeds or the other. Some of the deeds that we do are good and some are bad. Of course from a metaphysical viewpoint it will be seen that good and bad have a different definition that what most of us understand in the common meaning of the words.

Hindu scriptures say that good or bad is not as much in the outward manifestation of an action but it is basically determined by the intention behind the act.

Karma is also the fundamental doctrine on which the teachings of Buddha are based. The Great Master also described karma as anything performed willingly through thought, action or words. Karma is the track of deeds that we have done. If we do good deeds our karma become good. Similarly if we do wrong deeds our karmic power becomes poor. As a result of this we suffer in some form or the other. The interesting part is that karma is already there when we are born. We carry forward the karmas of our previous births.

If we had a bad karma it can follow us for many lives to come. Similarly if we have a good karma it will ensure that we live a good and happy life for many lives to come. The ancient texts state that the karmas that get carried forward are there like a “sooksham” or invisible in the form of sanskars and one has to bear the fruits of all these sanskars, unless they are destroyed by one or the other forms of bhakti, meditation or any spiritual method which roasts the seeds so that they do not bear fruit any more.

Sometimes you may have realised that although you have been good and done good yet you suffer. This might be the cause of a sin from the previous birth. Doing good deed can help you get rid of the negatives that you suffered from the evil deeds of the last birth.

The concept of karma has been mentioned in many of the Jataka tales of Buddhism too. These tales establish how a person had to pay for his or her sins over a number of lives. Karma is like an action that will have an equal and opposite reaction in some time. If you are cruel today one day you will get back the cruelty.

The karma can be in the form of arrogance too. If you have lovely hair in this life and you are arrogant of the same. Looking down upon those who do not have hair as beautiful as yours then maybe in the next birth you will become bald. This is a good way to ensure that you do not develop the habits of arrogance and pride in this life.

We all know that we are born with a destiny. Destiny is something that we cannot change except by the power of karma. Some of us get things very easily. Some of us have to struggle really hard in order to get the same results. It is a net result of all the karma that we have done in the past few births. Hence that what is created by karma can only be altered by even better karma.

This certainly gives a relief to the modern intellectual man that after all even though bound by our own karma, we have the power to break free, though it will take shorter or longer depending on the strength of the bondage and our own efforts. Hence you can see the spiritual significance of never giving up despite all odds.

According to Buddhism there are six births. Some deeds are so powerful that they can impact our lives for six births and some may go off in one birth itself. Buddhism clearly says that God has nothing to do with the karma. It is our own personal achievement. We cannot blame God for the same. It is a natural process. If you meet a good Guru or a Saint he or she can tell you how you can improve your karma.

Next time you think of doing a wrong or a right deed you may understand the concept of karma better. The Karma theory under Buddhism also states that karma is situational and depends on the circumstances. If you killed a tiger to enjoy the pleasure of hunting it will have greater negative impact on you. Similarly if you killed a tiger to save yourself your sin will be comparatively less. This is echoed by what Krishna stated about the intention as mentioned previously in this article.

We hope that you have understood the karma theory which is a vital point and must not be considered lightly.  If you closely observe the events of your own life you will realise that there is definitely a concept of karma. We are born as per our karma. We live as per our karma and even our death to a great extent is controlled by the karma that we have done. Although karma was given so much of importance in Buddhism people still continue to do wrong deeds and acquire bad karma. By this they cause their own miseries and also misery for others.

Hence this discussion shows that basically the universal concept of karma has same meaning and significance in all religions and defies time and space. This also shows that the more deeply we delve into any theory or concept, the clearer it becomes that ultimately all religions lead to the same path (Quran vs Puran Article), which is spirituality above religion.