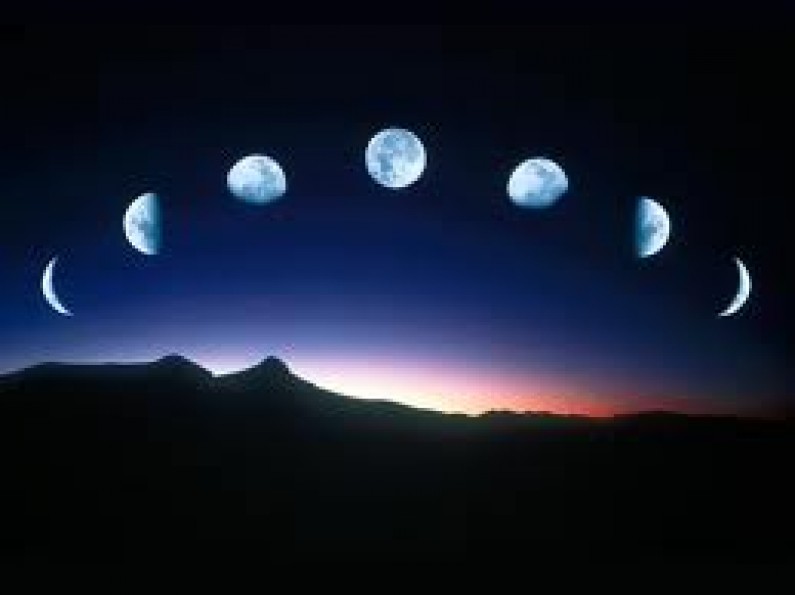 Amavasya is no moon day and Poornima is full moon day in Hindu calendars. We will now discuss these two concepts in details in this article so that you get a good idea of how these are significant and how they are so closely associated with the Hindu customs. Both Amavasya and Poornima are considered equally strong in Hindu beliefs. In the olden days people would always fast on Amavasya. It is said that if one can fast on an Amavasya that is on a Monday then all their wishes will be fulfilled.

After fasting one can take a dip in the river and later worship Lord Shiva. The famous festival of lights Diwali also falls on an Amavasya day. Many important festivals in India also fall on Poornima.

Amavasya: Is it Auspicious?

In most beliefs Amavasya is not auspicious. It is the day when the evil spirits are stronger. Tantra is mostly performed on an Amavasya day. The evil spirits are free on this day. This is more of the contribution that movies have made. But black magic can be stronger when done in Amavasya. Diwali is considered to be the most inauspicious Amavasya. This is exactly why Gods are worshipped and lights are lit all across the house so that no evil spirit can enter the house. This is also the reason why goddess Kali is worshiped on this day in some parts of the country as Goddess Kali has the power to destroy all the evil.

Poornima on the other hand is associated with prosperity and divinity. No auspicious work is ever done on Amavasya. However, any task that is done on Poornima is expected to be successful. The Amavasya is considered not auspicious this is exactly why if there is an Amavasya falling on a Wednesday then the puja is done for kal sharpa dosha. This puja helps to get rid of the kal sharpa dosha that anyone is suffering from. This puja is good and can control the Rahu it is powerful enough to reduce the impact of the kal sharpa dosha by seventy percent.

The interesting part is that in the olden Hindu society Amavasya was the monthly offs in every month. No one would work on this day as they were considered not auspicious. No journeys were started on the Amavasya day. This was Britishers were the ones who brought the idea of Sunday as holiday to India. Even today many elders will advise you not to start a journey on an Amavasya day. The logic could have been that on Amavasya as there is no light it would be difficult to reach the destination. Perhaps if this was the logic then it makes sense to travel now in Amavasya too. Nevertheless, many people still prefer not to travel on Amavasya.

On Amavasya many people fast and offer puja to the souls of their forefathers. They also offer water to the departed souls. The Fifteen days before the Navratri there is Amavasya which is called Mahalaya. This is the time which is called Pitri paksha and is considered as a very good time to offer prayers to the departed souls and ensure that they rest in peace. Food is offered to the ancestors. It is said that lord Vishnu himself said that on these days the ancestors come to earth and if they are not offered puja and food they feel offended. There is also a popular story that Karna who was a famous character in Mahabharata after death could not get food. He was known for charity and he gave people a lot of gold but not food. When Lord Yama saw his state he advised Karna to go back to earth and feed the poor. Karna got back to earth and fed the poor during the pitri paksha. This enabled him to get food in his life after death. This is exactly why many people even today feed the poor on these days so that their forefathers get peace in their after lives.

Dates of Amavasya and Poornima

If you want you can easily down load the dates of Amavasya and Poornima from any website. These will be found mostly in Hindu calendars. This will help you to decide which days are good and which are not. Accordingly you can ensure that you don’t start any new task on an Amavasya day as it may fail. You can also decide on the Amavasya that you want to fast on. We know you cannot possibly follow all the days but even if few Amavasya and Poornima are done it can definitely help you improve your luck. We would be posting a separate section of dates of all important events including Amavasya and Poornima at our website very soon.

The Vedas state that as full moon and no moon may have some influence on the human body this is exactly why on these days people are told to fast and this will ensure that the acidic content in their blood is reduced. Doing puja on a no moon and full moon day can also ensure that the people attain peace of mind and become calm. The vedas stated that the change in the shape of moon leads to the change in the gravitational pull that every man in earth experiences. This is exactly why people tend to behave weird and short tempered don this day. If they stay involved in puja then they may not feel this change. Even modern medical science will tell you that this theory is not exactly false. People who suffer from mental disorder tend to become more excited on Amavasya and Poornima. It is good to find scientific explanation about our traditions it makes us belive in them more.

The astrologers say that people who are born on Poornima are more intelligent. They look attractive and never suffer from lack of wealth. If a person is born in Amavasya then they generally have a long life. They travel abroad a lot and have high intelligence. These people must be guided well so that their intelligence is not misused. Lord Shiva is also worshiped in Amavasya as he is closely associated with moon. This is because he is considered to be the most powerful of all the lords. He controls all the evil as well as divine forces. He controls the visible as well as the invisible world.

However, our attempt is to keep the Hindu culture alive and to make people aware of its various aspects. We know that it is practically not possible to follow all these customs today. However, if you look at it carefully there is a possibility that you can follow some of them at least.