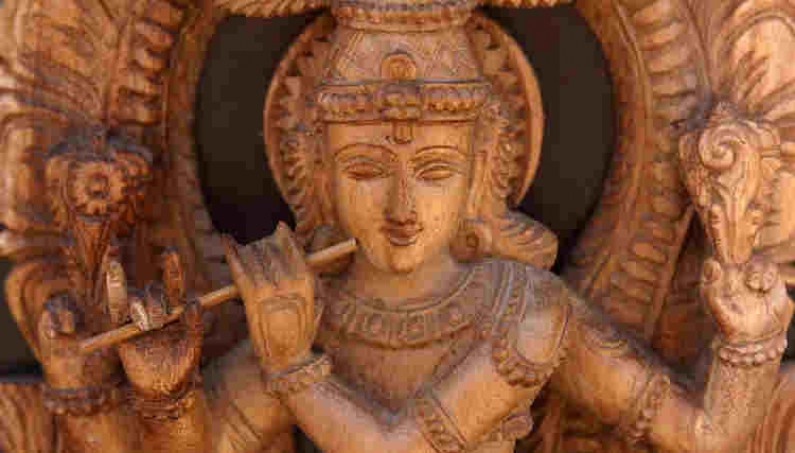 In India many cases are reported everyday of women being raped and harassed. The obvious question that comes to our mind is that perhaps men in India are not taught to respect women and it has been a tradition to force themselves on women. In this article we will try to understand if rape culture was a part of Hinduism and how it has become so common in India. A recent survey shows that India is one of the most dangerous countries in the world for women. This is a shocking result that does make us think that we must do something to change the situation.

It is true that India is a traditional country that has been open to different cultures from across the world. Today India has a huge cultural diversity that you will never get to see in any part of the world. You will be amazed to see how the clothes people wear and the languages they speak change from one part of the country to the other. If we look back at history we will see that India was often attacked by foreigners and especially the Afghans. Whenever there was a foreign attack there were men killed and women raped. This was why Rajput women started the concept of Jauhar (burning them alive in fire). Jauhar ensured that no unknown men could ever touch a woman. Women would start preparing for Jauhar as soon as they got to know that the king has died and most of the men in the army are dead.

This is what history had to say. If we go back to mythology and read the Mahabharata or Ramayana for example. There are many instances where women were harassed and suppressed. For example Krishna would steal the garments of the gopis taking bath in Yamuna River and he would hide the clothes. It is mentioned that Krishna found pleasure in doing this to harass the gopis. It was just a playful act that Krishna would do as a child because the gopis would complain to his mother Yashoda about him. Krishna was very naughty and would always be up to something. The gopis would complain to his mother and Yashoda would even sometimes tie him to a pole so that he does not leave the house. All this was a part of Krishna’s childhood and you cannot say that there was anything to do with lust in these acts.

Lord Krishna on the contrary respected women a lot. When the Kauravas tried to pull Draupadi’s saree in front of the royal assembly it was Krishna who came to her rescue and ensured that her dignity was not harmed. This episode where Kauravas tried to insult Draupadi and physically dragged her to the royal assembly of Hastinapur was the main reason for the battle of Mahabharata. Draupadi had cursed the Kauravas that they all will die and there will be no one to take forward the family name. The curse came true and the Pandavas ensured no one lives in the Kaurava dynasty. Even Lord Krishna fought the battle with the Pandavas.

Even in Ramayana there is mention of women being suppressed because they were physically weak. For example Surpanakha (the sister of Ravana) wanted Lord Rama to marry her and leave his wife Lady Sita. Lord Rama was not pleased with this proposal and told Surpanakha to leave. There is also a mention that Surpanakha was so upset about the turn of events that she wanted to kill Sita. Lord Lakshman was very angry with Surpanakha and attacked her. Lakshman use his sharp sword to cut the nose and ears of Surpanakha. She then went to her brother Ravan (the king of Lanka). Ravan was furious at the condition of his sister and he decided to abduct Sita. Ravan was successful in kidnapping Sita and taking her to Lanka. Some say that during her stay in Lanka Sita always remained loyal to Lord Rama. She was loyal to him even when she had lost all hopes that he will ever be able to reach Lanka. However, Ravan was impressed by Sita and wanted to marry her. Ravan’s wife Mandodari was very impressed by the way Sita refused Ravan’s proposal. Although Sita went through so much of hardship Lord Rama forced her to do the Agni pariksha to see if she was faithful to him during her stay in Lanka.

Lady Sita obliged to the request of Lord Rama and gave the Agni pariksha. Her Agni pariksha is a strong example of how women were oppressed in ancient India. There are many such instances. On the other hand women in ancient India have always been respected. Manu mentions in the Manu smriti that women must be respected and if they are disrespected then the society as a whole will suffer. Manu smriti also mentions that people who commit crime against women must be punished in a very harsh manner so that they do not repeat such crimes. Women have been treated like goddesses in India. Women have been the symbol of Shakti and life.

Lord Shiva also took the form of ardh narishwar ( half male and half female form) to show that men and women must be given the same status in a society for the society to develop properly. A man is not complete without a woman. Devi puja or worshipping women goddesses in common in India. It is also true that if you visit temples you will often see pictures and statues of women that were made in a very provocative way. That is how the art was at that time and women were depicted like that. It had nothing to do with women must be harassed and considered as a source for sexual pleasure.

The experts say that in ancient India women were respected. They were allowed to study and learn Veda. Women would participate in decision making processes of the nation. They were not considered to be only home makers. Women never did pardah and the concept of swayamvar (the woman selecting her own husband) was followed. A woman could make her own decisions. Girls were not considered inferior or as a burden. Vedic India was actually very different when it came to the rights of women. The women were allowed to get married again after husband’s death. Child marriage never existed in ancient India although later on this practice crept in the system.

It is interesting to study how this strong position that women held slowly started to change. The independent, educated and strong women slowly went missing during the time of Puranas and Dharamshastra. Even during the times of the epics like Ramayana and Mahabharata the position of women in the country was not so bad. Many sociologists have studied this change and they came up with the following reasons for the change.

We perhaps cannot blame the ancient India or the religious practices of ancient India as the reason for the culture that we have in the country today. The religious concepts went through a lot of changes. The condition that we are in today is a very sorry and scary situation. Women are always scared to step out of the house. Today women are working and they are going out of the house. They have their own life. Strong and independent women are the trend today.

However, it is also true that the safety of women is a major concern. That is mainly because the present law and order condition in the country is a mess and people think that they can get away with anything. Women in India would generally not complain about sexual harassment thinking that it will only make others laugh at them and their status. Even today only ten to twenty per cent of these cases actually get reported. The rape culture that we have today is an outcome of the meaningless changes that the society has gone through when it comes to women rights.