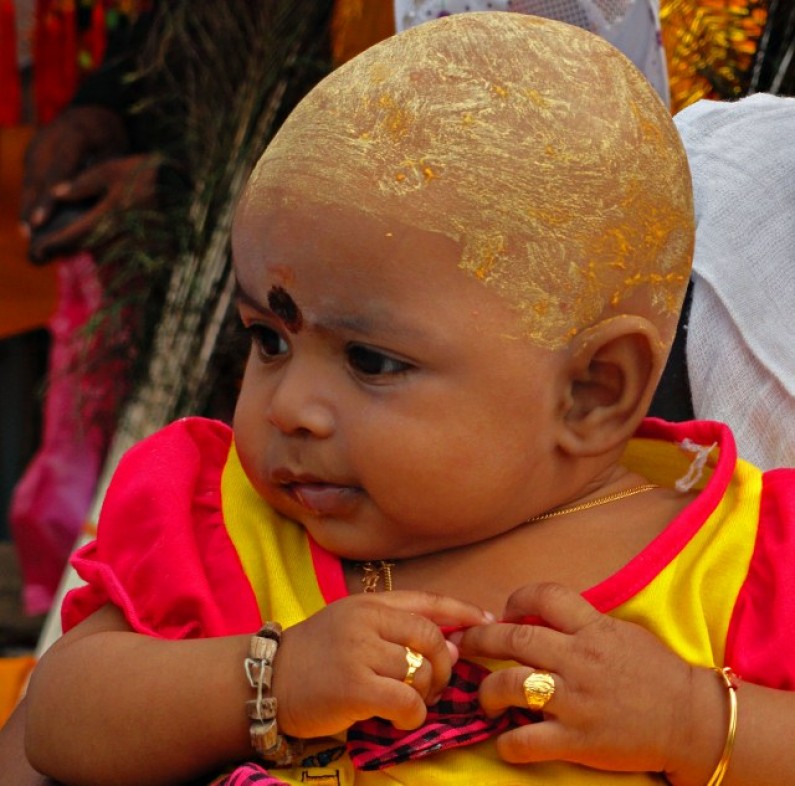 The ceremony is important and must be done before the child completes two years.  Some Hindus also do mannat and they shave the head of the child when he or she is 5 years old. The Sikh community do not believe in shaving the hair. They allow the hair to grow and do not shave it or cut it. That is why Sikh men wear a turban after a certain age. The Sikh community do not do mundan for their faith says so.

The rationale behind mundan

The birth hair is considered to be inauspicious because it keeps the person entangled to the previous birth. The Hindu scriptures say that the soul gets a human body only after experiencing 84 lakh yonis. When a child is born he carries the qualities of these yonis. It must be ensured that these qualities are taken away from the child.

When a mundan is done the child gets from the influence of these yonis. The mundane ensures the child becomes more intelligent. This helps the child to calm down as the circulation of blood in the head is improved.

Science however says that this custom has nothing to do with the intelligence of the child. Even If the head is not shaved it is not going to make any difference to the child.

The Hindus say that there are many advantages of doing the mundan and they are:

Mundan is a very old tradition that has been followed for years in all families across India. It is a tradition that is common both for the girls and the boys. It is a big ceremony is some households and others tend to keep it a quite one. Some people invite the relatives on this day and the child is given gifts. Delicacies are made in the house and served to the guests visiting the house.

It is also considered auspicious to do the mundane in a temple. Some parents take a little bit of the hair and drop it at Tirupati which is considered to be a very auspicious place for doing mundan. Every year thousands of babies are taken to Tirupati for their mundan.

For Brahmin boys a little bunch of the hair is kept on the head and the full head is not shaved. This is called the shikha and it protects the brain. Traditionally the Brahmins were the most learned class of the society and they would give advice to the others. Some Khatriya and Rajput kids would also keep a shikha.

This tradition of keeping the shikha is still followed. Other casts do not follow this. Girls however do not keep a shikha no matter to which cast they belong. Mundan means that all the hair on the head is shaved off apart from the shikha. Trimming the hair is not mundan. The first haircut of a Hindu child is never trimming of the hair it is always the shaving of the head.