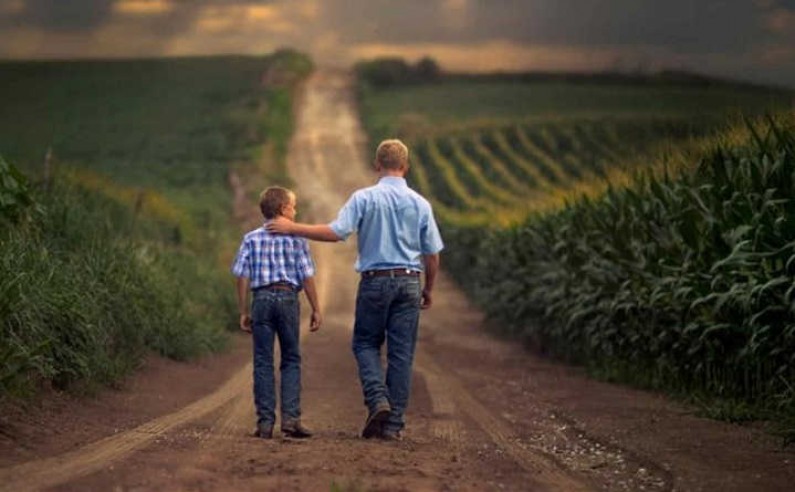 17th June is going to be celebrated as father’s day across the world. We in this article will try to understand why this day is celebrated and how. The first father’s day service was held at the Williams Memorial Methodist Episcopal Church South in West Virginia. If the records are right the exact date for this was 5th July 1908. This special service was requested by Mrs. Grace Golden Clayton. She had lost her father in 1896. She wanted the service not only for her father but for the 200 fathers who died in the Monongah mining explosion that occurred in December 1907. This mining accident is known as the worst in the history of United States. It had made about 1000 children fatherless. She thought a service would be a good idea to remember all these fathers and make this day a special one for the children.

From Service to Event

Although this service in Fairmount was the first service that was dedicated to fathers. It did not become a practice to celebrate this day on a yearly basis. It was just an one of event and that’s all. However, it is considered to be the first such occasion when fathers were remembered and appreciated for the efforts that they put in the growth and development of the children. Many such services were held in different parts of the country. We will now discuss how the first father’s day was celebrated; it is actually credited to Mrs. Sonora Smart Dodd.

How Mrs. Sonora Smart Dodd came up with the idea was when she was attending a mother’s day celebration in the year 1909. She thought there should be a day to honor the fathers too. Her father alone raised six children after he lost his wife during the birth of his sixth child.  He lived all his life in a farm close to Washington and decided to remain single for the benefit of his children. His story was indeed an inspirational one and deserved to be celebrated. Mrs. Sonora Smart Dodd approached YMCA and the Spokane ministerial association. She wanted 5th June to be declared as father’s day because that was her father’s birthday. However, the date was shifted to 19th June as the association needed some time to prepare for this day as the subject was unexplored and the sermons had to be prepared. 19th June 1910 was celebrated as the first father’s day and slowly the idea started spreading all over the country. The third Sunday in the month of June is celebrated as father’s day across the world even today. Once the day got recognised there was no looking back.

Today father’s day is an occasion that is celebrated across the world. Mrs. Sonora Smart Dodd did give a great idea that was well accepted by everyone. Father’s do have a valuable contribution that they make to the development of the child and this must be celebrated and appreciated. It is true that a mother is closer to the child and nurtures the child. However, the fathers also have a valuable contribution in the development of the child. Some fathers like the one of Mrs Sonora Smart Dodd take great care of their kids and do the role of both mother and father. Such fathers definitely deserve to be respected and they can inspire many more.

Father’s day was recognised but was not declared as a national holiday for many years. Only in 1972 it was declared as a national holiday by president Richard Nixon. Since then the third Sunday of the month of June is celebrated as father’s day all over the world. It is also a national holiday. It is great to celebrate this special day and celebrate the special bond between a father and a child. Father’s have always played a crucial role in the lives of any person for that matter. Some fathers today are single fathers who take care of their children all by themselves. There is a new concept of fathers today. These are house husbands who happily stay at home taking care of the house and the kids. These fathers must be appreciated for the sacrifices that they are making for the children as the mother goes out to work.

It is true that whenever we think of fathers they are remembered as strict people who try to discipline the kids. On the other hand fathers do have a soft corner too. They teach the children to cycle, to climb trees, take them out camping and for sports. These are some activities that mothers generally stay away from and fathers take the charge. A mother is responsible to nurture a child and take care of their health. A mother is emotionally attached to a child and tries to love the child with all her heart and affection. The father on the other hand has to be a little strict so that he can discipline the child and teach them how to live in this world.

The society is changing and so is the concept of parenting. The fathers today have much bigger and complicated roles to play as we talk of gender equality. A child is not only a mother’s responsibility anymore the father has to step in as both the parents today are working and having careers. The parents today take turns to spend quality time with the kid as time is the biggest constraint in our lives. Each of the parents needs some time to relax and de stress that is only possible when they both work together in bringing up the child.

We all know the challenges of bringing up a child are many and it is 24/7 job. The traditional concept of fathers is changing and for good. The fathers today spend more time with the children than they used to fifty years back. The fathers take a more active interest in the lives of their children. They are more hands on as a parent. This has resulted in a much closer bond between the children and the father. As a result the father’s day celebrations across the world are only increasing.

Different people come up with different ideas to celebrate this day. However, we have some common ideas and activities listed here that can make this day even more memorable for the fathers and the kids.

There are many more such ideas. There are a lot of gifts available too for this special occasion. We all live a busy life and maybe we are far away from our fathers. However, this is a special day and we must try to remember them in some way or the other. Whatever we are today definitely has a lot to do with our fathers and what they taught us as a child. They would take time out from their busy schedules to just be with us. If you really want to celebrate this day spend time with your fathers. Because truly speaking in today’s busy world the most precious and timeless gift that we can give anyone is nothing but our time. Even a few minutes spent with those we love the most can become a memory for a life time . Let’s create some memories this father’s day that we can cherish for ever.  A happy father’s day to all the fathers.

The editor would like to add a few things from the context of the Oriental culture and the current situation of fathers or rather parents in general. The tradition to respect the elders, parents and touching their feet has been followed since times immemorial in the east. However in the recent times, things have changed and now many parents live neglected lives only to be remembered when there is a need for their help such as nurturing small kids without any regard for their emotions, health or needs. This needs to change and can only happen if we return to our original values of respecting elders, simpler but higher thoughts and so forth. The days to celebrate various relations such as Father’s day, Mother’s day etc are good but they should be followed in the spirit rather than in the letter alone. Then only will our society become a better place to live once again.