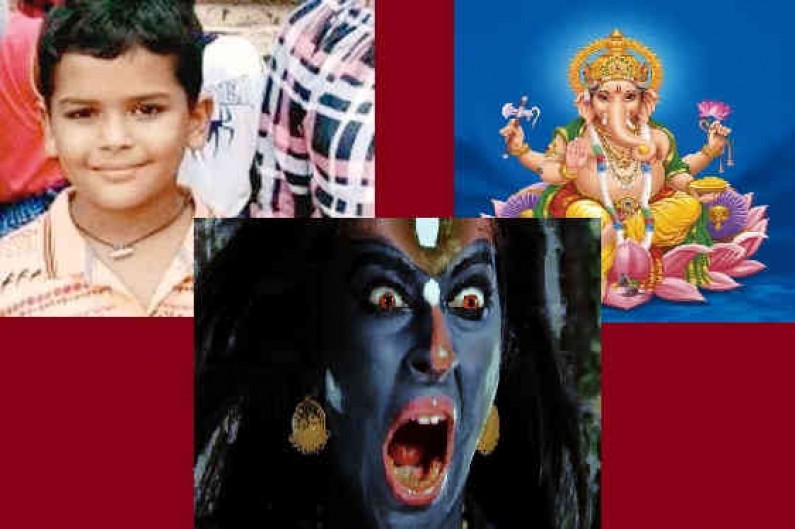 Centuries ago, the throat of a boy was slit but that was for another reason

The Supreme Destroyer had mistaken Ganesa’s maternal loyalty for treason

Yet when He realized His mistake, it was evident that it was certainly not a coy

To be in such a state was a rare exception for Her, it is certainly not the usual norm

The master of the universe, one of the trinity, had to go instantly and find a head

Even if He had to break the natural divine law, He did so and brought life to the dead

Today in this age of Kaliyuga, another Ganesa is found with in the same state

However things have changed dramatically, for it cannot be attributed to fate

The mother of the modern Ganesa is be equally furious, where art Thou O Shiva Divine

Has the yuga got so downtrodden, have the feelings and righteousness gone so sublime

The Shiva would have to reincarnate, and the third eye needs to be opened with rage

It is the time to take out the Trishula, enough of meditation of Bhole, the calm sage

There is so much anger, that you just need to drink it down your blue throat

In this ocean of emotions, you will find difficult to swim and to keep afloat

Separate the good from the evil, let the good prevail, do another manthan, just churn

With the Ganesa visarjan just over few days ago, it is time to ask if we remember

The tales are not just mythology, they are our lifeline, way to interior chamber

Otherwise you are just being superfluous, not following true religion, just a cheat