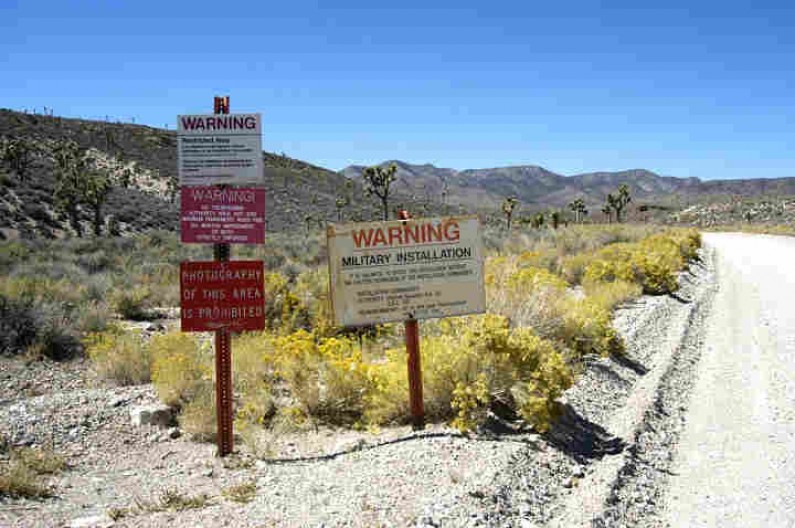 Area 51, a lot has been written about this mysterious place. It is one of the most secret military bases in America. Many countries from around the world have immense interest in Area 51. Everyone wants to know what is going on in there and why the government of United States is so secretive about this spot. Area 51 is located in the Nevada desert. This is the most barren and hostile region in the whole of the country.

There are many theories that have been proposed on why Area 51 is kept such a secret. Not even a rabbit can pass through the fence without being noticed by the military appointed on the top of the hills in the Area 51. Some of the most famous theories are:

Let’s first try to understand how this area started, perhaps that can throw a lot of light on what can be in there. It dates back to world war second. After the world war was over, USSR removed the iron curtain. USA knew that USSR would not give up. They supported North Korea when they attacked South Korea. USA was sure that USSR was looking for new friends and can launch a surprise attack any time. USSR had a goof technical ability and man power. It was in 1950 that USA started the U2 project. They selected Area 51 as it was in the middle of nowhere. They wanted to develop weapons and become war ready with USSR. They wanted to ensure that in no circumstances USSR should be able to know what USA was planning. That is why they selected this spot in Nevada desert. USA took all the measures they could to ensure that no one could ever get any information about this area. If anyone could get the information it would be considered as a major intelligence failure for the USA.

Since then the area has been a top secret and no one actually knows what is going on in there. It is true that many people have attempted all that they could to understand the area but no one actually succeeded till date. There is something in there that the military of USA does not want anyone to know. That is what adds to the mystery what could be in there? In the 1950’s there were a lot of reports that flying objets were seen in the region. These were mostly spotted by commercial pilots.

What they saw was something flying at the height of 40,000 to 60,000 feet. At that time military planes could only reach 10,000 to 20,000 feet, maybe that is why when the pilots spotted something so high they thought it was a UFO. Some experts believe that perhaps the Area 51 was used in those days to make and test military air-crafts like these that could fly much higher than the normal military planes. Today we have a lot of military aircrafts that can even fly at 60,000 feet maybe these are the results of the research that was being conducted in Area 51. In 1960 USA did reveal the U2 air craft but unfortunately it was shot down by Russia. After this a lot of aircrafts were tested in the region and some of them are Bird of prey, Tacit blue and the list goes on.

The military base is primarily used for developing weapons and fighter planes. The location is so remote that it is almost impossible for anyone to even get a glimpse of what is going on inside. One thing is for sure that the area is full of action. Unmanned aerial vehicles are also built and tested in this area. There is a possibility that electronic warfare systems and advanced weapons are built here. Off late it is believed that directed energy weapon and laser weapons are also being developed in here. Maybe the extreme location of this place ensures that if something goes wrong no one will get hurt at the end.

Although the area has a much secured fence around it every year a lot of tourists visit this part of the world just to get an idea of how the most secret military base of United States actually feel like. Many people also trek around in the area to get a feel of the place. The fences clearly mention that they do not want anyone to get inside the fence. If anyone enters they will be prosecuted and can be fined. People who have tried to research about this place were many a times intimidated by the soldiers who are guarding the area.

These are the most common rumours that are doing rounds about the Area 51 for many years now. We do not know for sure if any of these is true. However, in spite of a lot of international pressure USA ensured that they do not disclose what is going on in this part of the world. It is this secrecy about this place that makes people think hard as what can be going on beyond the fences. Only a very few in the top military position of US army know what is actually there in Area 51.

There is definitely something in there that is worth knowing. Many people have spent a lot of their lives trying to understand what is going on in there. Why the government is so secretive about this place. The area 51 is an active place and a lot is going on there. There are movement of soldiers who go in and come out of this place. Perhaps it is just a military base like the many others in the country. Perhaps any one of the rumours is actually true that is why this area has been protected for years.