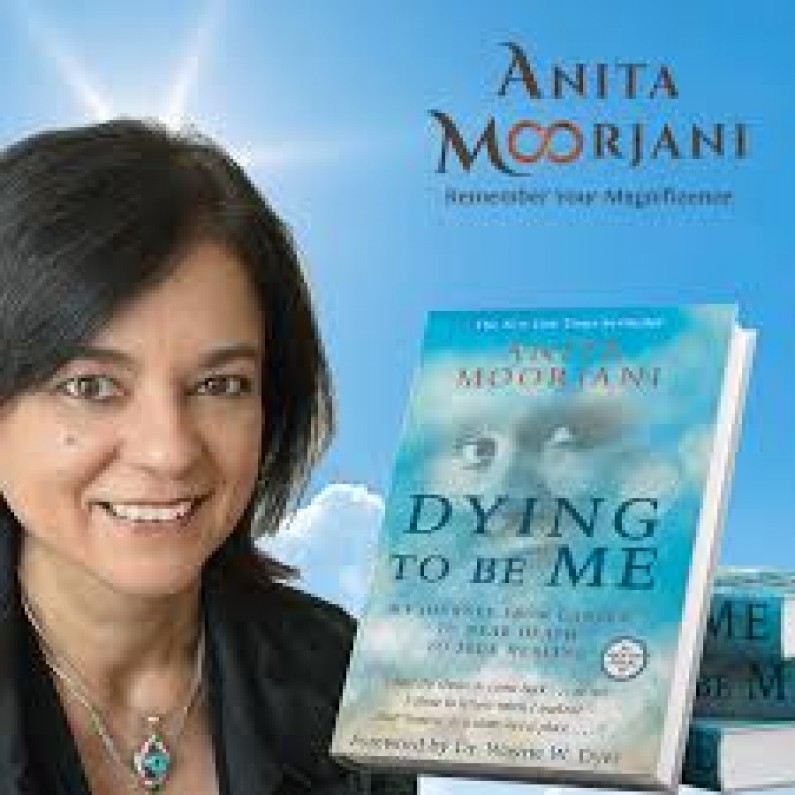 We have often heard of many NDE (near to death experiences).We were discussing in a previous article about how the brain is alive even after the heart stops pumping enabling the dead person to know that he or she is dead.

Life and death is a mystery to medical science even today. The doctors will always tell you that there is god’s will above everything that they can see or do. God is the biggest strength and the most influential factor in our lives.

NDE is also an example of God’s miracle. In NDE the person is declared dead and only after a while the patient comes back to life and in some cases like in that of Anita Moorjani show a miraculous recovery that just cannot be explained. These events are the only reason for doctor’s to say that now just keep praying as prayers can help.

Anita Moorjani and many others come back from a state that is called NDE in medical science and once they are back they share their experiences and they become a changed person. They develop a sudden positivity and all they want to do is help humanity in whatever way they can.

The experiences of these people just make us more strongly believe that death is not the end. It is the beginning of a happy journey towards a power we call God.

Anita Moorjani was suffering from cancer. She is known for the book that she authored and it is called “Dying to be me”. She was born in March 1959. The most celebrated NDE survivor of all times and today she works as a consultant for various firms. In 2002 she was diagnosed with cancer.

At that time she was 43. She fought for four years and in 2006 she slipped into coma. The doctors lost all hopes as slowly her organs were shutting down. She was in coma for 30 years. She suffered from lymphoma. Anita is an Indian by birth but lived most of her life in different countries. She saw many around her die of cancer, including her best friend.

Anita tried all methods possible to deal with cancer but she did not succeed. Nothing seemed to work. When she was taken to the hospital she was not conscious. She felt that she was slipping away. She could hear all that was happening around her. She could tell in details what she saw and what was happening. She knew that she was given another round of chemo and she was moved to the ICU.

Anita could hear and feel what was happening but she could not move or try to get to her husband. Even in this state she wanted to tell him that she is fine and she will be all right soon no matter what the doctors were saying. She was positive that this could not be the end. Suddenly she started to feel very light and happy. She felt that she was moving to a place away from the material world we know.

She was floating and she was free from all the emotions and pains. She was reaching a state of infinite happiness and was filled with light from inside and around her. She started to feel that she is connected to many souls out there in a positive and a negative way. All these souls could connect to her and communicate in their own way.

She saw her das who passed away ten years back and the expression on his face was of peace and happiness. She responded by saying “hello you are here, how are you?” She could only express her feelings could not speak a word. In that realm where she was the only way of expression were feelings. She also met her best friend who died of cancer three years back. The feeling was that these people whom she considered dead were always around her during her fight with cancer. She could feel the immense unconditional love that existed in this realm.

She realized that she was in heaven and heaven was not a place it was a state of being. She started to wonder why she was being given all these information and who was giving it to her? Was it god? She realized that god wants us to be ourselves and not try to be like anyone else. We must love our own self and be happy with what we are and what we have.  She was happy and wanted to be in there for ever.

Just then her father started to communicate with her, only thoughts were exchanged not words. Her father told her that it was not time for her to come to heaven yet. She should go back to her body. However, the decision was hers. He mentioned that she reached a stage after that if she crossed the line she will go to a different realm and will never be able to enter back. Anita was in doubt she started to communicate with her father. She mentioned that her body was sick and was giving so much pain not only to her but also to the people around her.

Anita in this state knew that if she came back her body will recover soon, maybe within days because now she knew who she actually was and she had learnt to love her own self. She was happy in this place but she now wanted to come back. She wanted to come back just to see for herself if she will be able to recover at a miraculous rate.

She wanted to come back so that she could share her experiences with millions who are suffering and dying because they do not know their true self. We often suffer because we try to someone or something that we actually are not from within. We must learn to love our own self and feel thankful to god for making us the way we are. She had to spread the message to all people all over the world. Her experience in many ways would be an inspiration to many.

When we learn to truly love ourselves and do not be tough on ourselves we will reach a point where the physical body of ours will be in a condition that will ensure we never fall sick and suffer. Anita realized that she reached a point beyond which the energy levels were too high and from there she could never come back. So she decided to get back to her body. Within seconds she was in her body. She opened her eyes 30 hours after going into coma. In few days’ time she told her family of her experience. The doctors were amazed to see that the organs that had failed started to respond. Her body did not have any trace of cancer. It was a miracle to the doctors. Anita could in detail speak about what she experienced and also tell the things that happened in the hospital when she was in coma. To everyone’s surprise she could also give details of conversations that happened far away from the bed that she was in.

Anita left the hospital in five weeks. She was a healthy person now not only from her body but also her mind was much stronger now. She wrote a lot of books that have helped people who are facing tough times in life. She also does counselling to a lot of people and talk to them about her NDE. Anita Moorjani is an inspiration. She survived death and lives to help many people who are suffering out there and are not at all related to her in any ways.