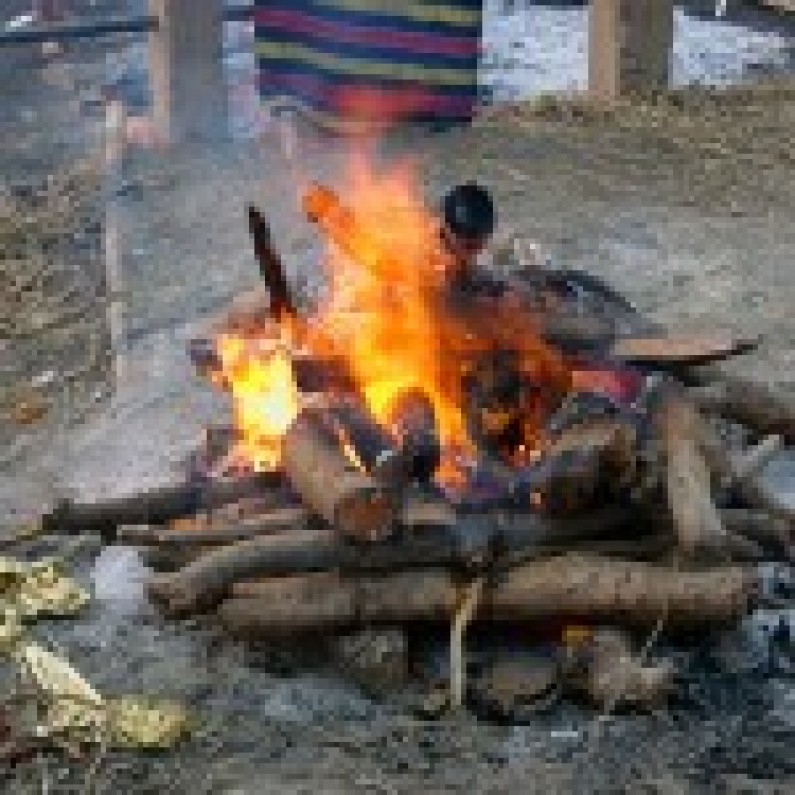 The life of a Hindu starts with rituals and ends in rituals and kirya karam is one of those important rituals so today in this article discuss the Kriya karam ceremony. It is the last ceremony in the life of a Hindu. It is the ceremony that prepares a person for his or her last journey. In a previous article we also have studied about the religions which believe in burying the dead. Meaning of the word Kriya + Karam

You must have heard of the term quite often if you break it there are two parts to it. Karam or karma means the deeds that we carry forward to our next life. Irrespective of the fact that whether our deeds are good or bad, they are our only companions in the continuous cycle of reincarnation.

Kriya means an activity or a ritual. The term is used to describe that these ceremonies ensure that the dead person gets moksha. It ensures that the people moves to a new life and let’s go of all that he or she possessed in this life.

After the death of the person the eldest child of the deceased places an oil lamp on the body and then takes it for the final bath. The relatives of the same gender give the final bath. Then the deceased is wrapped in a white cloth. Some cover the body with a good and expensive cloth or a saree too. The body is then placed on a platform made with bamboos. The feet of the dead body should point towards the South. The head of the dead body should be towards the North. This is so since the south is the direction of Yama, the Lord of death.

The people visiting can place flowers on the dead body before it starts the last journey. Tulsi leaves are placed in the mouth and on the eyes of the dead. The members of the family pour Ganga Jal or the waters of holy Ganges into the mouth of the dead. The dead person is carried by four men of the family on their shoulders though more people can also join in. They are supposed to recite “Ram Naam Satya Hai” or the “Name of the Lord is the only Truth” while they are going to the cremation ground. One person must hold a pitcher with burning ashes and lead the procession.

The Hindus have a tradition to cremate the body. It is burnt so that the body gets back to the five elements that it is made up of. It is the best way for the soul to get free and move to a new life as per the Hindus. The five elements fire, water, earth, air and ether are also used in the ceremony to symbolize the same.

It is the eldest child of the deceased who lights the funeral pyre. The fire is lit with a bundle of kusha grass. The person who lights the funeral fire walks in the counter clock wise direction three times and then lights the pyre with the face being the first to light. This is called the Mukhagni. The Hindu traditions only allow male child to do this but nowadays even girls are doing the ceremony. Later the skull of the dead is cracked with a bamboo so that the soul can escape. This is called the Kalpa Kriya.

The ashes are collected after twelve hours. The ashes of the deceased must be thrown in the river. It is better to throw the ashes in Ganga River. Better if it can be thrown the Ganga at Varanasi. Well it is not possible always, so people throw the ashes in popular rivers near their house. There is an exception that in case of the unfortunate demise at a very small age, children are usually buried in the Hindu rituals. The mourning goes on for twelve days. During this time the members of the family don’t go to temples. They don’t even step out of the house. They were simple clothes. They are mourning in this time. They eat boiled food and not indulge in any delicacy. The picture of the deceased is placed and a lamp is lit in front of it. The family members must ensure that the lamp is on during this time. It is believed that during this time the soul is still wandering. On the thirteenth day a big ceremony is arranged as per the ability of the family. People are invited and delicacies are made.

A puja is arranged for the departed soul. With this the Kriya karam ceremony comes to an end. This is a rough explanation of what is kriya karam in Hindu religion. Each region has different variations to these ceremonies. However the overall ceremony is almost the same for all.