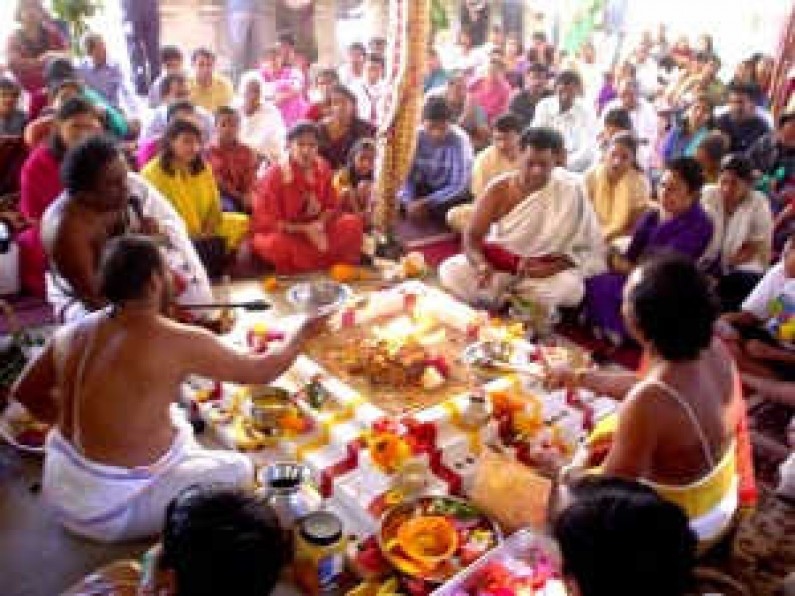 There is a great deal of relevance of yagyas (also pronounced as yagnas) to Hindus, since ceremony brings together believers to make sacrificial offering if form of dietaries to God, in organized gathering led by head priests of the society conducting the yagya. Continued chanting of mantras during the ceremony insights followers in to a Trans, which is meant to fulfill a person’s, groups or the society’s desire as a whole. There are many different types of yagnas that are performed with the simplest for being carried out as a domestic ritual, during this yagyas also known as a “havan” were a sacred fire is lit and sacrificial items are offered in the individual’s home. Sacrificial food items are then fed in to the flames systematically as a form of sacrifice to God, each different yagna if conducted to a different God who is directly held responsible for different difficulties a person may face thus triggering the yagnas to be performed.

To believe the relevance of yagnas is immeasurable since it links the devotee directly to the energy that can neutralize the difficulties a person is experiencing in life.

But yagna ceremonies are not only performed during the times of hardship but also during the normal and good times since devotees believe each different stage is directly involved to a certain God and one must keep the God pleased to maintain the good fortune. Hinduism relates a certain relevance of yagnas to each occasion or event that happens to a person or the community as a whole, the yagna is also associated to different seasons and the farming of both crops and animal rearing.

With modernization some yagyas have been abandoned and are rarely practiced since people have adopted modern ways of life no longer requiring the older forms that have been replaced over time by modern times, where as other continue but have changed as of what the yagna of performed for. During the kings rule era a special yagna known as the Aswamedha yagna was performed by the kings to show their valor and extent of the influence on the kingdom.

The yagna saw the king sacrifice a horse for the yagna, but sadly the yagna today is almost nonexistent since kingdom ship has diminished with the few that are left quickly adopting to modern ways of life thus forgetting this ritual. During the kings rule the horse played a major part in defending the kingdom but today this is no longer the case since a nations defense forces are responsible for protecting the nation.

Although some yagnas have ceased to be practiced, but the importance of yagnas in Hinduism remains as a major part of worship and thankfulness from the devotee God and the practice of performing yagna of different occasions or special events remains deeply rooted within the Hindu culture that maintains beliefs that are thousands of years old and have not changed the spirit of devotion towards the relevance of yagnas.

Sacrifice in any form is prohibited by law as well as it is against the core beliefs of compassion which is the basis of any religion. Hence it can be said that originally the concept of yagyas was not to sacrifice external objects of life forms but internal objects like lust, anger, greed and so forth. That is the true sacrifice which you can give to please any deity or Gods. It is only somewhere along the line that the concept got changed but currently the original meaning is being understood in a better way