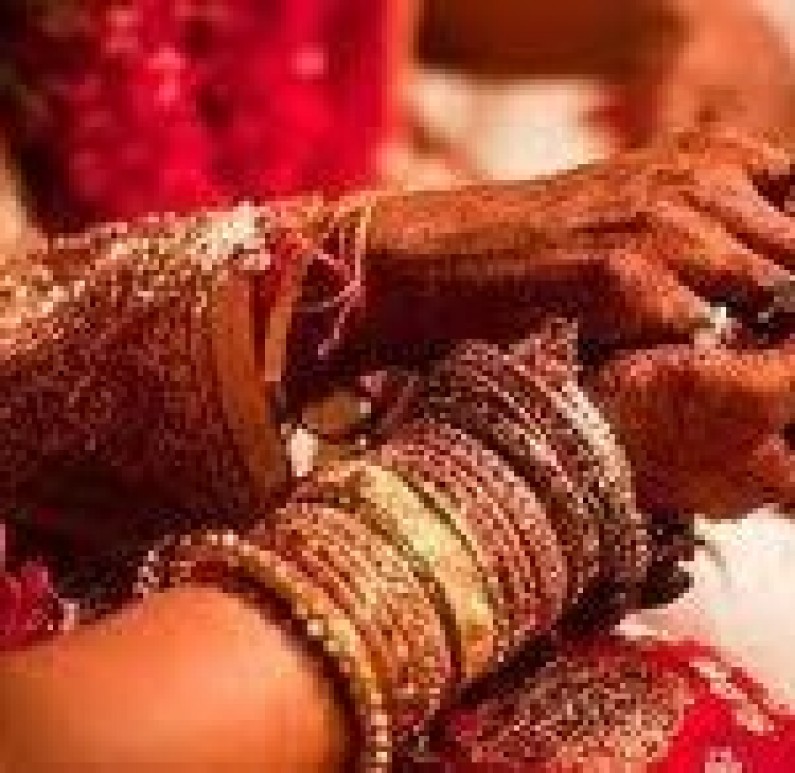 Hindu wedding has many rituals one of such rituals that is omnipresent in all Indian weddings is the saat pheras. We will now discuss what is the meaning of the saath pheras, why is it taken and why the marriage is considered incomplete without them. Well the saat pheras are seven rounds that the newly wedded couple take around a fire. (Please note that we have used the term saath and saat interchangeably in this article)

The mythological importance of the saat pheras cannot be left while discussing the meaning of the saath pheras. The vedas say that in the very old days there was no system of marriage. People would get into multiple relationships and finally regret. No one was happy and there was a lot of confusion. Then a rishi named prajapati started the institute of marriage. After that people started to get marriage and slowly the society developed.

Even lord Shiva and goddess Parvati took these saath pheras when they got married. The story goes like this. The Asuras had defeated the gods and they started to rule heaven. They could do so as lord Shiva had blessed them saying that only his son could kill them. However, lord Shiva was not married.

So that their son could kill the Asuras and get heaven back to gods. Shiva got furious he opened his third eye and he turned Kamdev to ashes. This has a very important significance. It proves that when one is getting married then sexual desires should take a back stage. Sex and having a family is important in a marriage but it is not everything.

The most important part of marriage is that it is coming together of two individuals who will always be with each other. The wife of Kamdev later started a severe meditation to please Shiva. Shiva was pleased and he granted her wish to have her husband back.

The Vedic rituals that are mentioned about marriages are still followed in modern India. People do believe that these rituals bring the boy and the girl close to each other and make them fall in love all over again. We will discuss each of the saath pheras now one by one without wasting much time. All Hindu weddings are done in the presence of lord Narayan and all the other gods and goddesses are invited to be a part of the wedding.

The wedding fire is considered to be a very pure fire that is blessed by all the gods. Fire no matter how many times it is lit it remains young and immortal. This is a reason that it finds a place in all our religious ceremonies. This is exactly why the bride and groom are made to make promises along this fire. This ensures that they will always keep up to the promise no matter what. All the seven saath pheras start with a prayer to the gods and then end with a promise that the boy and the girl make to each other. In the second phera, both the boy and the girl pray to the gods that they give them the ability to understand each other. They promise to each other that from today they are one entity and not two different people. They will always look at life together. They will now on spiritually, mentally and physically be the same and grow as a single force. They will make a house and ensure that it is always full of laughter and happiness. They will always give each other happiness and reasons to live for.

Now the third phera starts, in this phera they request the gods to give them the strength to love each other selflessly and understand the true meaning of marriage. Both the boy and the girl promise that they will never be selfish. They will selflessly love each other and their family. This will deepen their love and give them the strength to live life. The man says he will always earn honestly and provide for the needs of his wife. The wife promises that she will be devoted to the man for life. They also promise that they will never cheat each other in this relationship. They will always be in one relationship.

The fourth of the saath pheras has a very significant role in the social structure of the Indian culture. The Indian culture believes that marriage is not about two people but about two families. In this phera they pray to the gods present to give them the ability to accept each other’s family. In this phera the boy and the girl promise each other that they will take responsibility of the elders in the family. They will take care of reach others parents and respect them. This will ensure that their home is blessed and they are happy forever. In this phera the girl starts to walk before the boy and promises him that she will accept death before him if it ever comes on his way.

The next phera that we are going to discuss is the fifth phera. In this the bride and the groom request the gods to bless them with healthy kids. They promise to each other that they will take good care of the children and give them good values, so that they always make them proud and also grow up to be matured and sensitive individuals. They will nurture the children well and consider them as gifts from the god. They will ensure that they give a happy family and home to the kids to grow up.

In the sixth phera the bride and the groom pray to the god for a healthy life that is free of diseases, so that they can live a prosperous life. They also promise each other that they will take care of each other in bad health and will always be each other’s side till death does them apart.

The last and the seventh of the saath pheras are even more significant than all others. It is the final round that the couple take around the holy fire. In this the couple requests the gods to give them maturity and patience to understand each other. They promise each other that they will always unconditionally love each other. They will be like good friends always. They promise mutual trust to each other. These are the basic pillars of a strong and happy married life. This makes marriage a very strong institution indeed that is basis for society.

Interesting! Yes it definitely is. It is strange that all these promises still hold so true and have so much depth to them that makes them absolutely eternal. Perhaps if all the youngsters understand the meaning of these saath pheras then many divorces that are happening can be stopped or at least reduced. No wonder the saath pheras has been an integral part of the Vedic wedding ritual. India is a country of diverse cultures. Each region has come up with their own style and ritual for weddings. North Indian weddings, South Indian weddings, etc. interestingly in spite of such varied wedding rituals the saath pheras are common to all. This it proves how significant this ritual must be. I hope this explained why these saath pheras are taken and what the significance of it is. This will also help you to understand the meaning of marriage all over again.

Understanding the meaning of the saath pheras becomes even more important as people are now considering a society where there is no marriage but only live in relationships. It is time that we understand the true meaning of marriage and accepts its importance. It must be having something about it that people across the world and across cultures have been practicing it for ages.