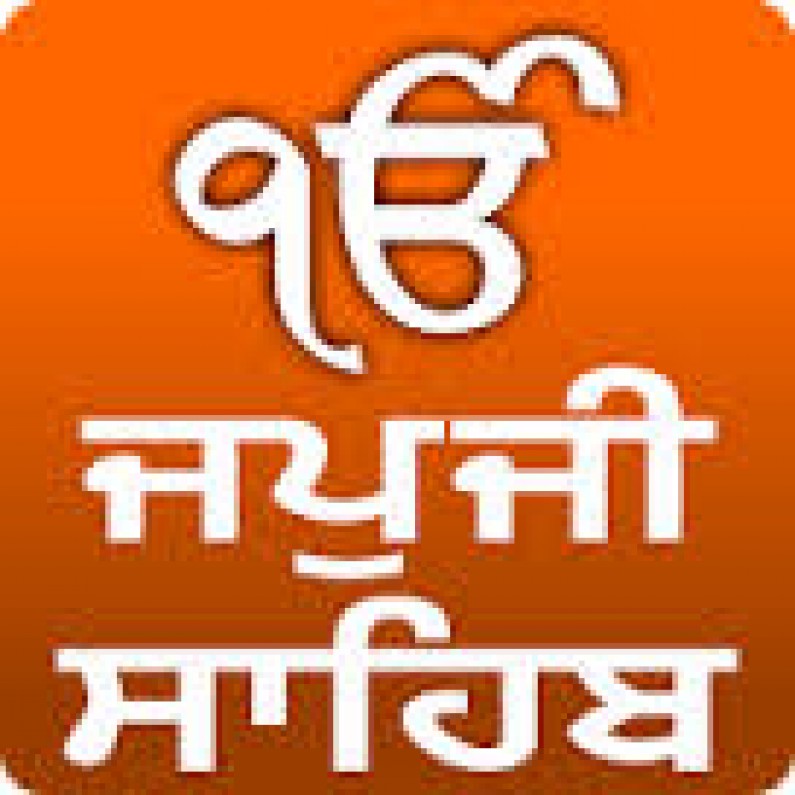 “JapuJi Sahib has in it the inimitable rhythm of life in Nature- it makes man a fountain that flows with the milk of human kindness. JapuJi Sahib is the text of the art of living in unison with Nature and with Nature’s God.”

These words describe the true spirit of this hymn. From the above words it is clear that Japji Sahib even though a Sikh religious scriptue, yet is not just a hymn rather a suggestion for a way of life, a philosophy which is applicable to all humanity irrespective of religion, race or region, like all other true teachings of the Masters and Seers. The Japuji Sahib has been considered to be a spiritual vision of Guru Nanak Dev Ji. The work was compiled after years of travel and pilgrimage undertaken by the Saint in his search for the ultimate truth. The 38 verses of the Sikh Japji Sahib contain the essence of the experiences of a holy soul.

Each verse is known as a ‘pauri’ meaning step and with every step man moves closer to the spirit of the almighty. The Japuji Sahib is a process that leads one to the ultimate aim of spiritual enlightenment.  It is like the eightfold path of Buddhism and sutras in the Bhagvad Gita. It is a collection of dictum in condensed form that a reader can follow directly.

The Japuji Sahib talks about ‘jnana’ (knowledge), ‘karma’ (action), ‘bhakti’ (devotion) and ‘dhyana’ (meditation). The Japuji Sahib consists of the ‘moolmantra’ followed by 38 hymns and a ‘sloka’ at the end. The Guru Granth Sahib, the holy book of the Sikhs starts with the Japuji Sahib.

The most important ‘bani’ (set of verses) it is recited by the followers of the religion every morning. The word ‘Jap’ means to chant or recite. The suffix ‘-ji’ is attached as a mark of respect. As a mark of respect every person reciting the ‘bani’ is expected to cover his head and remove the shoes before chanting it. This is for the reason that it is believed in the faith that when a person recites the ‘bani’ or anything from the Guru Granth Sahib, he is in the presence of his Guru.

The moolmantras have not been composed by the Guru, rather these were revealed to him. The revelations were articulated as such without making any changes to it. The term that is used for describing the ‘moolmantras’ is ‘yathapurvam akalpyat’ meaning expressed as it is seen.

Continuous meditation on the moolmantra helps the meditator understand and incorporate the essence of it in his life. The ‘moolmantra’ starts with the phrase ‘Ek Omkar’ and the glorious mantra says: (The translations are given in the brackets along with the phrases)

Ik Omkaar (There is but one God)

Satnaam (He is all that is)

Kartapurakh (He is the creator of everything and all pervading)

Nirbhau (He is without fear)

Akalmoorat (He is timeless and)

Gurparsad (He can be realized through His grace alone)

Aad such (He was in the beginning)

Jugad such (He was in all ages)

Haibee such (The true One is, was)

Nanak Hosi bhi such (and shall forever be)

Irrespective of one’s religion, when one reads the Sikh Japji Sahib, it is so easy to identify it with what one’s own spiritual masters speak. It is simple all spiritual leaders speak the same in essence. All of them talk about the same God. The treasure of the Japuji Sahib introduces one to true knowledge the ultimate aim.