By Vedantacharya Bhatt on October 3, 2012 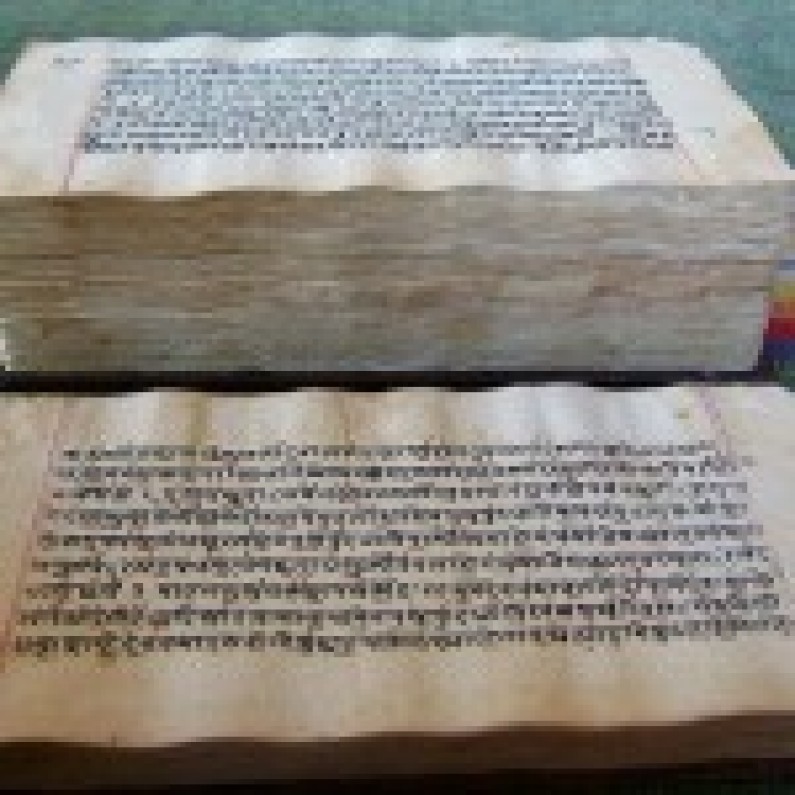 Hinduism is considered to be one of the oldest religions in the world. It is one of those very few religions that has survived the winds of change and is sttheyill followed. The people who follow this religion are called Hindus. This is the only religion on earth where there is no ways to convert. You can baptise to a Christian or convert to a Muslim. However, Hinduism has no such ways of conversion. Anyone who wants to follow this religion can follow it. It is more so as it is a way of living life and school of thought more than a religion. It is open to all. Anyone can read the holy scriptures of Hindus and get the spiritual knowledge of this religion. We will now discuss about the very basis of this religion. The scriptures which are also considered to be the pillars of this religion will be discussed in this article.

They might be thousands of years old. Nevertheless, they have such universal truths in them that you can easily relate to them no matter what age and nationality you are. I hope this article will help you to understand the main holy scriptures of Hindus and also learn a little more about this religion that is absolutely timeless. The oldest and the most important of all the scriptures in Hinduism is the Vedas. They were written in Sanskrit. They have a number of mantras and shlokas that are still recited in the pujas and during any religious ceremonies. There are four Vedas namely Rig, Yajur, Sama and Atharva Veda.  The Rig Veda is the oldest of all it basically contains all the religious mantras and shlokas that need to be recited during pujas. The Sama Veda is also dedicated to shlokas and mantras. These are still followed and recited. The Yajur Veda tells about the sacrifices and the procedures that need to follow during the pujas and yagyas. Even today these step by step pujas are done and the sacrifices mentioned are made. The Atharva Veda talks about how to get rid of enemies and diseases with shlokas. If during a puja something goes wrong then by reading Atharva Veda you can correct the same. To reduce the ill effect of the same puja that went wrong. These four Vedas can also be divided into two sections. One section contains mantras and is called the samhita. The other section is called the brahamans and they consider the detailed explanation to the mantras. Well this is a much generalized view of the Vedas. There is more to it that we will discuss subsequently in other articles.

After Vedas the next holy scriptures of the Hindus is called the Upanishads. The literal translation of this word means to sit beside the teacher and listen. These are basically debates between learned sages and they are deep rooted with philosophy. There are about two hundred texts in this however only thirteen are considered to be the Mukhya or primary ones. Ramayana and Mahabharata are also considered to be very popular Holy Scriptures of the Hindus. Even today these books are recited in temples and in various households. Rama is the hero of Ramayana and Krishna plays a very pivotal role in Mahabharata. These two are epics and they talk about how good always conquers the evil. In both the epics Krishna and Rama were considered to be the incarnation of lord Vishnu. Vishnu is the one who created the universe.

Even today lord Rama and Krishna are worshiped in the various parts of the country. Their birthdays are celebrated and the grandeur is huge. When we discuss the holy scriptures of Hindus how can we not mention the Bhagavad Gita? This is a seven hundred verse long scripture that is originally a part of the epic Mahabharata itself. However, it is treated as a separate scripture and has a value of its own. It is nothing but a conversation between lord Krishna and Pandava prince Arjuna. The prince is confused as he has to fight with his own brothers and elders. He does not know if it is morally right to fight with his own family. During this procrastination lord Krishna encourages prince Arjuna to fight against his own people. He tells him that his fight is against the evil, against what is wrong, so he should fight and not think so much about it. This is a very powerful scripture. It is also one of the most read scriptures in the world.

You can find it in almost all languages. It was the same book that inspired Mahatma Gandhi to fight for justice and freedom. Apart from these there are about eighteen maha puranas and nineteen upa puranas that are also considered to be very vital Hindu religious scriptures. All these scriptures were originally in Sanskrit. However, today you can find them in whatever Indian language you want. Some of the very popular ones can be found in English and also in other international languages.

All these scriptures put together actually stand for what Hinduism is all about. They have been inspiring people for ages and will continue to do so. You just that you need to read them and try to understand them which Is more important than anything else. Well these are the main holy scriptures of the Hindus.  However, this is just a basic idea of these scriptures. We cannot in detail discuss these in one article

. Please keep looking at this space for more detailed articles on this Holy Scriptures of Hindus that we have listed. We recommend anyone who wants to know more about Hinduism to definitely read these articles and get the knowledge that they are seeking. We also recommend parents to encourage their children to read these from an early age. Looking at the crimes that are happening around us and especially at the age of the people indulging in these crimes we emphasize that these scriptures must be shared with kids of all age.