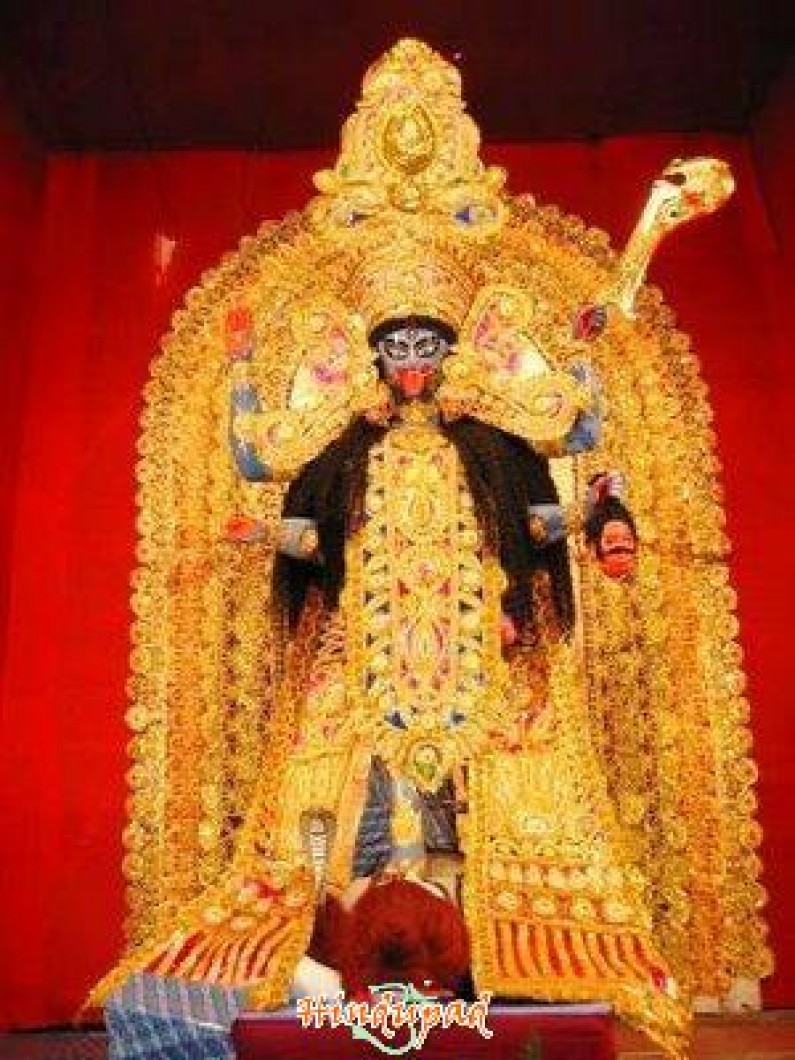 Diwali the festivals of light is celebrated in all parts of the country. Considering the cultural diversity of our very country you will be amazed to know that it is celebrated in different parts of the country in different styles. Each region has their unique significance and rituals associated with this festival. In this article we will discuss about the Diwali traditions of the very culturally rich eastern parts of India.

Well now that you know that the regions have their specials beliefs that are associated with this festival. Let us start with how it all started. In eastern part of India and especially in West Bengal it is believed that on this very day goddess Parvati took the form of goddess Kali and killed the demon Bakrasura and saved the world.

This is exactly why goddess Kali is worshiped on this day across the state. So basically is a day when they celebrate the victory of good over evil. It is a very prominent festival in these parts of the country and is celebrated with a lot of enthusiasm. No wonder this festival is also called Kali Puja in this part of the world.

Before this festival the houses undergo heavy cleaning. Some people still do this puja in their houses. However, many prefer to go to the kali temple or they make groups and do a puja. This is not as grand as Durga Puja but still is considered as a very auspicious festival.

On this day people mostly gamble. It is considered to be a good omen.

On this day it is believed that goddess Parvati and Shiva played dice. They enjoyed the game a lot. However, with time people don’t play dice anymore instead they opt for cards. By the pay playing card is a very popular time pass in this part of the country. Almost every one irrespective of their age and sex know to play cards in eastern India. If you win the gamble then you will definitely have a great and prosperous year ahead.

Disclaimer: gambling is bad for society and the manner in which it was played in those times was for pure entertainment so do not take this passage literally

In eastern India traditionally Rangoli is made with white rice paste. It is not colourful like the other parts of India. It is simple and just elegant. It is locally called alpona. Women soak their tender fingers in this paste and they make rangolis. It is a common practice and is still made in the houses. After the alpona is made it is decorated with red colour at places to make it look more attractive and is also decorated with small diyas.

If you visit a house in eastern India during this festival you will get to see these at the entrance of every house almost. Flowers are also traditionally used to decorate the houses during Diwali. However, with time ribbons, candles and even small bulbs are being used.

Each part of the house is lit with diyas. It is believed on this day the goddess Lakshmi visits the houses so it is ensured that no corner is left in dark. A day before the Diwali night fourteen diyas are counted and placed at various parts of the house. This is a very significant ritual and is still followed in almost all households. The doors and windows are kept open all night to let the goddess in.

A diya is lit in front of the gods and it kept lit thought out the night. If this lamp goes of then it is considered to be a very bad omen.  Sweets and snacks are made in the houses or are bought from the stores.  Gifts are also exchanged maybe not as lavish ones like Durga puja but there is still a tradition of giving gifts. A day before Diwali is also considered as a good time to buy new jewellery or utensils. Everyone as per their capacity buy whatever they can range from gold and diamonds to even household goods. This makes it a good business time for one and all.

Crackers are an integral part of this festival even in this part of the country. Crackers of all types are sold and paly with crackers during this day. The kali puja is usually around midnight. So people stay awake and keep playing with crackers. It is a good time for the family to get together and have fun.

Bali or sacrifice is also associated with this festival. A goat is usually sacrificed to the goddess on this day. It is an old ritual and is considered to be a very auspicious act. This goat is later cooked and feasted on. This is a very common ritual that is still followed. People all across eastern India definitely have mutton on this day.

Disclaimer: eating meat may not be the best practice and goes against the concepts of brahamcharya

Another interesting ritual that is done in Diwali is that people show path to their ancestors. In almost all parts of eastern India rather West Bengal, where jute stems are burnt and lights are placed on the paths so that the ancestors can see their way. As you can make out this is a tradition that is followed only in rural India and not in the cities now. In the olden days it was more common and was followed more religiously. Many traditions have either died or have adapted themselves and this is how Diwali is celebrated as of today in the Eastern part of India.

These are the traditions and beliefs that are generally associated with Diwali in eastern parts of India. The rituals are simple and very special indeed. I hope now you will be able to understand the Diwali traditions of eastern India better. The customs might be different but the main message of Diwali remains the same.

If you are visiting this part of India during festivals then you will be able enjoy it better and understand the sentiments more with this article. If you are from the western part of the world then I am sure you will be amazed to see the similarity of this festival with Halloween.