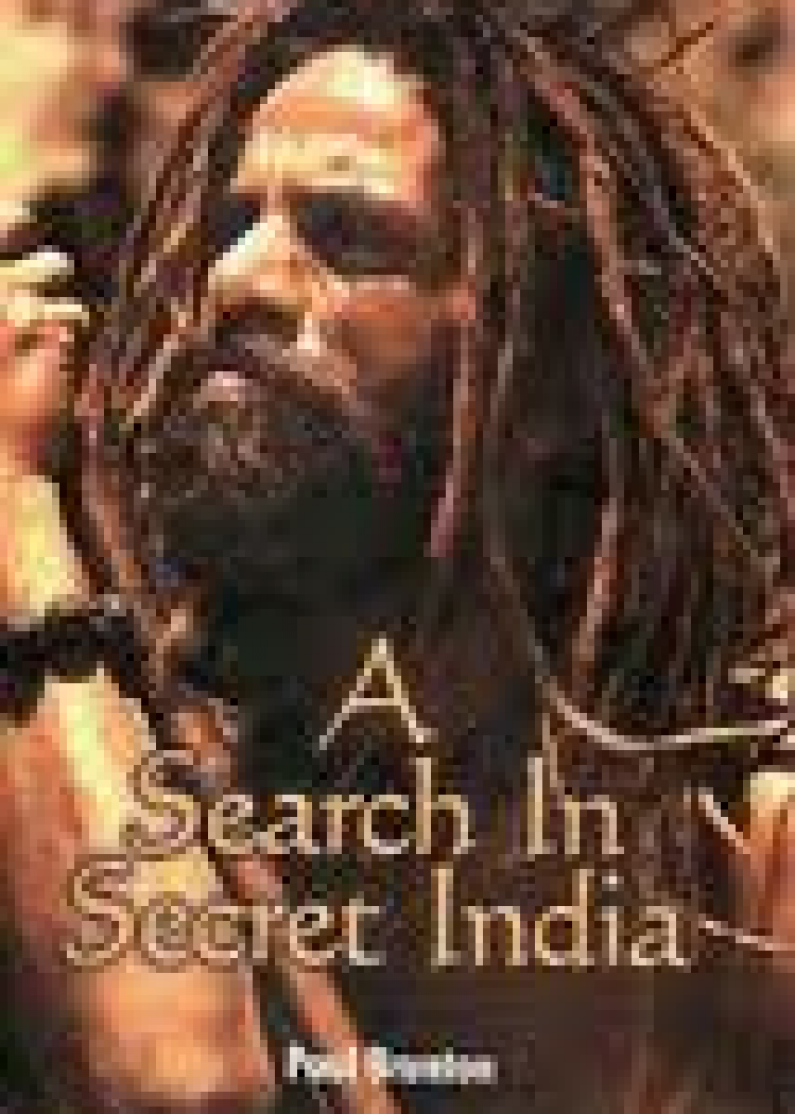 India is a land of mysteries a country that you will perhaps not find anywhere else in this whole wide world. It has fascinated people for ages. Philosophers from all over the world have many a time visited this fascinating country and have done their own interpretation of its culture and traditions. We are now going to discuss about one such great thinker named Paul Brunton and his book named “A search in secret India”.

We will try to discuss a bit about the author and his celebrated book. Well the author was born in the year 1898. He was of German and Jewish origin and was named as Hermann Hirsch. He later changed this name to its present form. He was married and had a son. His marriage did not last more than three years. He left his wife as she loved another man. He remained a bachelor for the rest of his life. He believed that singlehood suited him more. He died in the year 1981. He dedicated his life in searching answers for a lot of spiritual questions that he wondered about. He wrote a lot about yoga and the mystics of the west. He came to India in the year 1930. He met a lot of leading gurus in India. He interacted with them. Ramana Maharishi helped him to seek answers to his questions. His book “A search in secret India” is also inspired by the teachings of Ramana Maharishi. He is thus credited with introducing Ramana Maharishi to the western world.

The book was published in 1934. Paul Brunton was very closely associated with books and had written many articles and books before he wrote this one. His work is remarkable. It gives a very detailed account of how yogis in India attained siddhis. It mentions remarkable recoveries made by people. The western world was totally taken aback by this book and started to give more respect and recognition to Hinduism and the religious beliefs of India. The book gives a very detailed account of the teachings of the Ramana Maharishi.

The author also gives a detailed account of his stay with the Rishis and fakirs of India. He also mentions about the fake ones. He describes the life changing experience that he had with these sages. The way of life that they followed inspired him and helped him to realise the meaning of life. It is basically a journey of a sceptic to realisation of the divine truth and appreciating its true worth. The book is definitely a ten on ten for any book lover. The style and the flow of the narration will leave you mesmerised. He also gives a very vivid description of the yogis and their yogas. Making it one of the most important and must read books for anyone who is practicing yoga. It tells about the interesting facts that can be associated with yoga. Yoga can heal a person physically, mentally and spiritually. The power of yoga was brought to the notice of the western world with this book. They slowly started showing more interest in this and today Yoga and power Yoga is being followed by many all over the world.

The book has sold about two hundred fifty thousand copies worldwide. That is a huge number indeed but the fact is that this number is only expected to increase as more and more people are reading this book even today. He travelled almost the whole of India. He encountered various experiences and met interesting sages and gurus. Some were real some were not. Some taught him and some inspired him. He also mentions about an astrologer who predicted that he will travel a lot and will pen down his experiences that will be read and appreciated by many across the world. It did happen so. This was his first book. How many authors can expect this phenomenal success from the first book itself? Perhaps that’s what karmic force actually is.

He does write in the book that he was a sceptic and he would not accept things that were told to him until he got sufficient proofs to support it. In this book he does mention that Hindu’s have this tendency to blindly believe anything without questioning. This is what the book is about how his scepticism was affected by what he saw and experienced in India. This left him spiritual and gave a new meaning to his life. Questioning actually helped him to get a deeper insight into the Hindu culture and religion. He tells us how Ramana Maharishi went into samadhi (a state of meditation) at the age of seventeen. The author himself learned meditation and practised the same during his stay in India. This is when he realised that how small and meaningless the worldly pleasures were in front of what he experienced within him. The inner peace and happiness were absolutely blissful. His work is a classic and will take some time to match. What he wrote in the book was a compilation of his notes that he made during his stay in India. He later on put these together and result was the book that till continues to inspire people. Many travellers to India confess that this book actually inspired them to visit this country and experience its magic.

You can easily find this book online. You can either download it or you can read it online. You can also buy this book at any book store. Paul Brunton had written many books but this remains to be one of his most famous works. That gave him recognition and fame. We recommend this book to all. The style of writing and the depth in it is very inspiring and perhaps life changing. It is a book about spiritual journey of a man and it can make you think hard. Whenever there is a discussion on spiritual travel writing this book will be mentioned. This can also be considered to be a classic in this particular book’s category.  Happy reading!