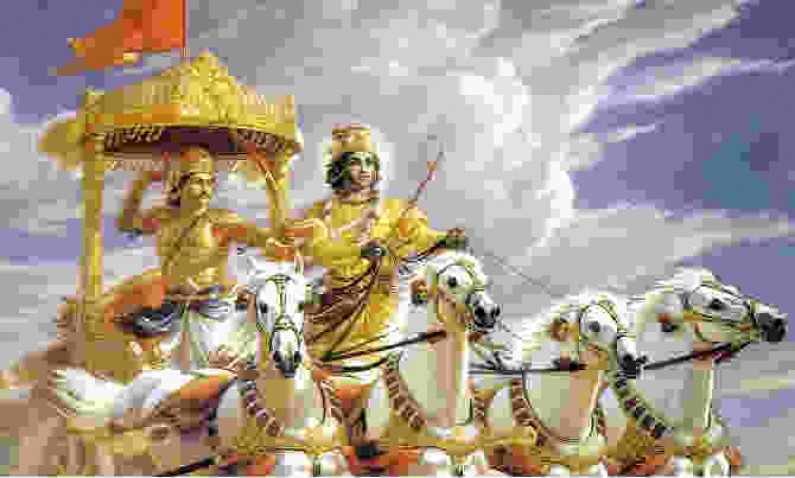 In Gita Arjun refuses to kill his family members but Krishna tells him to take the weapons and fight. We will try to understand here if it is all right to kill and take a life. Is Krishna trying to say that killing someone is justified?

Krishna was often asked what Dharma is and did he even know what Dharma was. First he was questioned by Draupadi when he tried to get her married to all the five Pandavas. Then he was questioned by Bheem when Duryodhan refused to give half of the kingdom to the Pandavas and Bheem wanted to kill Duryodhan. Krishna stopped him and told him that they should go and set a kingdom of their own. The definition of Dharma

Karma is completely depending on the situation. Dharma is beyond Karma. If you look within yourself you will not be able to understand either what is the difference between Karma and Dharma either. No one will be able to give you a clear answer. What is dharma in one situation might not be so in another situation. It is within you. It is about your moralities and your principals. For example man is the most intelligent species that has ever evolved on earth.

Man is strong and can dominate all the other animals with the use of his intelligence. If you look closely you will find that everything that a man does is actually injustice to the other forms of life. This is what makes it very difficult to judge if Karma is absolutely wrong or it is absolutely right. You must see that whatever Karma you are doing is actually benefiting most of the life forms and others. If the karma you are doing is wrong for most of the living creatures then the karma is not right.

Only a person who is a fool or a person who is very cruel can say that a particular Karma is absolutely justified. For example as per the external forces you will have to decide how you will do your karma and this is what dharma is. It is natural for all of us to keep thinking that whatever we are doing is absolutely right or wrong. No one can justify his action easily.

We will be wasting a lot of time in deciding if what we are doing is right or wrong as per the rules of karma and dharma. If your intention is good and you want to do good for all then you will always do the right karma. If you are selfish and you want to think only about yourself then the result will be wrong. There is no difference between me and us. Both are the same and whatever you do must benefit both that is the main aim of life and karma.

All that Krishna said was always include everyone in the decision you are making. When you are doing something just see if your action is benefiting most of the people you know or it is harming most of the people. If your decision is wrong it will harm most of the people. Always try to look at things from the “us” point of view. As soon as your point of focus becomes I things will start to go wrong. This is a simple thing that Krishna tried to teach all his life. The decision you take which is your karma depends on the situation. It cannot be completely justified or denied. Any Karma cannot be one hundred percent wrong or right. This is what Krishna tried to prove through his actions during his life.

Look within yourself and see what you are doing will harm most people or help most people. If your action is going to help majority do it no matter how much opposition you get. You must know that what you are doing is right only then you will be able to stick to your decision. If you yourself is confused then you will never be able to achieve success in your karma. If you get your karma right you will also understand what dharma is.

When Krishna told Arjun to kill it was because that is what the situation demanded. If he did not fight he would set a very wrong example. Injustice was done not once but many times. The Kauravas tried to even kill the Pnadavas. Krishna wanted to ensure that there is Dharma. For Dharma to come it was important that the war happens and the right wins over the wrong. Killing is not right all the time but in that situation where Arjun was killing was justified. It was his Karma and it would do well for all. Not only for the generation he was living but for the new generations to come.

That is exactly why Krishna told Arjun that you just do your Karma. Do not worry about the results. The results are depending on the external factors. You must only concentrate on your inner soul and follow what your heart says is right. Dharma is nothing but doing the right Karma at the right time.