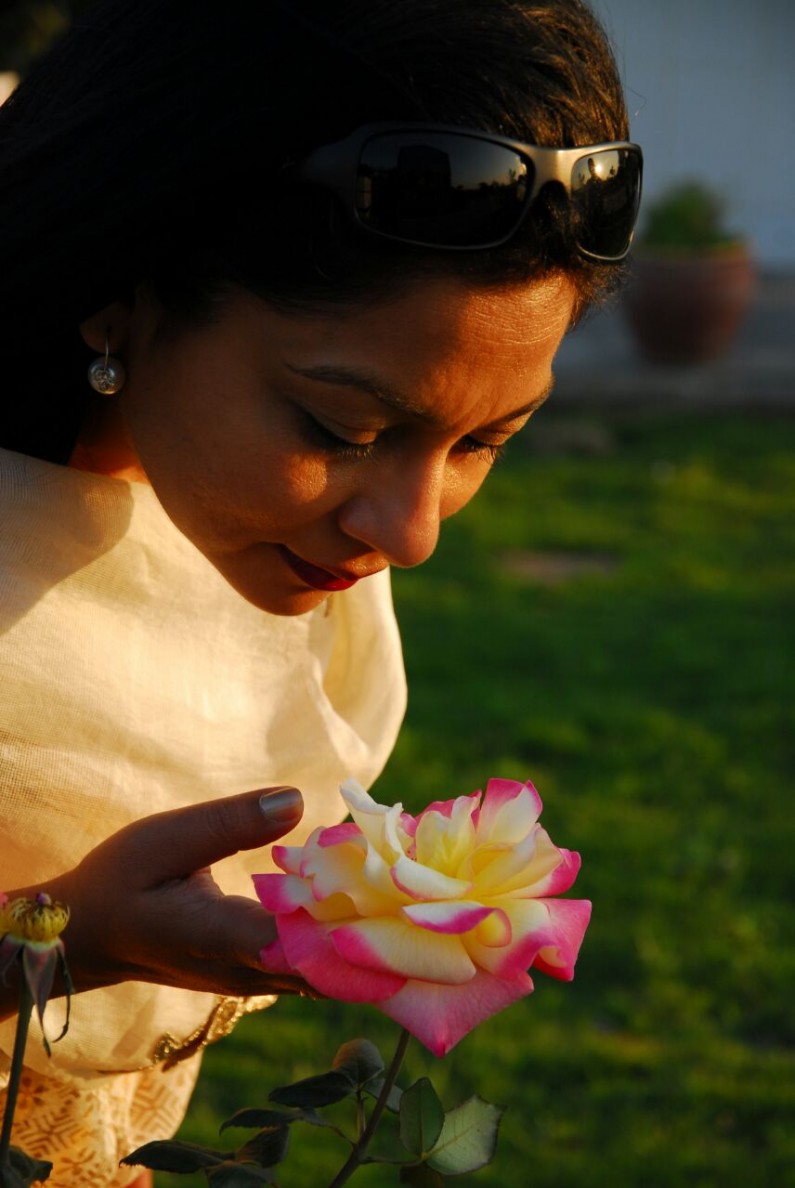 Life is full of mysteries and sometimes they do come across as a pleasant surprise. Today we are going to talk about one amongst our own who has elevated to a new level silently but slowly. We are talking of none other than Mrs Meetu Nayyar who is a multi-talented personality and has played different roles in her life successfully including but not limited to a lawyer, personality development trainer, management executive and the torchbearer and front runner of a dedicated platform for fighting cancer in the form of Can Fight Cancer Society. Somewhere along these varied roles, she developed a zeal for the inner quest, a bug which bites very few but whoever go after it, find the world too irrelevant for them. Finally on the 4th of Oct 2017 she was officially given the Sannyas Diksha in the presence of the presiding deity and Gurudev Swami Rama of the Himalayan Yoga Tradition.

The younger days of Maa Mokshda were spent like any other young girl playing with friends and sakhis, building nest of dreams and studying to the best of her ability. Having done her Law Degree from Panjab University, Chandigarh she started her legal practice for few years, which later on she switched because of her marriage in the nearby town of Ludhiana.

She performed her duties in the various professions with equal dedication, whether it was teaching at LPU or training manager at Frankfinn, her zeal and enthusiasm were visible all along. Later she also forayed into freelancing and started the NGO – Can Fight Cancer – which is growing in strength each day, drawing inspiration and strength from her and other members and volunteers.

Maa Mokshda had been interested in the spiritual side of things from the very beginning though the spark turned into a bigger fire when she joined the local center of Himalayan Yoga under the aegis of a dedicated yoga teacher and incharge of Ludhiana center of HimYoga Shri Sunil Trikha ji, who himself is a person who discharges his normal worldly responsibilities along with progressing on the yogic and spiritual path and helping others to do so.

Finally she decided that it was time that she dedicates herself fully to the quest and took official sanyasa.

On a personal note, this news came as a surprise, as a pleasant shock and slight tinge of sadness to be honest. I do not claim to know her since very long but we had been working together for nearly a decade now. Praising her for the various virtues and qualities will seem superfluous so will omit that and only wish her best for her spiritual life too. I know she does not like writing about her of discussing about her life, but just taking the liberty to do so as a mark of respect to the lady I know so well personally and addressed her as Di, and now as Maa Mokshda

Our editor has penned down a few lines for her

On the journey of life various people who come and go
Yet there are some who are so bright, they steal the show
You are one of those gems which are classified as rare
Like the pole star, the guiding light you can stare
Having excelled in all walks of life, now the inner quest
Perhaps this change was destined, at His behest
To renounce the world is one of the most challenging task
Only a pure soul can do it, transparent without a mask
It takes an indomitable will to take such a decision so bold
To rise above pleasure and pain, sorrow and joy, heat n cold
It seems difficult to believe that the person you knew so well
Is having such a mighty transformation which you couldnt tell
We wish you best with the new journey done by only lucky few
Who get to walk on this path, who realize the world is like morning dew
It is very pleasant to see, feel and to walk but suddenly its gone
Graciously blessed are those who realize this before the dawn
It would be really fortunate if more people had the same fate
For in this new journey, they would rewrites life on new slate
Words cannot express the joy and the elation of this pious act
Yet the worldly mind also feels the pain, it is just a plain fact
Sisters are born to be around till the end of life, the end of age
But then this is a Divine command, you transformed to a sage