Asia Ramadan: Kurdish Angelina Fights Till The End Against ISIS 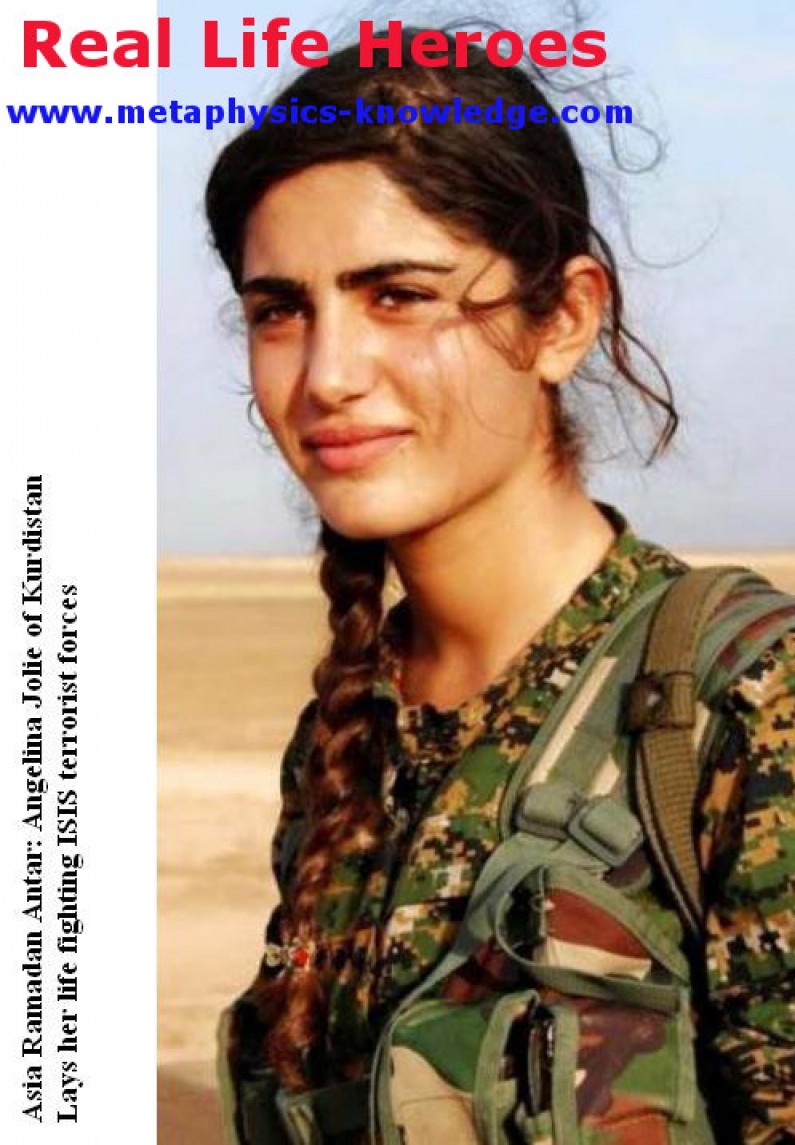 At an age when girls are fond of lipsticks, makeup and clicking selfies with friends having fun

She was also an epitome of beauty redefined, at her young age of 22, she could have shied away

Yet she preferred to fight terrorism and cruelty, like a rock she would defend she would stay

She was a born fighter who would let hell loose on the terrorists, pounce upon them like a hound

Her name was sufficient to strike terror in the minds of those who were guilty, barbaric and cruel

The world needs such people for fearlessness was her character, which we all need to partake

She did not even worry for her youth, she had put everything that she had and owned at stake

Such warriors do not die, for Krishna said that they are just rewarded with the highest of life

If she would have been ordinary, she would be just satisfied being at the back enduring strife

She might be of a different religion, yet the proverbs of Gita describe such a person as superior

In front of her valour and strength, most of us who are proud of our fake selves would feel inferior

Then there will come a day when the unjust will fall on the ground, no matter what their might