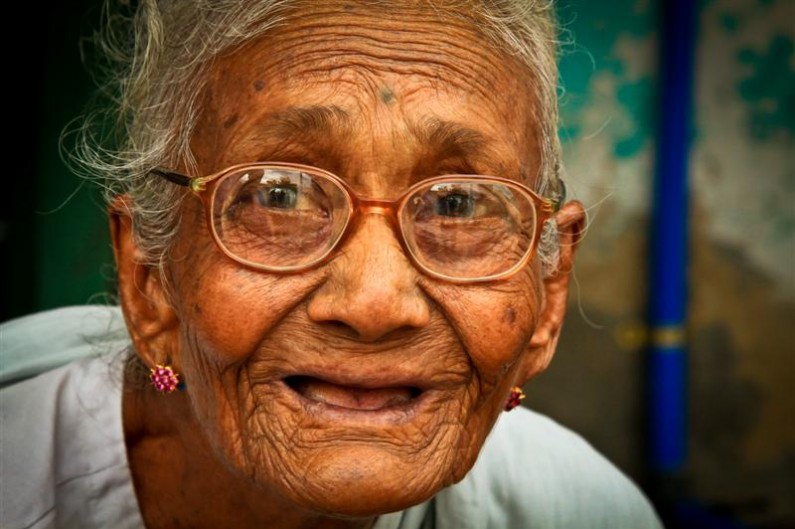 Today as the world celebrates The Mother’s Day, it is time to do a reality check and see how the society has changed and what is the status and position of senior citizens in general, females to be more particular and specifically the Mothers, who occupy a special role and position in any society and culture, more so the orient than the occident.

Talking of the eastern philosophy, the Mother has been equated to God mainly because of the power to create a new life, and to nurture it as well. Of course the place of Father is equally important and pious in the Asian cultures but still the female holds superiority. This also defies the popular western thinking that females had been downtrodden and deprived category of humans in ancient history of the oriental lands. Talking of the Hindu religion, which is one of the most prominent in the Asian subcontinent given its age and numbers, most of the deities are female and it would be wrong to say that the females were a degraded lot during ancient times. Infact the custom of holding swayamvar shows that females were given immense freedom to choose their partners and their choice reigned supreme.

However the past glory is not an indicator of the current status. Today not only are the crimes against women on the rise in general, but also the senior citizens including Mothers have a bad state of affairs, even though it is not equally applicable to all in this category.

It is strange but one of the reasons is that females are being downgraded by females themselves, not so much by men. For example apart from crimes against women, which are relatively lesser in number, the larger number of older females are victims in their very own houses through their daughter-in-laws who do not want to see much of them.

The age old rituals and tradition of respecting the elders seemed to have gone down the drain. The so called independent modern females usually have the worst track record in this matter as they consider themselves too superior to respect anyone.

The above talks are more generally social and materialistic point of view. From the spiritual perspective, the qualities of patience, trust, love, humbleness, sincerity have given way to selfishness, laziness, impatience and so forth. All these kaliyuga gunas give rise to all sorts of troubles related to Mothers.

However all is not lost, for we need to realize that the karmic cycle operates with impeccable accuracy and efficiency. If we do something today, we gets our fair share sooner or later so we better watch out.

Things to do on Mother’s Day

Even if you do not have the money or even if you have and do not buy flowers for your Mother, just follow these few tips and you will certainly have the blessings of the Gods

It might seem to be a formality but shastras say that touching feet of elders is beneficial from the spiritual as well as the material perspective. We have uploaded a full post on this topic which you can read by clicking on the above link.

Spend time with all elders as far as practically possible. Usually the youth are too busy in their enjoyments and mid ones are too busy earning and the problem of loneliness takes its toll

Even after marriage, think of parents at the helm of the family. We strongly despise the so called modern version where the definition of family means spouse and children. This is an indication of the materialistic mindset of western culture. In the eastern traditions, the elders have the prominent position always

If they are not well off, make sure to take care of their financial needs, medical needs and so forth. Do not consider it as expenditure for it will be returned to you manifolds through the Grace of the Almighty in due course of time. Even if not in the financial form, the rewards will be unlimited in other forms like saving you from bad karma and bad happenings

Try to take them out at least sometimes for an outing may be even if just nearby. Sometimes you can go on religious trips to more distance provided health and other concerns are favourable.

Remember the Mother’s day is not about celebrating it for a single day but to follow this practice lifelong and with dedication.

A few lines dedicated to all mothers of the world

In all cultures and all religions, the nearest form to God is the Mother

Across all continents and oceans, there is no such relationship, none other

It is not due to any blind attachment, that this has been created above all

But it is due to the unconditional love, that makes it stand above all, so tall

Because creator itself has the form of the mother, the eternal womb

From which all things come and go, which is the cradle of all and the tomb

Just ask a child, what is a mother, he/she will tell you in the best way for sure

For they are the best humans to describe it, with their minds so clean and pure

Only a society which respects its elders stays alive, grows & prospers all the time

For it is such a divine poetry, it is a like a flute playing the best of chime and rhyme