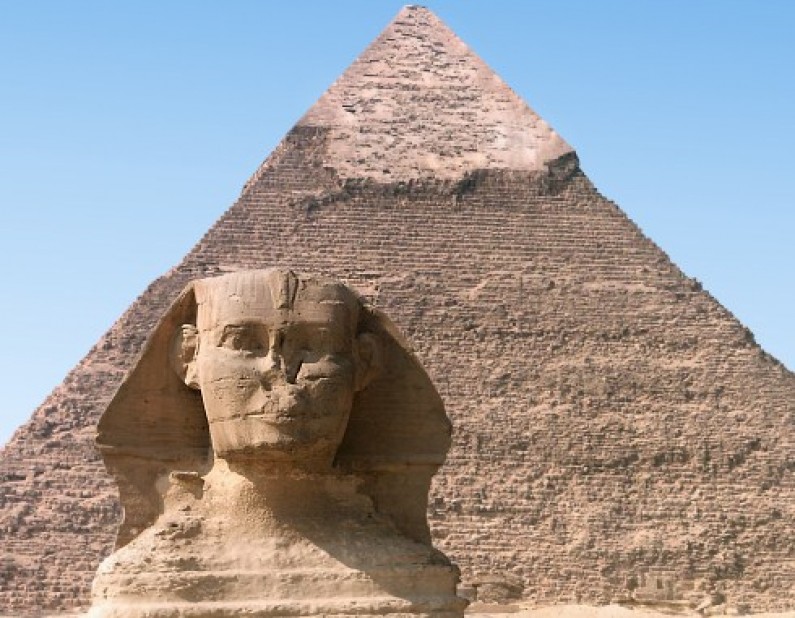 Egypt has always been associated with the ancient pyramids. It has been proved today that the oldest pyramids were not in Egypt. However, even today whenever there is a mention of pyramids, Egypt is the name that comes to our mind.

Generally speaking, tourists are not allowed to enter the Pyramids as they are considered to be very sacred. You can see the pyramids only from outside when you visit Egypt. Of course there have been exceptions like the night which Dr Paul Brunton spend in one of the pyramids and wrote about his experiences in “A Search In Secret Egypt”.

Some Facts About Ancient Egyptian Pyramids

In Egypt there are about one hundred and thirty eight pyramids in total. The number came up after years of research. Due to sand storms many pyramids get hidden. This is exactly why it is difficult to get the right number. There may be many more that have been eroded by the sand erosion. About twenty thousand to one lakh workers would work to build a pyramid. No wonder that the Egyptian Pyramids have been named as one of the Seven Wonders of the World. We all know that the pyramids were initially built for the kings and prince to rest after death. The pyramids were filled with all the things that the king used during his life time.

The Egyptians believed, that the kings would use these items in their life after death. They had a strong faith in after life. The kings were mummified and they were kept inside these pyramids. Egyptians had mastered the art of mummification. It has been noted by the historians that the pyramids that were built in the later stages of Egyptian history were built in a hurry. They were not as detailed as the first few pyramids.

We will now discuss the meaning of a pyramid symbol. The shape of a pyramid represents a primordial mound. This mound is what the Egyptians believed made the earth. The Pyramids were designed keeping the descending rays of the sun in mind. The Pyramids were polished and they would shine when seen from a long distance. Some of the pyramids were also named like the southern shining pyramid. Some religious belief was that the pyramids are like a resurrection machine. They were basically used to bring dead back to life.

The Egyptians were very advanced in science and technology. The Egyptians believed, that the night sky was a dark area.  They also said that round this dark area the stars revolved at night. This night sky and the dark area was the way to the heavens. This is exactly why every pyramid had a shaft that extended from the burial chamber and went through the entire body of the pyramid.

Finally this shaft would point towards the dark part of the sky. This design was to ensure that the person resting in the pyramid rests in peace. It also ensured that the soul of the dead is taken directly to the heaven. This made the Egyptian Pyramids a mystical construction that had the magical ability to open the doors to the heavens.

The king resting inside the pyramid would be taken directly to the heaven where he would be meeting the gods directly. This was the most important spiritual importance of the Egyptian pyramids. Another interesting aspect about the Egyptian Pyramids is that most of them were built in the west bank of Nile.

The Egyptian Pyramids were of this shape as the Egyptians believed that it was a very powerful symbol they also believed that these structures to give live to a body after a period of dormancy. The Egyptians did believe that death was not the end of life. Instead it was the way to a new life a new beginning.

The union would be more of a spiritual nature than of physical. This could happen at any point of time. The Egyptians though that bot soul and the body were eternal. They did not have any concept of time. This shows that the Egyptian pyramids were definitely a result of Egypt’s both technical and spiritual know how. No wonder they still fascinate the world with their mystery.

It is indeed interesting that the Egyptian Pyramids were built with such strong religious beliefs. They represented the culture and the essence of Egypt itself. I hope by now you have understood the spiritual connection of the pyramids and the death. We hope that these structures will be protected and in the future they will keep attracting tourists to the country of Egypt. We know a lot about the Egyptian pyramids today. However, there is still a lot more that is yet a mystery.