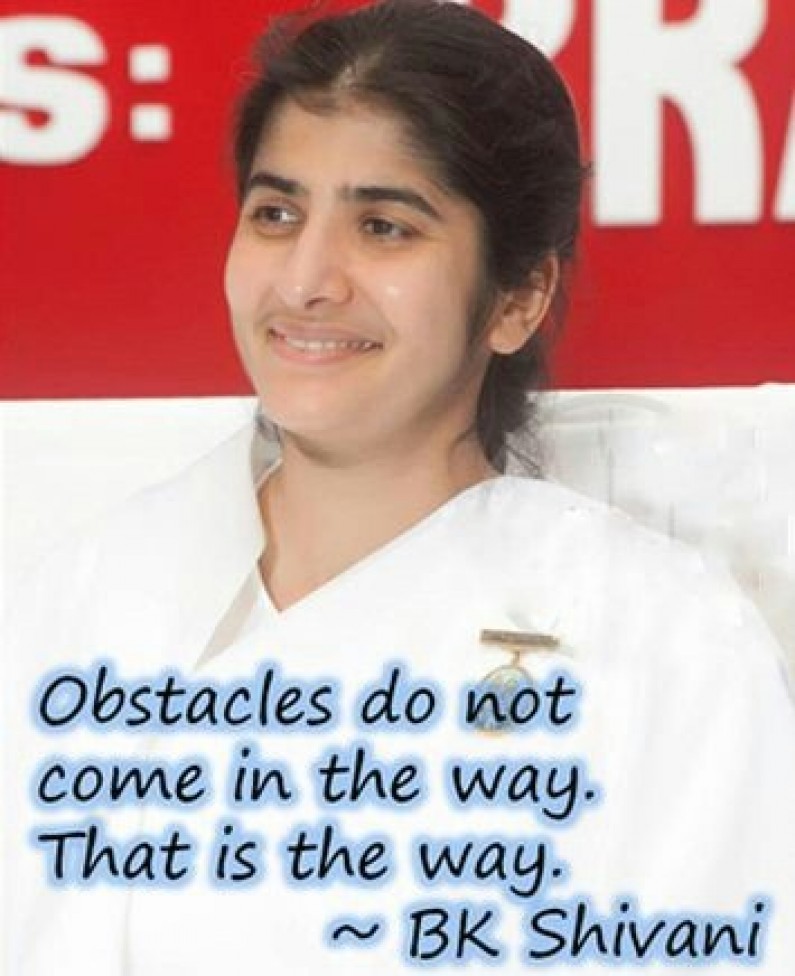 From Shivai Verma to Sister Shivani

Sister Shivani was born in 1972 as Shivani Verma. Her parents had a religious bend of mind and thus Shivani got a spiritual environment in her house as she grew up. Her parents would regularly visit the Brahma kumaris world spiritual university. It is a popular religious movement that started in Hyderabad.

Brahmakumaris basically means daughters of Brahma. This institute teaches meditation and how to focus on the inner soul. They believe that soul can never be bad and god resides in the soul of all humans.

Shivani would attend all the lectures and sessions of BKWSU with her parents. These sessions were very informative and interesting to her. Shivani was always a good student. She completed her electrical engineering from Pune University and she was a gold medallist. After completing her degree she worked as a lecturer in the Bharati Vidyapeeth college of Engineering located in Pune.

Once there were too many viewer queries at BKWSU and they did not have enough teachers to attend to all these queries so they allowed Shivani to answer few of these queries. This program was aired on television and thus helped a lot in ensuring more popularity for Shivani. Since then she was also called as sister Shivani or Brhmakumari Shivani. She is a very popular Indian spiritual teacher today and an inspirational speaker. She has been directly associated with BKWSU for over fifteen years now.

After gaining enough popularity sister Shivani started her own motivational courses on television. This can be dated back to the year 2007. If you want to listen to sister Shivani you can login to the astha channel on television. There are a lot of achievements that can be listed for sister Shivani once such achievement was bestowed upon her in 2014 as she was awarded the women of the decade achievers award by All Ladies League. This was given to her contribution on empowering spiritual consciousness.

Sister Shivani is a very good speaker. Her main intention is to ensure that the youth and the children understand the importance of meditation. She also talks about how we can include spiritualism in our day today life to make our life better. She has about two hundred million followers across the world.

Sister Shivani has been invited to give lecture on religion to many parts of the world. She is a young lady who is well educated. She has given a new essence to the BKWSU as more and more people arre becoming aware of the organisation through her. She admits that as a teenager she was nowhere interested in BKWSU and enjoyed her time like all young girls do.

However, as she grew up and she saw that attending BKWSU was making her mother so much stronger she decided to attend the sessions and see what impact they would have on her. At the age of twenty three she started to regularly attend the sessions of BKWSU. Sister Shivani is very humble and she accepts the fact that she is also learning and should not be treated as a Guru.

Sister Shivani had a good academic record and she was all set to make a great career in electrical engineering but she left all that and took up a life of spiritual teacher as it gave her much more satisfaction and happiness. She further states that if someone can learn something from her teaching the credit must be given to the person who understood the essence of what she was teaching. According to her a good guru cannot be successful until and unless she gets a good student.

Sister Shivani claims that many young kids find the teachings of BKWSU very interesting. The teenagers are under a lot of pressure and under pressure they do things that only make them feel guiltier later. For example young girls under peer pressure take to physical relationship only to feel guilty later.

Sister Shivani tells these young girls that making love is not wrong but it should not be done under pressure. Instead they should do what they feel is right from within. Just because your friend has got into a physical relationship does not mean that you will have to get into it. Teenagers have many such problems and they find the solutions in the speech of sister Shivani.

Sister Shivani clearly believes that if we do not work on ourselves we cannot improve our relationships. She says that point is not in making someone else happy. Until you are happy and full of positive thoughts you cannot make someone else happy. Similarly as a parent when we react to failure the child learns that success is so important and they start to fear exams and become competitive. Spirituality teaches us to become more in control of our inner state.  Sister Shivani says spiritualism is a way of life and as we exercise on our body we need to exercise on our mind and soul in order to become more spiritual.

We have tried to discuss almost all the aspects of the life and teaching of sister Shivani we hope that the readers will find this article informative and interesting. There are a lot of articles on sister Shivani and her teachings that are available online which you can refer to in order to know more about her.