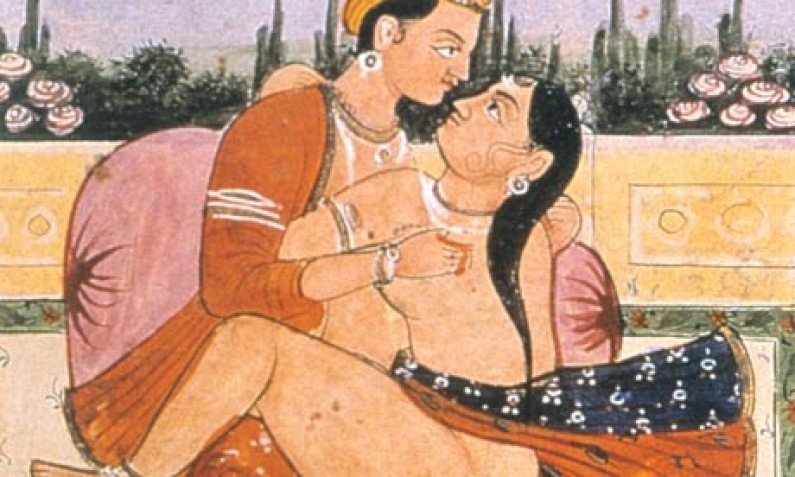 The land of India is known all over the world as the land of Kama Sutra. The book was written by Vatsayana. We will now in this article discuss about who actually Vatsayana was and what was his contribution. He was a very learned man. He was known for the great knowledge of Vedas that he had. The exact time of his life cannot be dated. However, the historians believe that he flourished during the Gupta period. This would be fourth to sixth century. He was born in India. Vatsayana spent a good part of his life in Benaras. He was a great scholar. He was also a good spokesperson and as a result he was very popular with the tribal. He was the one who created the goddess Tara among the tribals. This goddess was later worshiped as Kamakhya. The book Vatsayana wrote has been misinterpreted by many. It is said that he wrote the book to prove how spirituality can be obtained by sexual behaviour.

Vatsayana was a student of religion he was not involved in any sexual activities. The book that he wrote was a depiction of the physical pleasures that people normally look for in life and nothing else.

Vatsayana said that we all have three possessions

If one can ensure that they don’t become the slave of their passion then they can attain success in all that they do. This was what Kama sutra was based upon. The main concept was to overcome passion and ensure that we channelize it in the proper direction.

In the book Vatsayana also mentions some old customs and beliefs that were always associated with sex. He explains the sexual behaviour of man and woman. He also explains how men and women get attracted towards each other and why.

In Kama sutra there is a detailed description of how pleasure can be maximised during physical intercourse. The different poses of doing an intercourse are also explained in this famous book. Many say that the book is interesting and has a lot of knowledge in it. Some also say that this is a one of its kind book in the world.

Why he wrote it?

The historians say Vatsayana thought of writing this book cause in those days sex was not discussed much and there was a lot of ignorance. His book ensured that people got a good idea of the sexual process and they could attain maximum satisfaction. The book was very informative for the people.

In those days there were no special classes and courses given to train people on sex. However, by reading this book the knowledge of people on sex definitely improved. Even today people refer to the book to understand more about the sexual activities and the various ways of making love.

In Kama Sutra, Vatsayana clearly mentions that no one should strike a woman when in the fit of passion. There are many do’s and don’ts that he has discussed in the book. It is strange that even after so many thousands of years the points that he mentioned still holds good.

In this book he also mentions a fact that women can do with one man but men often need many women to feel completely satisfied. These are some points that also make the book controversial.

There are some points that Vatsayana makes about women that also seem controversial and debatable. He projects women as weak and who always need a man to get financial and emotional security. He also mentions how women seduce men and use sex to get what they want.

Well if we look into it in more detail. He wrote the book in an era when the society was different and woman liberalization was not as much as in the modern times. Considering this perhaps his claims were right. Any book for that matter is a reflection of the social set up of its times. We cannot criticize the author for making comments that don’t fit in the social life today.

If Vatsayana had written the book of Kama Sutra today he may have made some changes in it too. We are sure that he had never thought that the book he wrote in the fifth century will be read and referred even in the twenty first century.

Vatsayana is also criticized for the mention of who are the types of women who can be hooked easily. The list has some thirty types of women in it. This is often considered to be a disgrace on women. These assessments that he made were much generalised. He also depends a lot on the social life of his era that may not hold good anymore.

Vatsayana was a great philosopher. He wrote Nayaya Sutra that was told by Gautam Buddha. This book deals with spiritual liberalisation and the cycle of life and birth. It also talks about Moksha. The book is a brilliant work and shows the deep knowledge that Vatsayana had on the subject.

However, this particular book is not very talked about and does not find much mention when Vatsayana is discussed. His name is always associated with the Kama Sutra.

It is also unbelievable that how a man who has never experienced sex could write so well about the pleasures associated with sexual activity. It is said that he would visit brothels and he would see how people perform sex and based on his observations he wrote the book on Kama Sutra. He was a ground breaking philosopher. He had the wisdom of the sages and it reflects in the two books that he wrote.

We hope this article will help you to get a good idea of who Vatsayana actually was and how he wrote the famous book of Kama Sutra. We hope this will also help you to understand who Vatsayana actually was and how he was inspired to do his works. The other book of his named Nayaya Sutra is also a brilliant piece of work that can be read to understand the true essence of life and how to attain salvation.