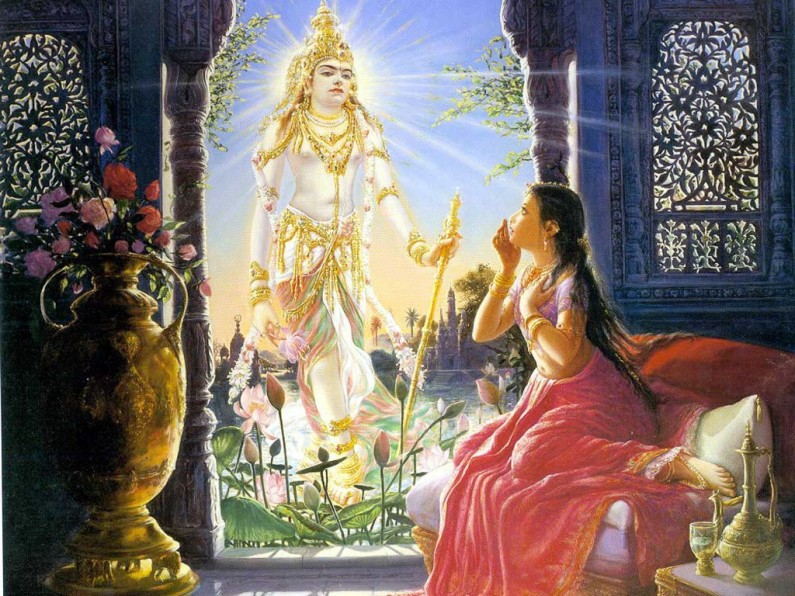 Surya is the Sun God. He is also known as the mitra or the friend. He has been given huge importance in the Vedas. Surya is the head of all the planets. He has immense powers. The life on earth is controlled by the Surya. Vedas are the ancient scriptures of India. They contain all the knowledge that is required by anyone. Surya is the head of the navagrahas or the 9 planets. He is the supreme planet. This is exactly why Surya is worshiped in many parts of the country. There are temples that are dedicated to Surya. Some of them are centuries old.

There is a dynasty called Suryavansh. It is said that this dynasty was started by Surya Dev. Lord Rama was born in this family. Sunday is the day of Surya. The three most popular temples of Surya are the Konarak in Orissa, Lolarka in Uttar Pradesh and Balarka in Rajasthan. The grandest of all the three is the Konarak. The Surya has three wives. They were Saranyu, Ragyi and Prabha. In some temples the statue Surya dev can be found with that of his wives. He had two sons Shani and Yama. They both give judgement for the people on earth. Yama is the lord of death. Yama also had a sister named Yami.

Surya was the father of Sugriva who helped Lord Rama to kill Ravana. Karna the son of Kunti in Mahabharata was also the son of Surya. Surya was always worshiped by the people. There is a section dedicated in the Vedas about how Surya Dev must be worshipped. The Surya namaskar is a very powerful mantra that is recited to please the Surya dev. This mantra is recited by the people early in the morning. The wordings of this mantra were mentioned in the Vedas. It is said that by reciting this mantra our souls can be purified. It can protect us from all the trouble and perils in life. Surya dev was worshipped by man, gods and well as the asuras.

In the Vedas it is mentioned that Surya is the eye of mitra, varuna and Agni. This is why he is given a lot of importance in the scriptures and in the Vedas. Surya is associated with fame, will power, success, authority and kingship. Because of these qualities Surya is considered a very important planet in the Vedic astrology. It is said that those who have a strong Surya will be highly successful in life.

The ones who have a weak Surya generally cannot succeed much in life. The Surya if placed in the tenth house it is considered to be the strongest. Surya is the lord of three Nakshatras namely Krittika, Uttar Phalguni and Uttara Ashadha. The Surya dev is associated with colours like red and copper. This is exactly why the gem stone ruby is advised to those who have a weak sun. This stone must be worn in gold for the best results.

There is a complete chapter in the Vedic astrology that is dedicated to the Surya. It is one of the most prominent planets and must be given the due importance by the astrologers. The sun line in the palm is the indicator of the Surya. If we have a weak sun line we will not be much successful in life. This is clearly mentioned in the Vedas. The successful people will mostly have a strong sun.

The surya dev is also mentioned in the yoga. Yoga is another knowledge that the vedas contain. The vedas clearly mention how beneficial it is to do yoga when the sun is just rising. There are twelve yogic postures that are associated with the surya namaskar mantra.

This yoga is called the surya namaskar. This yoga must be done while uttering the mantras of surya namaskar. It can protect us from many diseases. If done well this can also help in weight loss.

The Significance of Surya in Vedas is immense. We have tried to cover some of these aspects in this article. We hope this will give you a better idea about Surya.