The Science Behind Superstitions 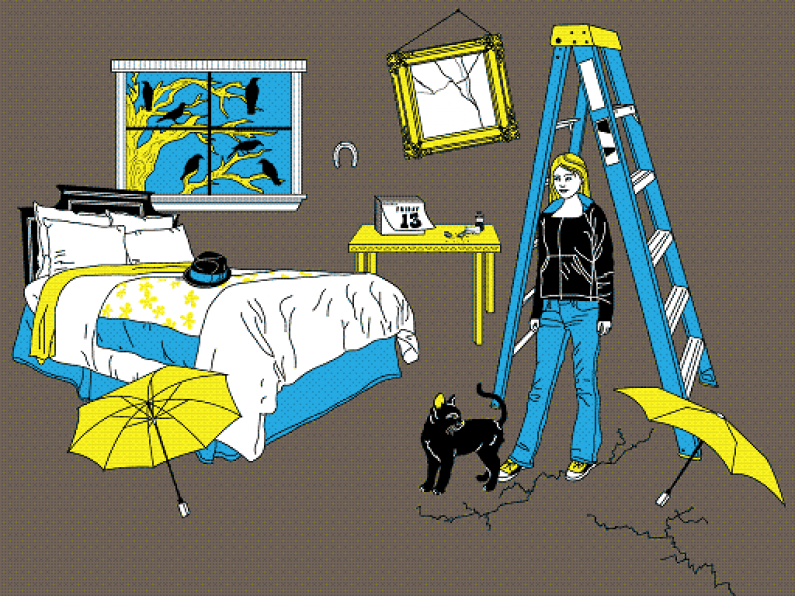 Science behind superstitions will sure seem a bit odd topic as normally science and superstitions are considered poles apart. Yet a little reflection and going through the following paragraphs will perhaps change your thought processes if you think so.

Disclaimer: before we proceed further let us clarify at the very beginning that as outlined in another article on superstition law, we do not support or propagate superstition, blind faith or anything like that. We are mainly concerned about making the masses aware about sacred and genuine ancient knowledge and techniques in the modern context.

Science Behind Superstitions: No Kidding !!

Actually everything in the universe has a purpose and some logic behind it, so it is not that superstitions just came out of nowhere, no matter how stupid or foolish they might seem to us. Some events or happenings might have led people to believe in superstitions which could be pure coincidence though. For example if you observer that every time you go out for some important work and if some particular event or happening occurs, and you are unsuccessful, you would normally start to think and associate the two. Something similar might have happened in most cases, though that is our best guess. But our question here is even if suppose one person associates a particular happening as good or bad, why would be effect any other person. The reason for this is very simple though it needs a bit deeper study.

The things mentioned above namely thoughts and energy have a very significant correlation and this has been proved and can be demonstrated in number of ways. It has been seen that thoughts are manifestations of energy and vice versa.

Mind, the storehouse and generator of the thoughts is also very powerful and its effects on material (actual world) can be seen in various ways too. So let us try to see the connection between these things and the science behind superstitions.

When the mind of a person believes in something too strongly, energy and vibrations are generated which do effect the surroundings and also have the tendency to actually materialize events. This is told to us by most positive and inspirational thinkers also apart from the ancient scriptures which have been telling this since ages.

So What is Superstition?

In simple terms, superstition is nothing but a belief which is normally negative or not in tune with what most people believe. Nevertheless when we say that a person is superstitious it means that he believes in that particular thing or superstition very strongly.

So what is this generating, this is generating energy which is trying to materialize the same thing which is associated with the superstition. Let us take an example

There are two people, one believes that if a cat walks across the road you are travelling you will meet some unfortunate incident or loss while the other person does not believe so. If both of them are going somewhere and a cat walks past, what will happen at the mental level of both persons.

The non-superstitious person will not harbour any thoughts while the other person will deeply start to generate thoughts that now something will go wrong. This energy when materializes sooner or later further strengthens the belief of that person that yes it does happen. So that belief will get even more deep rooted as it tends to act as a vicious cycle and the person will go deeper and deeper into the superstition each time it occurs.

So now if we analyze the even, the superstition worked for the person but not for the other, so does that mean that superstitions are real. Well you already know the answer by now but still to summarize, superstitions work if you let them work via your mind and create that thought process and energy which is channelized to make the superstition come true.

How To Overcome Superstitions?

As per the above discussion, superstition actually is just a play of the mind but it is not easy to overcome something which might have been ingrained in your mind since childhood and created deep samskaras. The only way to overcome superstitions is to follow techniques of mind control and become a master of your own self.

It will be a difficult journey to turn your mind and thought processes upside down so till that time if you are too deeply scared of some superstition, just for sake of everyday precaution do avoid going against it immediately but try to wipe out of your mind slowly and steadily.

So you finally see that there is certainly a science behind superstitions and a very genuine and logical one.