Learn about fascinating traditions across the globe 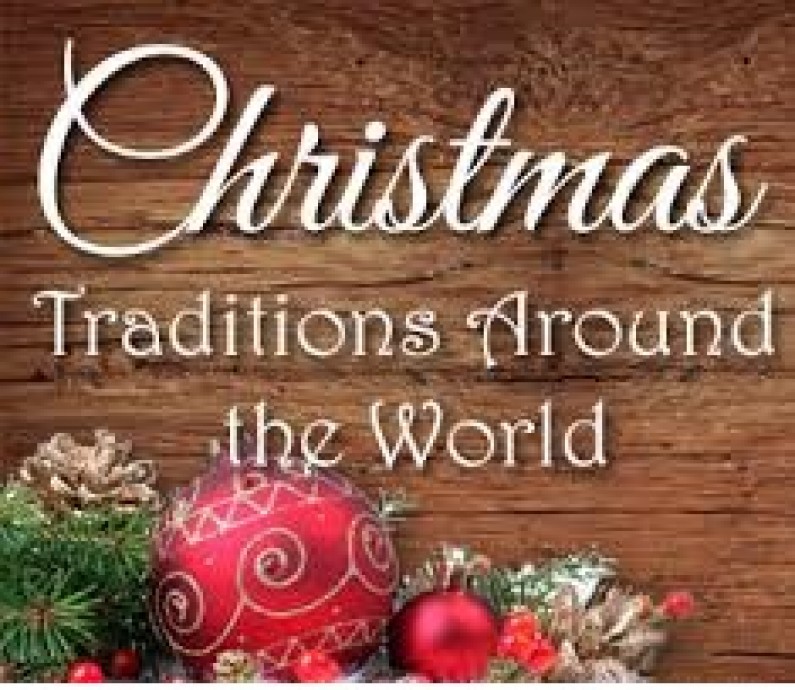 Learn how Xmas is celebrated globally?

We are in the month of December. It is the time to be merry and celebrate the most awaited festivals of all called Christmas. Christmas is a festival that is celebrated all across the world. Each part of the world has their own ways of celebrating the festival. In this article we are going to discuss some of the rituals that are followed around the world and makes this festival even more special for people irrespective of the age and background. This will help you to understand the traditions of Christmas better and also give you an opportunity to plan your next Christmas vacation in a special way.

The giant lantern festival – It is also called Ligligan Parul Sampernandu. This festival is celebrated in Philippines. It is celebrated on the Saturday that comes before the Christmas eve. It is usually celebrated in the city of San Fernando. This city is also called the Christmas capital of Philippines. This is a very special and popular festival that attracts a lot of people from around the country and the world. About eleven villages take part in this festival. It is like a competition as everyone tries to make the best lanterns. It is a fierce competition. They all try to make the best lanterns possible. These lanterns are made with origami papers which were called Papel de hapon. Now the same lanterns are made with a lot of other materials. The lanterns are as big as six meters in size. They are illuminated with electric bulbs and they create a very nice scene making the evening very special. All the villages want their own lantern to be the best. The lanterns sparkle in the night making a beautiful kaleidoscope.

The Gavle goat in Sweden – This is a festival that is very popular in Sweden. It is a 13 meter Yule goat that is built. It is kept in the centre of the square for the event. This goat was originally just made and kept as a display. However, few years back the people of Sweden started another tradition and that was to burn this goat. This started since 1966. This is a popular and a very nice tradition that makes the festival of Christmas more festive and enjoyable.

The ceremony of Krampus in Austria – The Krampus is a beast like demon that roams on the roads of the city. They frighten the kids and punish the bad people. It sounds similar to Halloween but it is actually not. So the young people especially men in Austria dress themselves up as the Krampus. This is done on the St. Nicholas day. The Krampus frighten the children with clattering of bells and chains.

The Kentucky fried Christmas dinner – This is a tradition that is followed in Japan. Well we all know that Christmas is not an Asian festival. The Asians have started to celebrate the festival only a few years back. It is a small festival there where gifts are exchanged. However, there is an exception. This is a new tradition that has emerged in the country. In this tradition it is the Christmas feast of Colonel’s very special Kentucky fried chicken. The menu is put up on the website of KFC Japan. The menu is in Japanese so there is a possibility that you will not understand it. The pictures are quite clear and they look delicious for everyone to understand. This is a feast that most of Japan looks forward to.

The Yule lads of Ice land – Another very unique tradition from a different part of the world is called the Yule lads. This tradition is common in Iceland. This starts from 13days before Christmas. You will see thirteen troll like chracters on the streets. They come out to play in Iceland. These are called the Yule lads and are named Jolasveinarnir in the local language. They visit the children across the country for the thirteen nights till Christmas. The children will plce their best shoes on the window. The Yule lads visit these houses and put gifts into the shoes for the children who have been good and rotten potatoes for all those kids who have been very naughty. The Yule lads are always dressed in traditional clothes of Iceland. They are very naughty and like to cause trouble to others. It is amazing to see these people on the streets of Iceland and even today they keep the traditions alive.

Saint Nichola’s day – This is a special day that is still celebrated in Germany. One of the very traditional customs that is still popular in Germany. On this day Nikolaus travels on a donkey at the middle of the night. This happens on 6th December every year. Similar to the custom of Yule lads on this day children place their shoes on the window. Nikoulas comes and drops little and special treats like chocolates, coins, toys and oranges into the shoes of the kids who have been good. This day is celebrated all across Germany. This tradition is more common in the Bavarian region. Nikolaus also visits homes and schools. The children have to sing a song, reciet a poem, some kids also do some drawing. Basically the children must show the talent that they have. If Nikolaus likes it he will give the child gifts. Well as per the traditions Saint Nikolaus never comes alone. He gets along with him another character called Knecht Ruprecht. He is also called farmhand Rupert. He is covered with bells from head to toe and has a dirty beard. This character carries a small whip and punishes all the children who do not behave properly or are upto something.

Hiding the broom in Norway –This is a tradition that is still followed in Norway. In this tradition all the brooms in the house are hidden. They are kept in places no one can see. It is believed that on Christmas the witches come and they are looking for the brooms so these brooms are hidden. This is an old custom that is still being followed to ensure that no brooms in the house actually go missing. If the witches get these brooms they will take them and go flying in the sky.

The national Hanukkah in Washington –The Hanukkah is a traditional festival of the Jews. It is a very popular event in the USA. Since 1979 this tradition is being followed. It all started in 1979. A giant menorah is raised on the White house grounds. It stays there for eight days and nights of the Hanukkah. This ceremony is marked with music, activities for kids, speeches and lighting of the menorah. At 4 pm each candel is lighted and the tradition is continued for night consecutive nights. This event can be attended by anyone as it is a free event. Even if it is raining the tradition is followed.

The day of little candles in Colombia –In Colombia the Chistmas season is celebrated with a tradition that is called the day of little candles. In local language it is called “Dia de lasVelitas”. It is a tradition that is followed for mother Mary and the virgin conception of Jesus. Candles and paper lanterns are placed all around the houses and the gardens. The houses and the set up look beautiful. The decorations are just beautiful and the best set up you will find in Quimbaya. It is a small town where the people in the neighbourhoods compete to see who has made the best arrangements. The aim is to keep reminding people of the miracle involved in the birth of Christ.

The cavalcade lights in Toronto – Toronto is a beautiful city that becomes even more magical in the winters. The cavalcade lights is the official start for the festive season in Toronto. The first Cavalcade lights were first seen in Toronton in 1967. These lights were basically put up in 1967 to show the city hall and the Nathan Philips square. The square and the Christmas tree are illuminated with around 300,000 LED lights. These lights are on from dusk 11 PM until the New Year. There is also an amazing firework that makes the evenings even more special and spectacular. People also participate in outdoor ice skating on these days to make the celebration complete.

These are some interesting and amazing facts about the various traditions that are followed across the world on Christmas. We hope that you will find the article interesting and informative. Try to visit these parts of the world during the Christmas season and see for yourself how interesting these traditions actually are. We wish our readers a merry Christmas and a very happy new year.