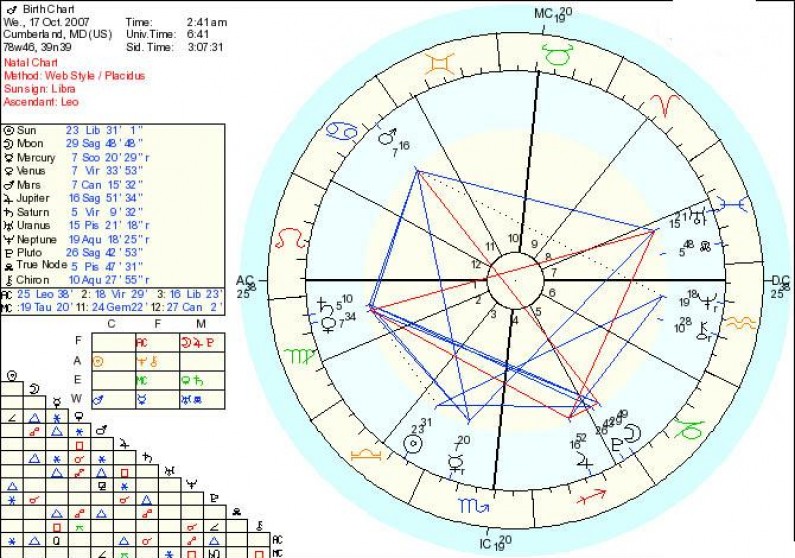 Practice makes a man perfect and so is the case with horoscope analysis. Examples can help you to find out the actual manner in which predictions are done so let us take a few examples. Change it into the following birth chart; according to Lal Kitab, considering the Lagna as in 1st house and completely the Raashis. house no. 2 for Jupiter, Mercury, Venus and Saturn;

house no.7 for Moon;

house no. 9 for Rahu

In fact, planets become exalted/debilitated according to Raashi and house as explained elsewhere.

Annual results may be predicted from the annual chart. Convert it into the following giving house no. 1 to Lagna or Ascendant. The above horoscope is the ‘yoga of Eminence’ (Rajayog). The native occupies the most important office in his profession. Study the effect on all planets in house no. 2, 3, 4, 5, 6, 7 and 10.

Here Sun, Moon, Venus, Mars are benefic, but Saturn is the most debilitated; it strikes back at house no. 2 even Jupiter is weak, being in enemy’s house and Raashi;

Saturn aspect Venus; hence, rich. Jupiter makes him restless for brothers whom he helps, but without any return; rather, he is opposed by some of them.

Ketu in 4th house makes him honest and noble.

Study the horoscope in all its aspects. It will be noticed that Rahu Destroys Mars (see permanent house no.5). Annual results may be accordingly predicted from the planets occupying houses in the annual chart for that particular year.

How to interpret this birth-chart: (Example No. 1):

Let us study the horoscope (example no. 1) from this perspective.

Similarly, Mercury is occupying the enemy’s house/enemy’s sign, hence worst results. The conclusion to be drawn is as under:

(a)       If a person is living in own house, his life is usually calm, peaceful and happy. This signifies a planet which is occupying its own house and raashi.

(b)        Similarly if a very close associate or friend of a person is occupying his/her house then also the relationship is pretty cool. In context of the example this can be seen in terms of Venus in Capricorn in house no. 10.

(c)        If the tenant of any landlord is a bad person, there there is always possibility of conflict and life becomes tough or in terms of horoscope it means a wicked enemy’s sign occupying a weak enemy’s house e.g. Saturn in Aries in house no. 1 .or Rahu in Sagittarius in house no. 9.

(d)        On the other hand if the tenant is good but the landlord is wicked, then life is hell for the tenant. Jupiter in house in house no. 10 and 10th sign Capricorn is landlord i.e. Saturn is destroying Jupiter.

(e)        A weak planet in its own house in enemy’s sign also suffers and destroys its own house like in the example Saturn in Aries in house no. 1

Another Explanation: Sun in house no. 9 is, of course, exalted but, if it is aspected by Rahu from house no. 3, it is eclipsed and destroyed.

Notwithstanding friendly or adverse planetary aspects, the following points may also be remembered for exalted or good and debilitating or weak planets: Further, if Mercury does not occupy sign no. 3 or 6, both Mercury and Ketu will be considered point lords of vacant house no. 6, but, it may be noted that where Mercury is strong and exalted, Ketu will be weak and debilitated.

In such a case, the lord of house no. 6 will either be Mercury or Ketu – the planet which is strong and benefic in the birth chart will be its lords – as house no. 6 if vacant is regarded good-intentioned in the horoscope, the weak cannot be its lord.

In all other vacant houses, the lords of their Raashi (sign) will be considered as their lords.