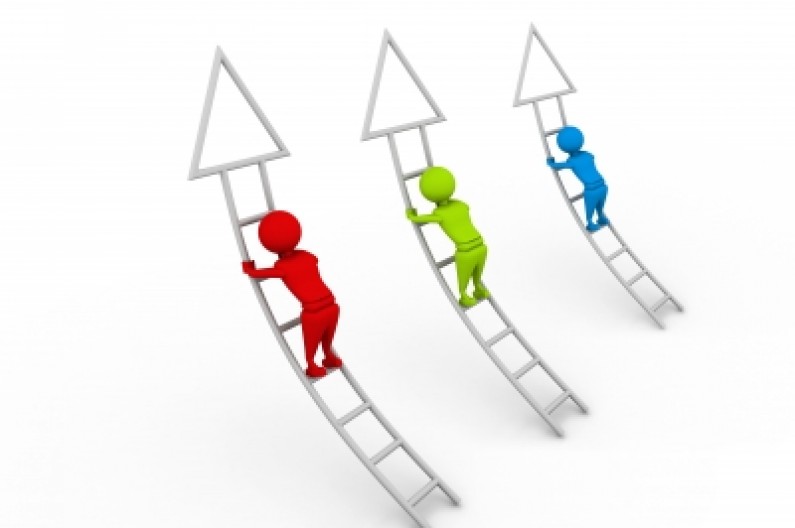 Today we are going to touch on a very common topic which is experienced by everyone and anyone but is not thought about much. This is the desire to excel and to achieve name, fame and other related gains like monetary and so forth.

This might seem like a subject which is offtopic for a portal like Metaphysics-Knowledge where we mainly deal with spiritual, religious and such aspects of life. Yet the following discussion will make you think twice and we can see how this very basic and common desire can be used to actually excel in life.

One most common myth is that you can only excel in a particular age like say when you are young or teenager. This might be true to some extent in the sense that you have more energy and vigor during this time but it is even a bigger truth that a strong desire can overcome all such obstacles and there have been unlimited number of instances where people have excelled much later in their lives.

The Desire to Excel

The root cause of the desire to excel is found in the fact that basically all universe springs from the same source which is infinite energy, intelligence, willpower and everything else that we can think of. The specks separated from this source and in the form of different atmans have a strong tendency to go back to its root source. Of course there is a veil of maya in between which does not let his happen and the mind tries to fulfill this inherent desire by trying to achieve as much as possible.

Of course in some cases this desire might be snubbed temporarily by circumstances and it might seem that the person is not ambitious while others might seem over ambitious. Irrespective of this outward difference, the fact of the matter is that all people, even those who are terrorists or criminals are basically trying to achieve this goal. Of course their way is such that they will have to bear the fruits of what they do, due to the power of karma, but their intensions are the same, whether they know it or not.

This brings us to a very interesting concept that all human beings want to excel and all people whether good or bad are actually trying to reach their inner self, so that is just another version of what is written in the ancient texts – Soul is pure in all – Love your enemy as yourself – and similar commandments in all forms of ancient texts by whatever name we call them.

The question now is, if this is a universal desire then how to utilize it to achieve maximum success in life and bring satisfaction, peace and happiness. Well by now you must have also understood that though the parameters of success are different for everyone outwardly speaking, inside they are all the same for a person considers success to be something which brings him/her happiness, joy or satisfaction.

Again there is an illusion that people fail to understand the difference between excitement, infatuation with joy and the real peace and joy which should be the parameter of success.

To actually utilize this desire is to understand that it has to be nurtured in the correct direction which is useful for the individual and the society as well. The efforts which have to be made for any outward achievement will depend on the goal but at the end of the day the energy to perform those actions which spring from the very desire to excel in that task.

What is God Gift?

We often say that certain tasks are difficult and so and so person has a God Gift to perform that task. Actually God or nature is not partial to anyone so as to lend any special talent to anyone or to deprive some from it. Whatever is seemingly a God Gift is actually a collective result of previous karma, and sometimes the karma from past lives.

So we can conclude from the above discussion that it is always good to have an ambition and the desire to excel as that is just a reflection of the Divinity within you. The more you are in tune with that Divinity the more is the expression of the Will which is reflection of the Divine Will which can achieve anything. So let not the circumstances or time dampen your spirit to achieve and this is the Mool Mantra which many great souls gave us – Do or Die. This is not a negative saying which means that either you should achieve something or you should commit suicide. Basically it means that you just keep trying and even if you die, the desire will be carried on and until you actually do it, the cycle will not end.

Some might say that the scriptures say that we should get rid of all desires so how can desires be good. Actually that is also true that the web of desires will never end so you will need to get rid of them. This is a topic of huge discussion in itself but can only say the moment that once the fire of inner light is revealed the seeds of desire will get roasted on their own and will not germinate again.

Secondly if you are desireless you will find increasing peace and joy in meditation which is infact a direct experience of what you were trying to experience indirectly in this world through name, fame and money. After all these things are transitory and once they pass away you will again be unhappy in case you did not understand the philosophy behind them and achieved them for their sake only.

Hence you should not shun desire to excel but always remember that ultimately the goals is somewhere deep within you while the external desires are just temporary garb. Then only you will realize the true power of desire to excel and its usefulness.