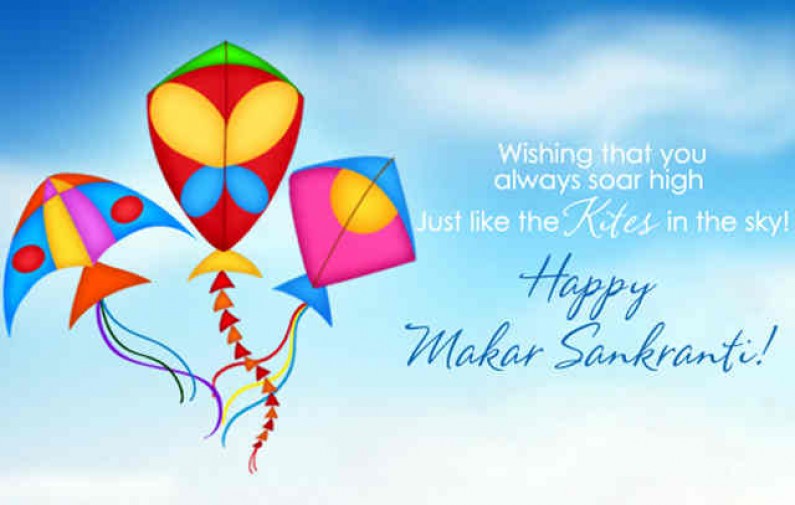 Sankranti is celebrated all across India in the month of January. It is considered to be the thanksgiving festival of India. In this article we will try to understand the essence of this interesting festival that we have been celebrating for years. First let us understand what the meaning of Sankranti is. In Sanskrit Sankranti means the migration of the sun from one rashi to the other. There are twelve Sankrantis in a calendar year. However, it is the makar Sankranti that comes in the month of January that is celebrated across the country with a lot of passion. The 4 Sankrantis that are most important are as follows:

Let us try to discuss in details about the Makar Sankranti. It is celebrated to mark the movement of the sun into makar rashi. It falls in the 6th month of the Hindu calendar year and is also called the Uttarayana period. The Hindu calendar is based on lunar positions. Sankranti is a solar event. It is mostly celebrated on 14th January and there is hardly a change. Sometimes the Makar Sankranti can fall on 15th January too. This is perhaps the only Hindu festival that is celebrated on the same day every year.

There is a theory that thousands of years back this day was celebrated on 31st December. Why is Makar Sankranti such a prominent festival that is celebrated all over the country? Well India was primarily the land of farmers. The crops were the means of earnings for the masses. Today a lot of people live in the city and to them this day does not make much of a difference. The farmers celebrate this day as a harvesting festival.

From this day the longer and warmer days begin to start. This means the nights become shorter and the days become longer. According to the Hindu calendar the phase between mid-decembers to mid-January is not auspicious. You will see that no weddings are held during this time and important work is undertaken.

The Makar Sankranti also means that the bad days are gone and the better days are about to start. Each part of India has their own way of celebrating this special day. In Punjab it is celebrated as Lohri, In Gujarat it is celebrated as Uttarayan (kite flying) festival, in Bengal and Orissa it is again celebrated as Sankranti, In Kerala it is called Pongal. The whole country gets into the festive mood and you can see a different level of energy flowing through the masses.

Jaggery is a popular item that is consumed on this day by people all across the country. Jaggery is used to make laddus, chikkis and kheer. We had mentioned in the beginning of the article that Sankranti is considered to be the festival of thanksgiving. On this day the sun god visits the house of his son Shani. Sun god was not fond of his son but still on this day he forgets all the bitterness and goes to visit his son.

Similarly the people are expected to exchange sweets made of jaggery on this day and exchange the sweets. They are supposed to forget about the bitterness and forgive each other. This is the day when people are supposed to let go of all that happened in the past and start with new beginnings.

Jaggery is definitely sweet and is a good thing to exchange on Sankranti. Jaggery helps to keep the body warm and healthy during winters. This is exactly why Jaggery is available only in winters. By distributing and exchanging sweets made of Jaggery people are ensuring that they spread the message of love and health.

Each part of India has their own special dishes that they prepare on Sankranti. In Bengal especially a lot of delicacies are prepared. Pithe is a special Bengali dish that is made with rice flour and jaggery. In the olden days there was a large number of pithes and different varieties if pithes that were prepared in each Bengali household.

The Bengalis do Lakshmi puja on this day. On this day even if your enemy comes to your house you must greet them with warmth and give them the sweets prepared at home. This is the tradition of India that is followed on Sankranti. In short it is a day for new beginnings and feeling a positive energy.

Interesting indeed are the facts behind this amazing festival called Sankranti. Today most of these sweets that we have mentioned above can be bought from the shops as people actually do not have the time to prepare all these. Some households still prepare these interesting sweets and some prefer to buy them and give to those who are visiting them on this auspicious day. Til is another important food item that is used on this day to make sweets.

Til is also very beneficial to consume in the winters and it keeps the body warm. Khichdi is again a popular dish that is prepared on this day. Different parts of the country have their own special way of preparing the khichdi. It is called pongal in Kerala and in the southern parts of the country. Khichdi is the most important dish on this day and is prepared on a large scale for the member of the family and the guests. People get up early in the morning. They take a shower and then visit the nearest temple on this day. Some of them also do pujas in their house. It is a good day to do puja.

Women dress up in nice jewelleries and sarees. Even men wear traditional clothes. Most of the schools in the country are closed on this day. It is a public holiday and most government offices will be closed. However, some offices might be open. Sankranti is considered to be a good day to start something new. In Maharashtra many women celebrate this day by doing haldi kumkum.

Haldi kumkum is a traditional activity in which the married women invite other married women to their house and gift them haldi- kumkum and some other items. This is done to ensure that the household prospers and there is no financial and health concerns in the house.

Now let’s move on to the other interesting fact about Sankranti. The tradition of kite flying is very closely associated with Sankranti. On this day it is a custom to fly kites all over the country. Especially in Gujarat even today you will see a lot of kites flying in the sky on this day. The point to be noted is that sun rays are considered to be very useful for the human body. It can kill all the germs and the bacteria in the human body. It was very good to sit under the sun’s rays in the mornings.

This would help the body deal with many health problems that are common in winters. Kite flying was a good way to ensure that kids and even elders spend some time in the sun. As kite flying is a fun activity and you have to be constantly involved in what you are doing it became a fun way to do sun basking. Thus this became a very interesting tradition that was followed all across the country and it still continues to be a good way to celebrate this auspicious day of Sankranti. Rangoli that is a special part of Indian traditions are made on Sankranti all across the country. In Bengal and Orissa rice flour is used to make rangoli. In Kerala flowers are used to make rangoli and in other parts of South especially in Karnataka rangolis are made using dry colours that are available in the markets.

Sankranti is around the corner so; we decided to bring some interesting facts about this festival for our readers. We hope that you will find this article interesting and inspiring. We hope the traditions of Sankranti will be continued to be celebrated even in the future generations with the same spirit and enthusiasm.