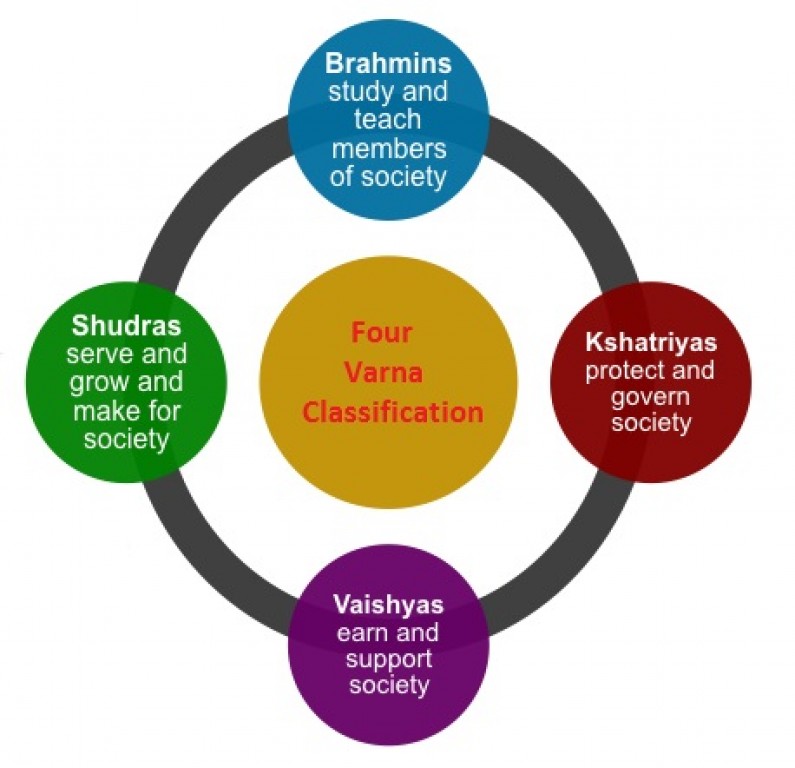 The second varna in Hinduism is Kshatriya. Varnas is the essence of Hindu society. Each varna has been assigned a certain job that they must do. For example the responsibility that is given to the Kshatriyas is to fight and protect the other varnas. The Kshatriya comes just after the Brahmins. They are the police and the administrators. They must have strength and know how to fight. The Kshatriya from a young age must be taught how to administer and how to fight for the society.

All the kings who ruled the kingdoms belonged to this varna. This is why it was regarded as the most important varna. If the king was not strong and powerful enough he would not have been able to rule the country. The society is a huge example of how the king is and how he rules. If the king is good the people of the country will obey his rules and ensure that they follow the rules made by the king. In short it was the most important varna of all. A healthy and sensible king meant a prosperous kingdom. The kings were born as Kshatriya to a king who was already a Kshatriya. It was of prime importance that only the Kshatriya married the Kshatriyas. So that the varna remains unaffected. The Kshatriyas were not even allowed to marry the Brahmins. Although the Brahmins were the superior community they were not allowed to marry the Kshatriyas. Simply because the Kshatriya was supposed to fight battles and the Brahmins could not fight as they were supposed to take care of the religious and spiritual matters.

We will be discussing the two more varnas in the next few articles. Many people have different views about the varnas. Many object to the concept saying that why the duties of a person should be decided as per the varna he or she is born into. It may happen that a Kshatriya wants to the job of a Brahmin, similarly a Brahmin may want to do what the Kshatriya does. However, the Hindu society has made it clear that there are some rules and responsibilities for the various varnas and these must be followed at any cost. Many do not like these hard and fast rules and find it too rigid.

The Hindu scriptures believed in these a lot and followed the concept of the varna to a great extent for many years. However, nowadays many do not believe in this varna system anymore and they feel that it is too much for the society and must not be followed. The Kshatriyas today are doing other jobs and are not only engaging themselves with other professions which were not theirs traditionally.

The main revolt against this system was from the Shudras. Who were considered to be the lowest among the varnas. This is actually not true. The Sudras thought that they were being targeted and they must not follow this system at any cost. With the changes in the society today we do not really see the relevance of the varnas. Only they are discussed at the times of marriages. We cannot say if this is good or bad. We can only say that some things must change with time for a better society and that is what has happened with time. Change is the only thing that remains constant and other things keep changing.