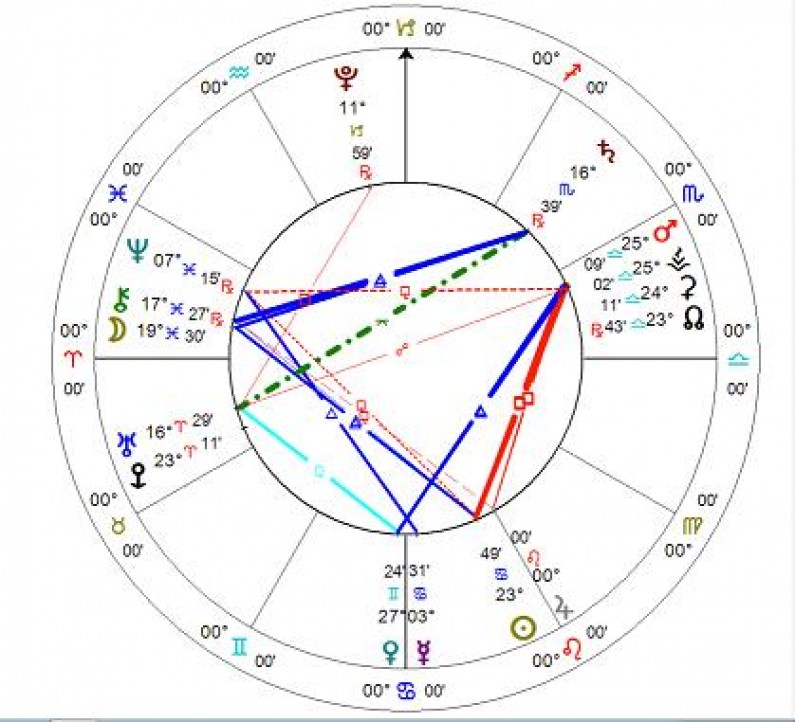 The year in which sun occupies the 1st house in the annual chart (Varsh Phal) for the first time, write down sun against that year in the chart and complete it in that order.

House no. 10 is the house of deception which may mislead-in a good or bad sense- Even when the planet of no. 10 in the birth chart occupies the house no. 10 again in the Varsh Phal (Annual Chart), it will be doubly good or doubly bad.

Planets Which Clash Or Collide

Certain planets strike against others and destroy them. They do not discriminate between a friend and foe and strike at the very roots of the victim planet. This is due to the adverse aspect at no.8 from self. For example no.1 strikes at no.8; no.2 at 9; no.3 at no. 10 etc.

Here is the graph showing how a planet occupying no.1 indiscriminately strikes at the planets at no.8 (whether friend or foe) and so on and so forth. Atonement For The Sins Of Ancestors (Pitri Rin)

It is truly said that the sins committed by the ancestors visit upon their children. They become the scapegoats for the sins of their parents. House no.9 is the fundamental one. When Jupiter is destroyed in no.9 or in no. 2, 5 and 12 by the enemy planets, it is a case of ‘Pitri Rin’ (ancestral sin or debt).

In that case remedies for all the planets in no. 2, 5, 9 and 12 are to be adopted. Suppose someone’s father or grandfather kills a dog without any provocation, the son or grandson will have to pay for that sin, even though he may have exalted planets in his birth chart.

For that he will have to adopt the remedy both for Jupiter (father or grandfather) and Ketu (dog) as suggested in Ancient texts.

List Of Various Types Of Debts To Be Paid By The Children: