Horrors of War: Humanity vs Pride 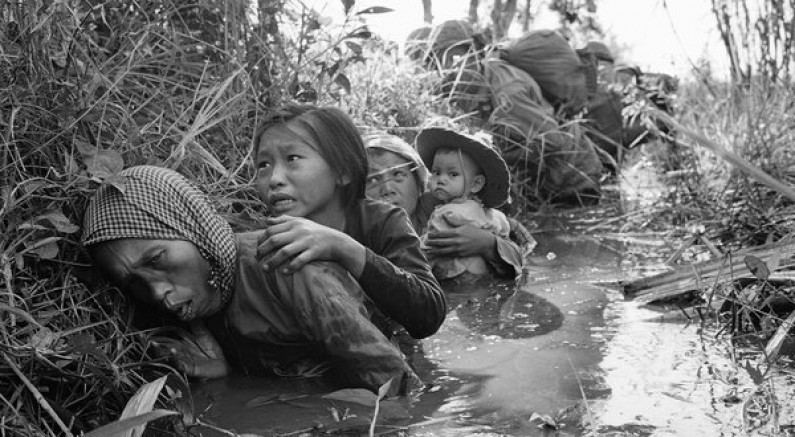 Whenever two nations are on the brink of war, there is a storm of emotions

Each and everyone has their own opinion, atmosphere is flooded with notions

Yet no one thinks from the perspective of a small child, one who knows no fear

For whom the entire humanity is his friend, and everyone is equally dear He is afraid not of pain, which is everyday with him, neither afraid of bullet shred

Ask the farmer who wants to peacefully sow his land, to produce from Mother Earth

To grow so much food, that everyone has plenty, that there is no shortage no dearth

Then after destroying all, the companies come to reap profits from reconstruction

Have we actually civilized or have we become savage, it is time we need to think

Shall we enjoy and have fun in the name of pride, when two nations are on war brink

The sensible, the wise, the sages always give out vibrations of peace constantly in spate

Just see the Mahabharta, was no hatred in general masses in the name of patriotism alone

I am not saying to suffer silently let the armed forces do their job, that is their task

But let us not make it a ruckus, let us not spread hatred and in its glory we just bask

Everyone is a brother, a sister, a mother, child, father, no matter what nation or creed

Just think of you human, what is beneath your skin, one blood, one soul, same breed

So let us make a sane atmosphere, let us condemn the terrorist but not glorify war

War has not done good to anyone, the world has seen, it doesnt make anyone a star

It is a question of humanity vs pride, let us not just destroy everyone in fake pride

The other side is just like us, they also have families, parents, siblings and bride

We cannot enjoy when anyone or any life form is killed, let us our own human form

How can you just take enjoyment in killings, can this be the social norm

Go within, dive within, then see whether you want to praise war or just pray

Only your inner conscious can guide you right, and prevent you from going astray

Give us the capacity to distinguish right from wrong, O Lord have this much mercy

Time and space differentiate us, else we are same, Delhi, London, Lahore or New Jersey