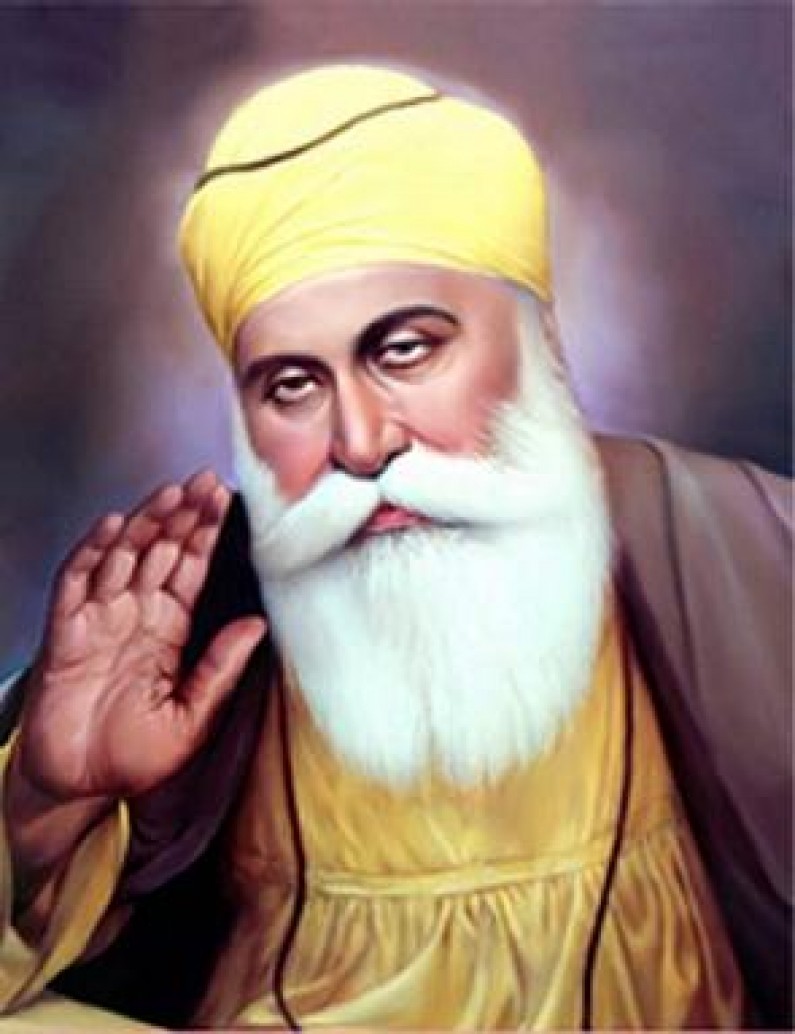 Guru Nanak Dev Ji Jayanti is on 06th November 2014, so let us find out a few things about the teachings of this Great Master. Guru Nanak Ji was the founder of the Sikh religion. He was a saint and showed his devotees the way to God. The devotees of Guru Nanak still celebrate his birthday all over the world. It is one of the biggest festivals for the Sikhs anywhere in the world.

Teachings Of The Master Guru Nanak Dev Ji taught simple things that could be followed by all. He came up with a new language called the Gurumukhi which was a simpler version of Sanskrit. All the teachings of Guru Nanak can be found in the Holy Scripture known as Sri Guru Granth Sahib Ji which is the most important religious book of the Sikhs.

Some common qualities that the teachings of Guru Nanak Dev Ji are:

2. To do away with selfishness

3. One must be brave and ready to face any situation in life

4. Mercy is a quality that is must in people.

5. Guru Nanak Dev Ji always wanted his devotees to do charity. The best example of this would be the langar. Langar is a free food service that you will find in all Gurudwaras. This food is offered to all people who come into to visit the Gurudwara.

6. Truthfulness is a quality that is given very high importance in the teachings of Guru Nanak Saheb.

8. The Master wanted His devotees to always speak the truth and stay away from false hood.

9. He also taught that justice is a quality that is of most importance in all human beings.

10. He said that people should be straight forward. This can reduce the stress in our lives to a great extent.

11. The Guru Granth Sahib Ji says that there is one god and he is the creator of all that we see around us. Until he wishes nothing can happen in the world. All the religion is ways to go to the same god who is the creator.

12. Guru Nanak Dev Ji said that “Wahe Guru” will be the mantra for all the followers of Guru Nanak Ji and Sikhism.

14. It was Guru Nanak Dev Ji who first allowed women to pursue and teach religion. Before that the women were not allowed to be a part of religion and they had to live a confined life. He considered men and women equally good.

15. Guru Nanak Dev Ji said that music has the power to connect the soul of man to the soul of the god. No wonder most of His teachings were in the form of hymns and songs.

16. Sikhism does not have cast system in it. To a true sikh all men were the same no matter what the skin colour or the social and economic background was of the person. The Master said that all humans were the same in the eyes of god. He believed in universal brotherhood.

17. Guru Nanak Dev Ji said that there is a will of god that we cannot change. Most of the pain in life is because we do not understand the will of god and we want things that were never meant for us. We should not try too hard and follow the god’s will. He will show us the way and take us to the destination that we must reach.

19. If you live a life as per the will of the god you can be rest assured that on death you will be unified with the lord and be blessed. You will also experience bliss after death.

21. The first part of the Japji Saheb is called the Dharm Khand. It means the realm of duty. This stage says that we all must follow the right path and not do the sins that cannot be forgiven. If we do so we will be able to live the right live and will also be rewarded after death.

22. The second stage of the Japji Saheb is the Gyan Khand. This deals with knowledge. This says that we must do all the duty of ours with full faith and sincerity. When a person can do so he will reach a stage of bliss.

23. The third stage in the Japji Saheb is called the Sharam Khand. This means the realm of ecstasy. This says that the teachings of Guru Nanak Dev Ji must be made a part of our lives. So that it becomes a habit. Only then we will be able to make the most of it and our lives will be better and more religious.

24. Fourth stage of the Japji Saheb is the Karam Khand. It is the part which is also called the realm of power. The one who has complete faith in what the God teaches becomes a strong hero as he shows unfailing faith. He becomes so strong that no one can defeat him. This person also loses the fear of death. He knows that post death god will take care of him and guide him.

We hope that this article on teachings of Guru Nanak Dev Ji will help you to understand the concept of Sikhism even more. You can practice these points even if you are not a Sikh since the teachings are simple yet so deep and universal. Have a great Guru Nanak Dev Ji Jayanti 2013 and have peace and prosperity in your life.