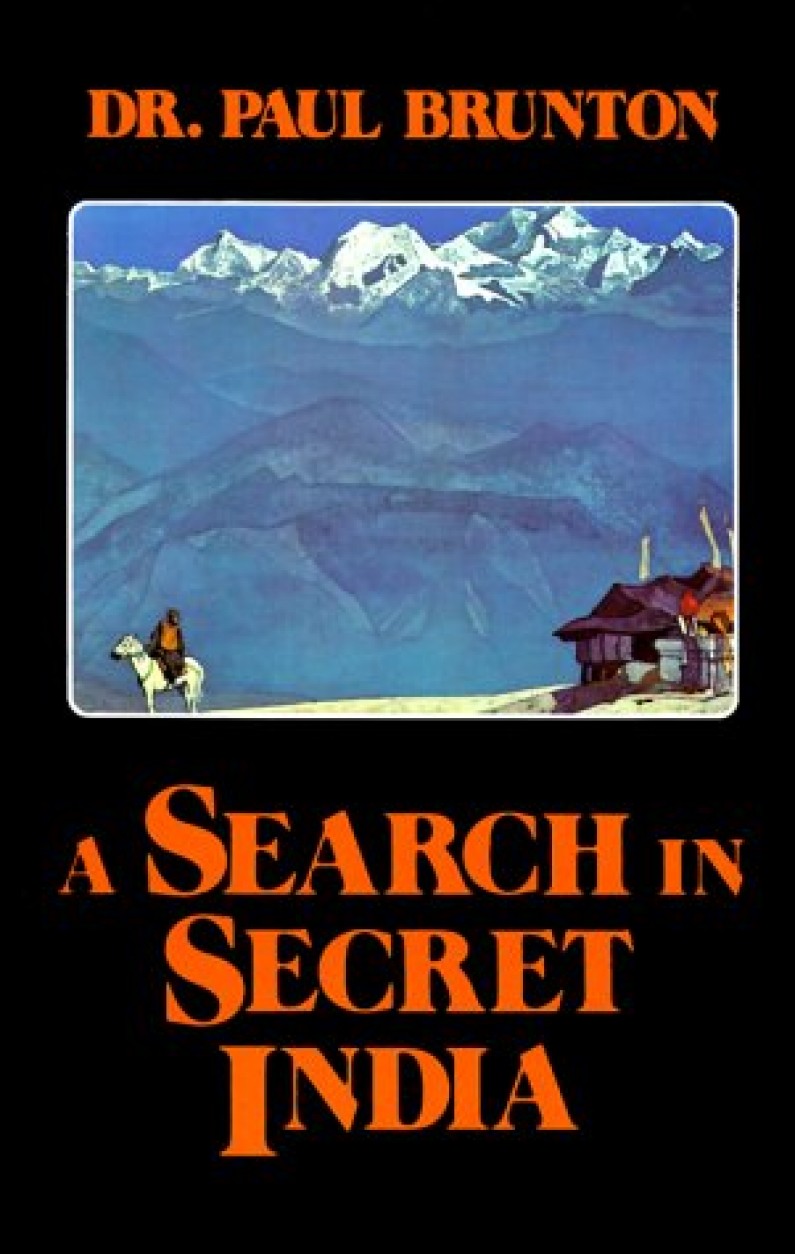 We have already published a formal detailed book review on this popular book titled “A Search In Secret India” yet we wanted to write an informal post about the same too. For those of you who are not familiar with the title, it is a biography written by Dr Paul Brunton, about his travels to India and how he got transformed from an atheist to a true believer in Spirituality, not because of falling prey to any sort of dogmatism but because of genuine experiences and realization which he got by meeting several spiritual masters, including the Great Sage of Arunachala whom he finally accepted as his Guru, Sri Ramanna Maharishee.

The title of book actually signifies that the India which the author was seeking was not to be found in the upcoming metro cities like Bombay (Mumbai) etc but he wanted to touch base with the very essence of the teachings which formed the fundamental core of the spiritual world. After getting independence, India progressed pretty fast materialistically yet somewhere the real treasure seemed to have been forgotten and people were more after the worldly possessions. So the secret that Dr Brunton sought to discover was not in the form of any hidden treasures but was the treasure hidden within the self or the own true self, beyond the egoistic I, which could only provide the solution to all miseries of the world, and it was the universal answer irrespective of caste, culture, region, religion or race.

Treasures as a matter of fact are always hidden from public view, whether we talk of material possessions or even knowledge of any form. Take for example a personal matter, you may like to flaunt that you have so and so possessions in front of your friends and other people, yet you will never publicly display the possessions openly as you would always try to hide what is dear to you, it is a natural tendency. You will not put your jewellery on display across the street for every passer by to see.

Similarly the Sages and Seers do not keep distributing their knowledge obtained from the lineage and years, perhaps lives, of dedicated efforts to every casual visitor. So was the case with Dr Paul where he had to travel around nearly the entire length and breadth of the country to search for true master, some of them just dismissed him while others were not genuine. It was only after a long time of such efforts that slowly and steadily the desire in him to know the truth turned into a burning zeal and it is then that he came across Ramanna Maharishee and had the opportunity to stay with him and find enlightenment.

Even as the Guru said in his own words “Gunpowder catches fire in an instant but a wet log of wood will take ages to burn”, so we all can just keep doing the efforts to make ourselves ready and prepare for the highest knowledge, it is when the right time comes that the Universal forces will come into action and lead us to the right path.

Infact this is exactly what the Bhagwad Gita mentions that just keep doing your karma and do no worry for the fruits (for if you keep worrying it wont help you but only will weaken your efforts and delay it further). This is true for any pursuit in life whether it is material or spiritual for once you reason, think and decide on the journey, just keep moving forward and whatever goal was desired will be achieved some day or the other. If you keep looking back and changing your thoughts and determination it will not gather the momentum required to catapult you to the levels of success.

The main thing about this book (A Search In Secret India) is that it does not present the facts in a heavy overhead transmission language but in the language that we speak and what we understand and can correlate with our daily lives and experiences. Of course that does not mean to say that whatever is being said in deeper philosophical language is not of value, but that is mostly for the advanced users who have some level of knowledge and experience. In the parlance of common language you could say that it is just like the difference between graphical user interface and command line interface, the latter is more powerful and direct yet cannot be used by everyone.