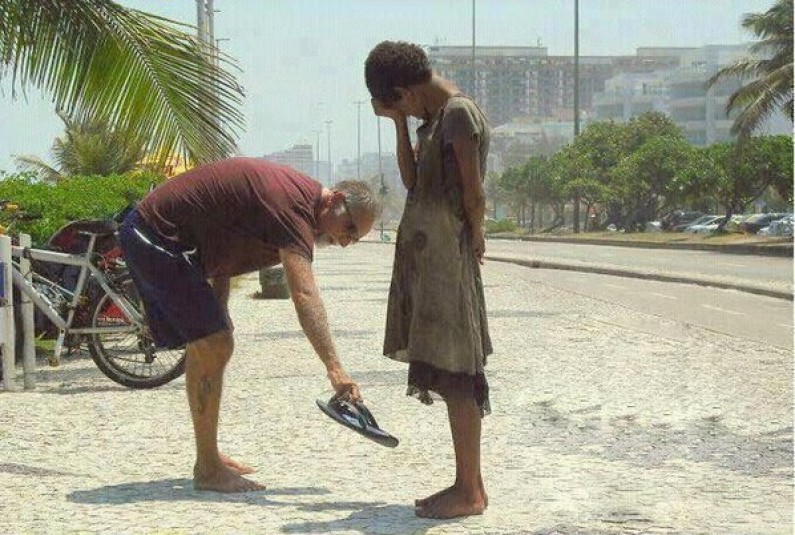 Daan or charity has been identified as one of the greatest punyas or good karmas in the scriptures. Of course the scriptures also go on to state that the main purpose behind daan should not be even to gain good karma but to genuinely help someone, although it is bit paradoxical in nature since doing selfless daan even leads to greater good karma or punya. However without going into this vicious circle of wanting good karma or not, one important thing is to donate our goods, money or services to a genuine cause or person rather than wasting it.

How to identify genuine needy?

Unfortunately in the today’s world even begging has become a profession and statistics say that a large  number of beggars are actually a part of organized networks whose profits goto top few management people, without the lower levels only getting enough to sustain themselves so that they continue to appear deprived and earn more money. This might seem inhuman for some, especially from the western world, but the truth is that in many developing countries, it could be a scam and the humble, deprived person in front of you could be actually just a point of collection and all the help you give could go waste.

What can be done?

There are many aspects to the problem and although we could end up saying that controlling such organized begging which is more or less a crime due to exploitation of children and vulnerable groups like women and aged, is a responsibility of the government, we too can do something about it. How do I help?

It has been said that human beings are basically pure from inside as their soul is a reflection of the Almighty so we all like to help others, but mostly we lack the time or instinct to take out time to find the genuine needy. The result is that we end up giving at some convenient place like a sanstha, organization, NGO etc.

We are not saying that this is wrong, for most of the NGOs work for good cause and only few are fraudulent which is increasing with the rise of internet services. However wherever possible you can take out some time to spend a holiday on identifying genuine needy around you and helping them out.

It will require some efforts on your part and certainly this is only possible if you have even just a slight desire to do so, otherwise it will seem like a pain in the…well “neck”. I could go on talking about the above stuff with so much logic and counter-logic but let us come straight to the point and find out what are the ways you identify a genuine needy.

If you find any old person who is homeless and helpless, it is certain that he/she is the best candidate for helping and it will give you immense blessings. You can help by providing any necessary items or food. Nuclear families are the bitter truth of the day and modern day kids prefer to enjoy life with their spouses and often throw out the people who raised and nurtured them. It is our duty to do whatever possible for such people.

In Asian countries and the developing world, the condition of ladies is not as good as their western counterparts and people leave them along and the society tends to look at them with wrong intentions. It is good if you can help any such lady by may be providing some means to sustain themselves like a sewing machine or anything else.

It is one of the best places to find a genuine needy person and if you goto any hospital, you can find many people who have various ailments and may not have money to buy medicines. You can help those people by providing any possible help within your means

Many people are poor but not beggar like small time rickshaw pullers, hawkers etc who work hard day and night in the extreme weather. We can help them by providing some means to make their life better. For example if an old person is selling vegetables you could provide them with a motor rickshaw.

There are some beggars who are not needy but have collected large amounts of property by making fool of people. They have well established profiles in the world of begging.

These people cannot be said to be fully wrong as there is some proportion who are genuine but unfortunately most of them take advantage of the circumstances of people to guide them in a way to extract maximum benefits for themselves. Try to stay safe from such people and have faith in the Almighty rather than them.

Money is at the root of most sins and in this case also try to give minimum cash and more of stuff to the people mentioned above. Money can be looted or misused and incase it is required you can buy them stuff rather than giving cash. Even the stuff you give should be given in a condition that is not misused. For example if you give bananas, give single pieces rather than whole bunch so that they cannot sell it back to the shopkeeper. Similar blankets should be without any packing.