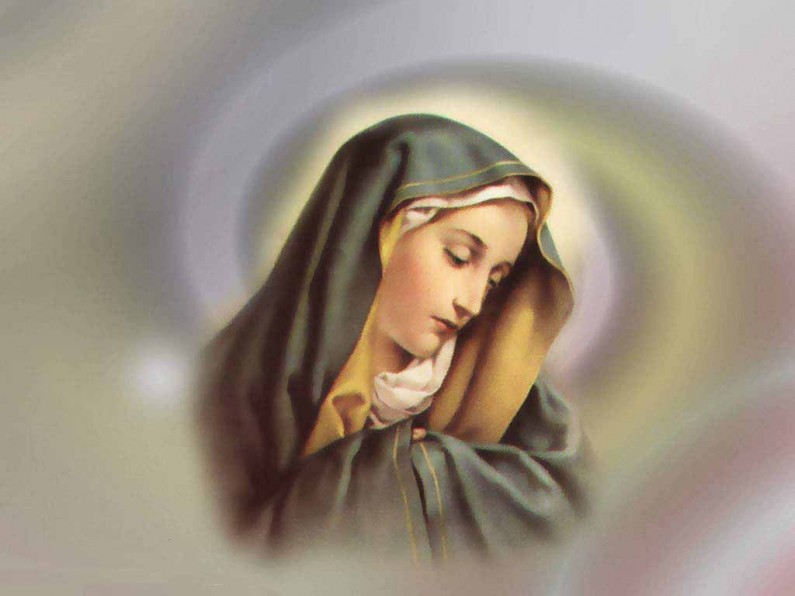 In Indian mythology you will often see the mention of women getting pregnant without losing their virginity. There are many mentions like this. For example Kunti the mother of Pandavs and Karn did give birth to all her children without losing her virginity. The same goes with Mother Mary, it is said that she too was a virgin when she gave birth to Jesus. Actually there are many such mention of women giving birth when they are still virgins in both Indian and western mythology. In this article we will try to understand if this is actually possible or it is nothing but an imagination.

The mention of this similar incident across the world in different times and in different cultures makes them more alluring and compels the mind to think more about it. Today if we look around there are many animals that still follow the virgin birth. For example they are born without intercourse. They are born from just the mother alone.

This process in science is called parthenogenesis. In this a cell especially an egg splits inside the body of the animal and fertilizes itself with another cell. It is possible that the cell is not split I an even or identical manner as a result an embryo is created that can be carried to term. This actually happens even today but in animals and reptiles.

Well the most important point is that in man and especially in mammals parthenogenesis is not heard of. Even if by a co incidence parthenogenesis happens in mammals giving a parthenogenesis birth is not possible as the fertilized egg cannot complete the full term of pregnancy. In the last thousands of years man has not heard of virgin conception happening in reality. It was only in the time of mythology that this was possible.

Thus another theory that can be thought of is that perhaps in those days it was possible to have parthenogenesis in humans too. There was some way that parthenogenesis could happen in humans and was triggered by something or maybe a force. In human what happens is the egg’s cell divide and only then the sperm can enter the egg.

If the sperm enters the egg at the right time there is a chance that pregnancy may happen and a child will be born. However, if the process fails no pregnancy happens. In parthenogenesis there is a process involved that is called imprinting.

Well virgin conception is a subject that has often interested people from all over the world especially scientists. The point is simple if so many places in mythology refer to this process there has to be something that led to this. No matter what is said science will not believe something until it is completely established with facts.

In 2004 some scientists in Japan tried to overcome the problem of active and inactive genes. They altered the imprinting genes in the eggs of a mouse. It was done with genetic alterations. It was possible in a lab; in a natural situation creating this was not possible. Even if genetic mutations overcome imprinting it would only mean that Jesus had X chromosome only. This would make him more her than him.

Although there have been many setbacks in proving that parthenogenesis in humans is almost impossible, science has not given up. Even today the research is on. In 2012 a book was released and was authored by Aarathi Prasad. The book was called “Like a Virgin”. There are some very interesting theories that she puts forward in the book and some of them are:

The theory seems more of a concept that reality. There are no such cases ever reported in medical history. However, in 2000 a girl was born with this condition in Mexico. The scientists are waiting to see that if it will be possible for her to conceive without intercourse and give a virgin birth.

No matter what is said it is possible as per science that a virgin birth happens. However, it is a case that can happen in a very rare situation. It was god who created Jesus and implanted the foetus inside the womb of Mary. Maybe god created Y chromosome and put it inside the womb of Mary. Not only Mary in the case of other women too who as per mythology conceived without intercourse.

What is important as per religion maybe cannot be explained by science. All these births indicate that god is great and they can do the impossible if they need to and they want to. God and universe has their way. We cannot disapprove a theory merely because we do not have the proof. No scientists will tell you that virgin birth is a myth. They will tell you that it is possible but it is something that is very rare. It is a matter of faith and people will always believe in virgin birth because all the religious books talk about it being possible.

In modern history there was only once case reported of a woman having a child without sex. It was in 1988. A 15 year old girl gave birth to a boy via C section. She was born with a virginal opening, it is a rare condition. She was giving a blow job to her boyfriend when her ex came in and stabbed her abdomen. The sperm which was in her abdomen went into the reproductive system due to the wound in her stomach. Many say this is difficult but it actually happened and has been recorded in medical journals.

There are many things that are mentioned in mythology and we more than often discard them as just folklore or believe that people had. However, what is important is that we try to get into the details of these interesting mentions in mythology and I am sure the facts that will come out of it will bewilder our minds. We hope that in the future we will get to know more about this process as science makes more progress in this field.